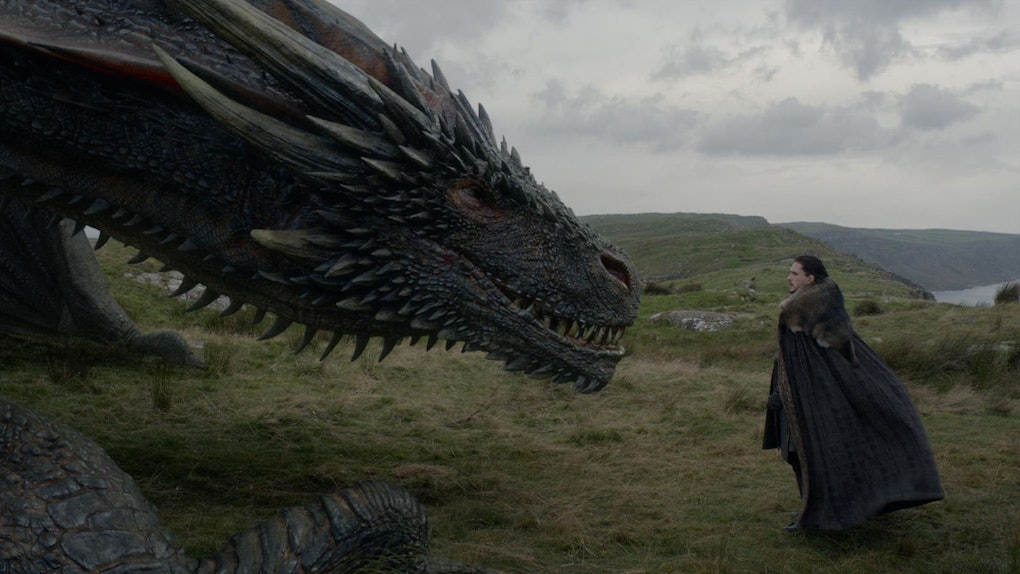 Dangerous battles and deadly creatures aside, the land of Westeros on Game of Thrones seems like a fun place to explore. We all have secret dreams of wearing a furred cape, taming dragons, and sitting on the Iron Throne, right? Binge-watching the HBO drama until the premiere of its final season on April 14 may fuel your dreams of meeting Starks and Lannisters, but diehard Thronies probably want something more. Fans are now in luck, because a Game of Thrones studio tour is coming to Northern Ireland in 2020. BRB, booking my plane ticket now!

The New York Times reports that HBO is transforming one of its Game of Thrones studios in Northern Ireland into an interactive exhibit of the drama's sets, costumes, and props. Items used throughout the series will be rebuilt and restored by the same professionals who originally crafted them for filming. The tour is also expected to feature breakdowns of how the series' more technical scenes were produced. Slated for a spring 2020 opening, the project precedes potential plans to turn three other Northern Ireland filming locations into tourist sites.

While HBO hasn't announced official plans about followup studio tours, its first exhibit at Linen Mill Studios hits close to home for Game of Thrones viewers. Located about 25 miles outside of Belfast, the site hosted filming for scenes at Winterfell, Castle Black, and a handful of sea battles. The show's other Northern Ireland locations, which may or may not turn into tours someday, include the King's Landing set in Belfast and the Wall in an Irish quarry.

In a statement, Jeff Peters, HBO's vice president for licensing and retail, said, "It’s going to be an immersive experience where fans will feel like they are inside their favorite sets from the show." Well, just call me Khaleesi and grab me a sword.

According to the Times, the Game of Thrones tour looked toward London's Warner Bros. Studio Tour: The Making of Harry Potter for inspiration. But while the eight Harry Potter films stuck to shooting within the United Kingdom, Game of Thrones always took an international approach to stories. Although the majority of filming occurred in Northern Ireland, the drama also brought actors to Croatia, Spain, Morocco, Iceland, and more to fully achieve the multifaceted looks of the Seven Kingdoms. If you happen to be crisscrossing Europe, tour companies still offer explorations of these more exotic filming locations.

The announcement of the studio tour comes ahead of the Belfast opening of the Game of Thrones touring exhibition. Like with the plans for the studio tour, the traveling exhibit features sets and costumes from the drama. Fans based in the United States finally got to participate in these immersive experiences when Game of Thrones: The Live Concert Experience traveled throughout North America in 2018.

With the series ending and the studio tour setting base overseas, it looks like American fans will still have to live vicariously through video footage for their Game of Thrones fun. At least they have time to budget accordingly and go on the tour one day!

Season 8 of Game of Thrones premieres on Sunday, April 14, on HBO.