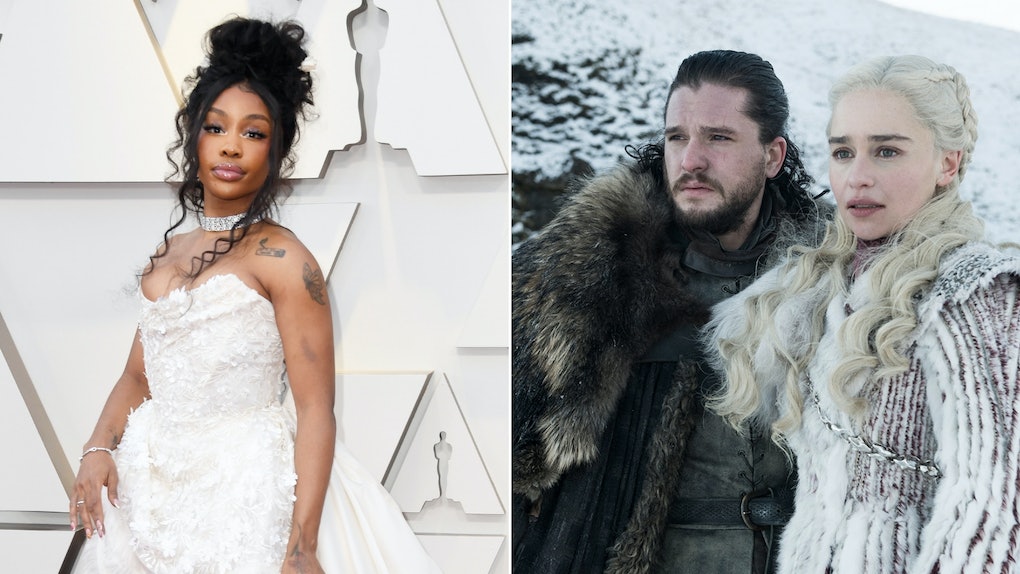 A 'Game Of Thrones' Song By The Weeknd, SZA, & Travis Scott Is Coming Sooner Than Winter

Westeros is getting a whole new sound in the final season of Game of Thrones. The HBO high-fantasy series is traditionally scored by booming, medieval-sounding instrumental compositions, but apparently, the show is bringing in some of the biggest names in modern R&B to create a new song that will be featured in its upcoming eighth season. A Game of Thrones song by The Weeknd, SZA, and Travis Scott is going to be released soon, according to Pitchfork, and it will also be part of the show's farewell season.

There is still no word on what the new song will be called or what it may sound like, but Pitchfork's sources claim that Game of Thrones approached The Weeknd to record an original song tied to the conclusion of the show, and The Weeknd brought SZA and Travis Scott in on the project. The source also claims that the song the trio recorded will be featured at some point during the upcoming eighth and final season of Game of Thrones. The Weeknd and Travis Scott collaborated before on Scott's 2016 track "Wonderful," and SZA worked with Scott previously on her 2017 single "Love Galore."

This music news will definitely come as something of a surprise to Game of Thrones fans, since the show has only rarely included lyrical songs in the past, and those past songs have always been far from the soul and hip-hop genres that The Weeknd, SZA, and Travis Scott are best known for. That said, this will not be the first time that Game of Thrones has gotten a modern pop artist to sing an original song within the series. Last season, Ed Sheeran randomly popped up as a Lannister knight to sing an a cappella number called "Hands of Gold," which was inspired by medieval bards and old hymns.

It will definitely be interesting to see whether The Weeknd, SZA, and Travis Scott go in a similar direction as Ed Sheeran did with his song and create a more simplistic, hymnal sounding tune that seems to fit with the themes of the series, or whether they will record a sleeker, more modern R&B track that their fans are more likely to expect from them and shake up the aesthetic of the series for its final season. I mean, although Game of Thrones is clearly rooted in medieval lore, this is still a fantasy series after all, so anything is truly possible... including The Weeknd's signature synths.

All we know about this mysterious new Game of Thrones song right now is that it is reportedly set to be released sometime soon, which makes sense because the final season of Game of Thrones premieres on Sunday, April 14. That "soon" does not necessarily mean the new track will be featured in the season premiere, though. The farewell season will only consist of six episodes, ending in the series finale on May 19, just a month after the premiere, so this new song could really pop up at any point throughout the new season.