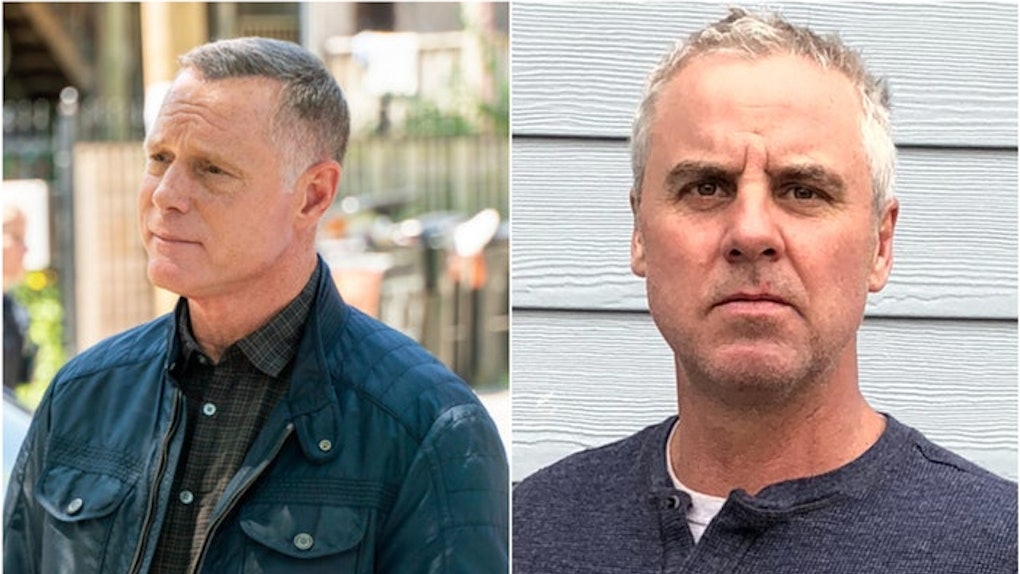 A 'Chicago P.D.' Stunt Double Details A Typical Day On The Job – EXCLUSIVE

TV dramas are often known for tense confrontations and fast-paced action sequences, but in the heat of the moment, viewers probably aren't thinking of the logistics of those death-defying stunts. For Chicago P.D. stunt double Tobiasz Daszkiewicz, these moves are second nature.

On NBC's Chicago P.D., which has filmed on location since its 2014 premiere, Daszkiewicz performs stunts for actor Jason Beghe, who plays Intelligence Unit Chief Voight. The Chicago native remains close to home by also working on Chicago Fire, where he serves as stunt double for Taylor Kinney in the role of Kelly Severide. Daszkiewicz, who credits time and experience as factors helping him reach success, has also performed award-winning stunts in The Dark Knight, and his other stunt credits include work on Empire, Shameless, and The Dark Knight Rises.

"The schedule’s always different," Daszkiewicz tells Elite Daily. "Every single day is something completely different than the last day. That’s what I enjoy most about it, every day is a new day."

Although he's worked on nearly every TV and movie production filmed in Chicago since the late 1990s, he views his involvement in the Chicago franchise as a career high. "[On] Chicago Fire, we’re dealing with heights and fire and explosions and rigging, and then on Chicago P.D., we’re doing car chases and fights and gun work," he says. "Both of those together, it’s like I’m covering the whole spectrum of all the stunts. It’s just fantastic."

Of course, performing a stunt on set is only one aspect of his job. Years of consistent athletic training are a must for a successful stunt performer. "You have to stay fed," Daszkiewicz says. "You have to stay athletic and in shape, and we train — you know, fights, falls. You never just stop learning or training."

When it comes to interacting with actors off-camera, Daszkiewicz "get[s] out of their hair," but communication is key before he takes over for a stunt. "I can give them some tips on how to go by it; you know, certain footsteps, certain sequence," he says. "So we try to work everything out as much as we can before we’re actually doing it."

On Chicago Fire, Kinney often performs his own stunts. "He’ll ask for some advice sometimes, but he’s incredible," Daszkiewicz says. "He’s a pleasure to work with. He’s fearless and he’s got guts ... It’s easy to do a stunt, but to act and do that stunt together, it takes a lot of talent."

As a stuntman, Daszkiewicz mimics actors' movements, but he's learned a thing or two about the craft from them as well. "[Beghe's] got an incredible sense of detail and he thinks about films [in a way] that other people aren’t," he says about his Chicago P.D. colleague. "That’s how dedicated he is to the role."

It's clear Daszkiewicz respects his colleagues, and just as he offers advice to actors, he has wise words for aspiring stunt performers. "Do every single sport that you can do growing up," he says. "Get into horsepower, like with cars and motorcycles and four wheelers. Try to do gymnastics so you can have that aerial self-awareness. Any kind of karate and self-defense always helps. Just do as many different things as you can because you never know what you’ll go for."

Maintaining variety in training has paid off for Daszkiewicz, who enjoys the thrill of arriving at a set before a scene. "The most glamorous thing is [being] able to perform these stunts that you know a lot of people spent a lot of time preparing for and it’s up to you to make sure all goes well and goes through," he says. "I’ve been at a couple sets where it was a million dollars to build this set and we’re gonna blow it up and we only have one shot at it."

Take note, adrenaline junkies: The quick execution of stunts doesn't usually apply to the rest of the day on set. "[There's] a lot of waiting," Daszkiewicz chuckles. "You're ready to do this but you got to wait for half a day until they get to it."

Still, at the end of the day, Daszkiewicz's love for performing outweighs his job's slower moments. "I love going in and doing a gag and performing and making the shot work," he says. "I try to do many scenes and shots with just one take, and the deal’s good when you get it done in one take. Everybody’s happy and you move on and make a great product."

Daszkiewicz comes across as modest in his explanation of work, and as he and I near the end of our conversation, he makes a remark that feels fitting for a stuntman's responsibility to elevate a scene in a smooth, unobtrusive manner.