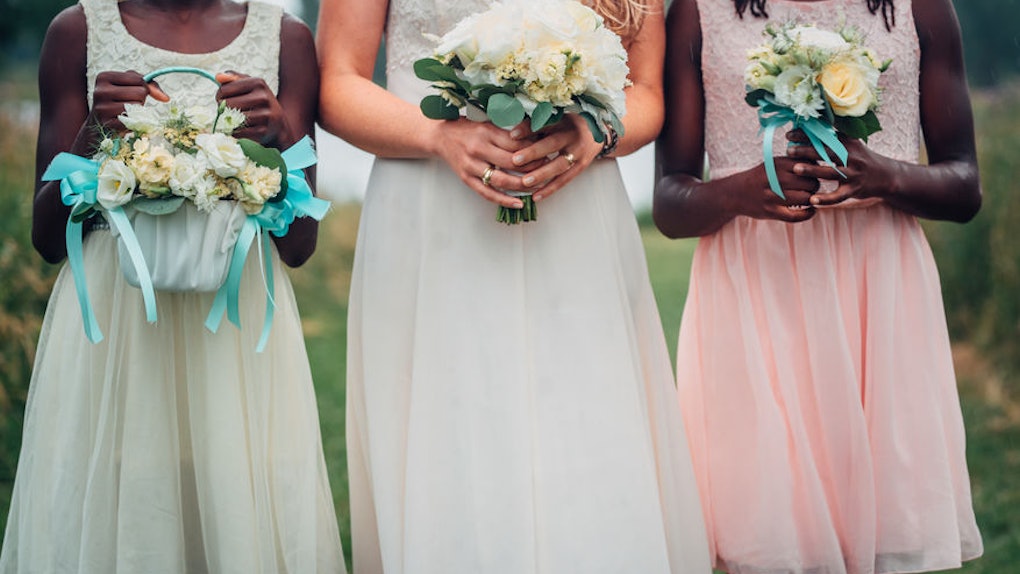 Some of the best weddings I’ve attended have been destination weddings. You get to go away with a big group of your friends, celebrate, make amazing memories, and it really does feel like an event. But let’s be honest: There is a lot more work involved in a destination wedding— including the cost of traveling. But imagine you’ve booked for yourself and your family, and at the last minute, the bride bans kids from the wedding. Inconvenient, to say the least, but exactly what happened when a bride banned her bridesmaid’s son from her destination wedding, and the bridesmaid took to the online forum Mumsnet to air out her grievance.

According to the post, it all started back in January 2019 when she was invited to attend a July 2019 wedding in another country. “She asked me to be a bridesmaid. The wedding invite stated ‘no children’ and when I queried this she said they were having an adults only wedding — except obviously their own children would be there (1&3). She told me that as I am a bridesmaid, my son (2) could come, and she also knows I have no childcare options (dad too old and sick, no parents on husband's side),” explained the bridesmaid.

The bridesmaid was thrilled to be invited and to get to be a part of the wedding, so she got everything organized in advance of the big day. “My husband and I book the time off work, the accommodation and the transport. Everything is now paid for,” she said. That’s when things took a turn toward the awkward — to say the least. “Today she has told me that my son can no longer come with us as they have decided it really is adults only and they don't want the stress of children. She suggested I come alone and leave my husband at home with our son,” she said. “I understand that it is her wedding, and therefore her rules. After all, they have paid for it. But to say yes and then change your mind? When everything is already booked?”

The bridesmaid posted about her wedding drama on the forum to ask others what they would do in her place, and if people felt she was being unreasonable for being upset. No surprise, the internet had feelings on the subject.

“Wow — she is completely out of order here, particularly as it is a foreign wedding and you have made plans and paid for everything. That is not ok,” wrote one user. “She is most definitely [being unreasonable]. I’d tell her to stuff her wedding and use it as a holiday with [your husband and child] (or ask her to reimburse your costs),” wrote another. Some posters questioned if the bride was really a good friend at all. “What an awful friend — and telling you after you’ve booked! She’s no friend. She’s just an entitled brat — she knows your situation too! Awful behaviour,” another user chimed in.

However, the bride did have a few defenders who felt she had the right to change her mind on her wedding day. “You say 'best friend'. And if that's really true, then I would say do whatever she asks,” wrote one.

While being a part of — or even just attending — a friend's destination wedding can be a really incredible bonding moment, it does come with some added stress for everyone involved. Stress that can make people do unexpected, and even rude, things. Take a breath and try to remember why you love your friend. And if all else fails, focus on the cake. Everything's better with cake.