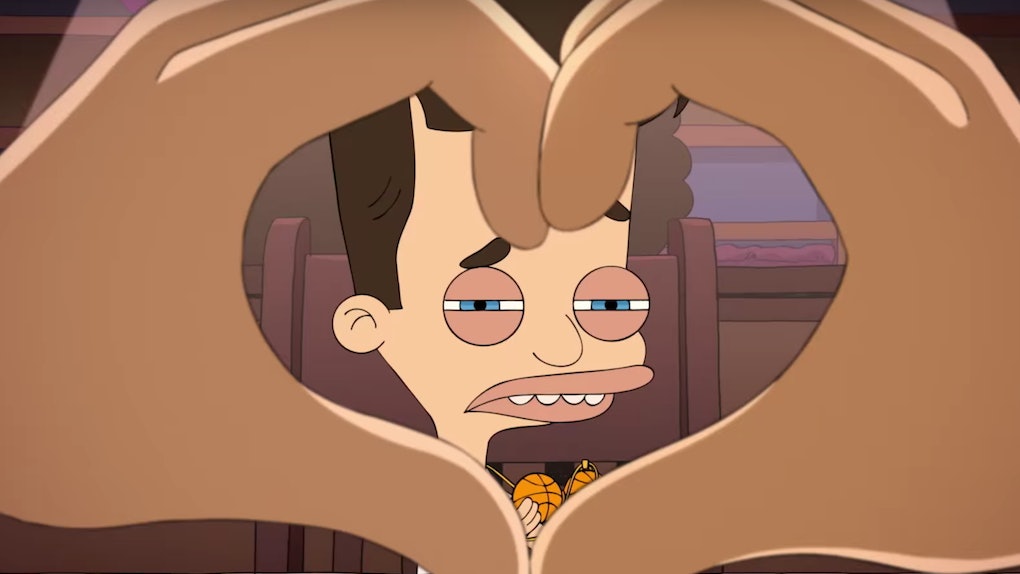 Netflix has been nailing it when it comes to releasing the perfect holiday specials recently. The streaming service premiered the spooky Chilling Adventures of Sabrina for Halloween, and hit us with a ton of new Christmas movies after that. And now the network has the perfect special for Valentine's Day, because no other show could make the lovey-dovey holiday as hilarious as Big Mouth. A Big Mouth Valentine's Day special is hitting Netflix in just a matter of days to highlight all the awkward and gross elements of Valentine's Day.

Big Mouth: My Furry Valentine is set to premiere on Netflix on Friday, Feb. 8, giving fans plenty of time to watch the new special before Valentine's Day. Netflix announced the new special episode by releasing a trailer, which will give fans a bit of an idea about what Big Mouth: My Furry Valentine will be about. The trailer reveals that Nick will be working stuff out with his new Hormone Monstress, who was assigned to him in the recent Season 2 finale, and Andrew will attempt to be laid back about the holiday that usually causes him to freak out.

The trailer also shows that Matthew, voiced by Andrew Rannells, will be a big focus of the special, as it appears he will attend a Valentine's Day dance with Jessi. There are also, of course, tons of sex jokes to spare in the trailer, which you can check out below:

The new special episode comes a little over four months after Big Mouth's second season began streaming in full on Netflix. That season finale dropped a ton of major changes for the characters, as (spoiler alert) Nick and Andrew visited the dimension of the Hormone Monsters to rescue Jessi from her depression, which was personified by a large Depression Kitty. Nick also ended up with yet another new Hormone Monster at the end of the series, but this time it was actually someone we have seen before: Jessi's former Hormone Monstress Connie. The Big Mouth: My Furry Valentine trailer showing Nick and Connie are speaking to one another makes it clear that this special will indeed be set after the events of the Season 2 finale.

Big Mouth: My Furry Valetine also marks the latest occasion that Netflix has produced a holiday special from one of its original series. In past years, BoJack Horseman gave us the one-off Christmas special "Horsin' Around," and last Christmas, the streamer gave us the Chilling Adventures of Sabrina special "A Midwinter's Tale" and the Neo Yokio special "Pink Christmas." This does seem to be the first time Netflix has branched away from Christmas to another holiday for its themed original series specials, though.

The new special is just a taste of all the new Big Mouth that is coming our way in 2019. Shortly after Season 2 premiered last fall, Netflix picked up Big Mouth for a third season, which is confirmed to premiere in 2019... most likely around late September or early October. Big Mouth: My Furry Valentine will debut on Netflix on Friday, Feb. 8.