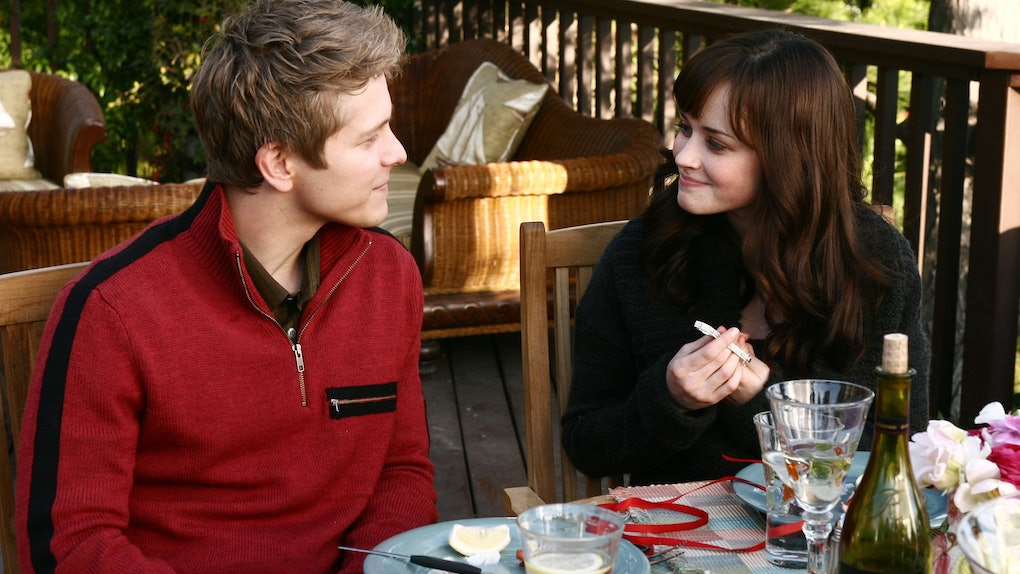 9 Valentine's Day Episodes From TV Shows To Watch This February

Valentine's Day. It's a lot of pressure. As soon as January rolls around, there are chocolate boxes, roses, and life size teddy bears at every turn. So. Many. Candy. Hearts. It's also the time of year we think about the constants in our life. What's really always there for us? Netflix. So, let's all celebrate accordingly. These Valentine's Day episodes from TV shows are the perfect way to do the holiday without actually doing anything at all.

You can be coupled-up, single, married for years, or whatever to enjoy life's simple streaming pleasures. Your couch might just very well be the closest thing to a significant other these days and that's OK. We get it. That's why we're going to approach this loved-up holiday the best way we know how: by watching hours on end of TV inspired by it. Will you be our Valentine, Netflix? OMG, they said yes! If you're looking for a few episodes that fit the bill, look no further than these nine gems that are currently streaming. Best Valentine's Day ever!

Whatever your feelings are on Blair and Dan, shelve them for a brief moment and enjoy the ride. This festive episode is full of all the classic Gossip Girl deliciousness, including Georgina being her Georgina-ish self. Happy V-Day, Upper East Siders!

Not gonna lie. This episode gives us a case of the cringes. When Lorelai and Luke join Rory and Logan in Martha's Vineyard for Valentine's weekend, Luke basically wins Curmudgeonly Boyfriend Of The Year by acting moody and disengaged and Logan ends up looking like a dream. Also, Rory shows off her latent domestic side and cooks, which just makes us feel doubly weird.

Watching newly-single Jess attempt to flirt with randos in order to experience a one night stand is a sight to behold.

We all know Michael Scott falls hard and fast, so of course he would throw a "Lonely Hearts" single mixer just to find a woman he briefly spoke to at a blood drive. This ultimately sweet episode is also the one where Phyllis and Bob Vance ditch Jim and Pam in the middle of lunch to go have sex.

Aww, watching Donna and Eric back on their first date makes us feel like teenagers again. He even kisses her after she threw up! That's true love.

Frasier is one of those sleepy, comforting sitcoms you can enjoy while doing other things, sort of like listening to classical music. This standout episode shows each cast member going about their respective Valentine's Days. Niles even lights the apartment on fire in a wacky gag while ironing his pants. Classic Niles!

Don Draper is the last person we would take relationship advice from, but that doesn't mean we can't enjoy a holiday-themed episode of Mad Men. This hour of TV really starts to delve into the psyches of the characters and has more layers than a heart-shaped trifle, so prepare to pay attention to the subtle details.

This is actually a real thing that premiered on Netflix last year. You probably didn't notice, huh? The Lonely Island/Comedy Bang Bang production features a who's who of the comedy world and the premise surrounds a sexy telethon hosted by Michael Bolton. You know you're intrigued...

We could all use a friend like Leslie Knope, even if her methods are a little extreme at times. She just cares so much. This time she's worried that Ann (otherwise known as her "poetic, noble land mermaid") is feeling the pain of singledom, so she goes on a mission to set her up. To top it all off, reluctant Ron confesses his love for solving riddles. Everybody wins.

More like this
20 Shows Like 'Shadow And Bone' To Watch When You Need A Fantasy Escape
By Abby Monteil
Ellen Pompeo's Response To Jesse Williams Leaving 'Grey's Anatomy' Is Emotional
By Cianna Garrison
'Enola Holmes 2': Netflix Release Date, Cast, Trailer, Plot, & More
By Ani Bundel
Stay up to date