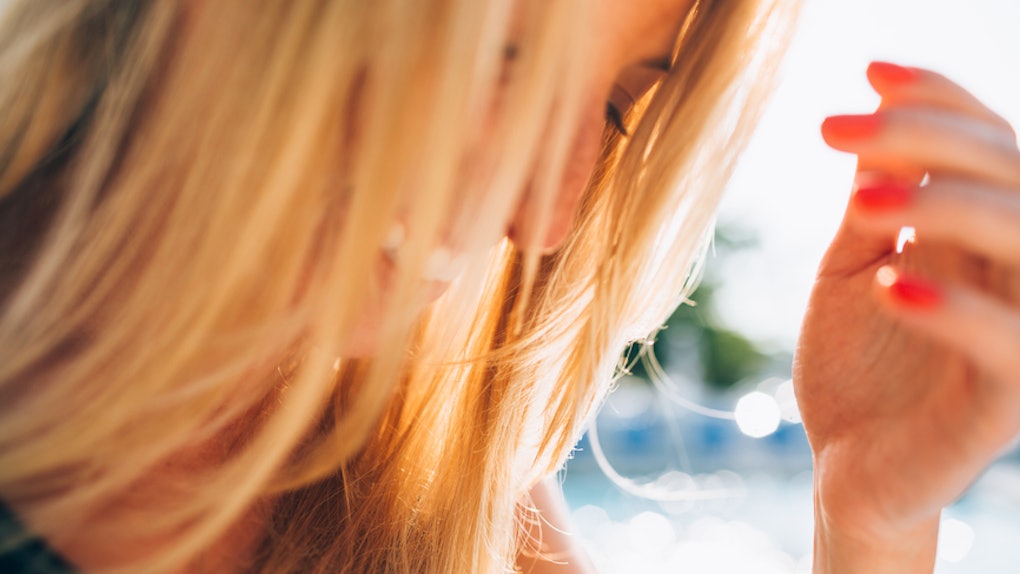 Meeting your partner's family can be a really awesome experience. Getting to know the people who had such a huge hand in shaping who your partner is can be immensely gratifying — that is, if you can manage to make it through the encounter without saying something colossally embarrassing. And even if you do manage to get by unscathed during those first couple of family occasions, assuming you stay together, you have an entire lifetime of meetings to say something cringe-inducing. There really should be a Hall of Fame commemorating embarrassing things partners have said to parents, because in case you haven't guessed, there are some borderline horror stories out there (courtesy of reddit).

I'm sure we've all been in a situation when we've said something that was a little too much, and as soon as we said it we would have given anything to take it back. And, honestly? Sometimes we're not sorry at all, but the look on our SO's face tells us we def should be. Let's face it, since we're all doomed to say something awkward sooner or later, the least we can do is try to learn from the mistakes of others. Chances are, some of these stories are far worse than anything you'll have to endure, if you're careful.

1. Sometimes The Truth Just Comes Out

My girlfriend and I were on a ski trip with my parents, and this was the first time she would be spending an extended amount of time with them. In the morning while getting ready, my dad walks out in his long johns and underarmor top, and overall tight-fitting outfit. My girlfriend wasn't really expecting this, and my dad caught her looking his way. And my dad, as always one to put someone on the spot (in a fun way), says "whatchya looking at?" Without a moment's hesitation, my girlfriend goes: "Just checking out the older model." Needless to say she was instantly accepted into the family.

2. Sometimes A Mean Joke Slips Out Before You Can Stop It

I'm the s/o in this case - first time I met my future father in law, he took us to a NFL game in New York (could be just outside, I'm aussie - so don't remember exactly where it was). There was a brawl in the stadium which had people tumbling down the seats and state troopers coming in. Everyone was shouting "get fatty" as the main instigator was a fat, bald guy. I told my father in law to hide before the cops grabbed him.

I lived with my parents when my husband and I were dating. He would come over, and either he would sit on the bed and me sometimes at my pc, or vice versa. My mom would come into the room and ask what we were doing. We would always say, "making out." To which her reply was always, " I may be old but I remember making out, and this isn't it." Fast forward to wedding a year later, and we had to go back by my parents house the next day. We walk in, and my husband puts his arm around my mom, and says, "you know, there WAS a whole lot more to that making out." I was absolutely mortified.

My S/O looked at the crucifix (with the crown of thorns and blood) my parents have hanging on the wall over their bed's headboard, and said, "Doesn't that make you feel inhibited?"

5. Sometimes You Forget There Are Things Your Parents Never Need To Know

Said this to my Mother in law and my mother. We were all down in the Dominican on vacation and they kept hounding us about 'Making babies'. One night before dinner they mentioned us running off to go make them grand childern (it's so weird that they want us to constantly have sex). Anyways, I look at them both and say

"Because where I put it you can't make babies".

They were pretty disgusted and didn't bother us again.

6. Sometimes You Should Be Less Prepared

My dad was talking to me and my boyfriend about safe sex when my boyfriend whipped out the condoms he had in his bag and said "Don't worry, I'm already prepared".

I dated a girl years ago who told my mother, on Christmas Eve, that I thought I was impotent. The truth is, I was wondering if I was infertile, as I had been exposed to a lot of xrays in my fun zone as a child. She mixed up the words. So, this lead to me going to my mother's bedroom, on Christmas Eve, in my undies, to knock on her door to tell her that I am not impotent.

8. Sometimes The Double Meaning Is Too Real

I have a pretty conservative, Baptist family, and I’m gay. Brought my boyfriend over to meet my dad and he told him, “I know your son inside and out.” I’ve never been more terrified in my life. Edit: He didn’t know this guy was my boyfriend.

9. Sometimes Your SO Accidentally Texts Your Mom Something Vulgar

Where I live there is a restaurant named Dick Russells. My partner asked me [to] stop by and pick something up on the way home. Sends a text to my mom saying "I can't wait for your son to get home so I can have some dick."

If you're suffering from a serious case of second-hand embarrassment after reading that, I feel you. Sometimes the worst comes out and all we can do is wish that it hadn't. Saying something embarrassing to your partner's parents, or visa versa, isn't the end of the world, but at least it makes for juicy dinner party conversation??