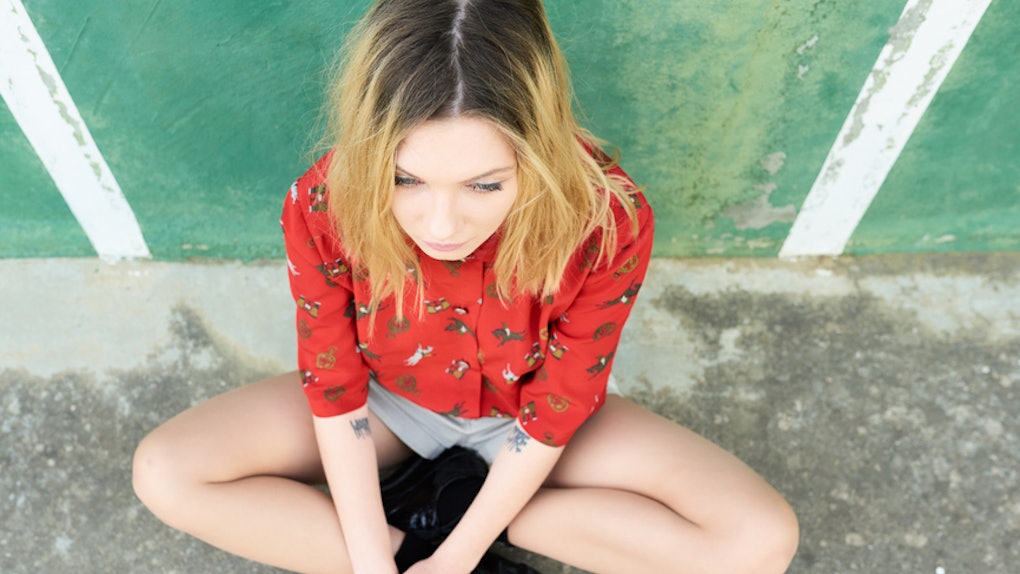 9 Brutally Honest Phases Of Getting Over Your First Love, Because It Will Get Better

Have you ever had your heart broken? Like, really broken? The kind of heartbreak that feels like a physical punch directly to the gut? Yeah, me too, and girl, it sucks. I feel you. It's hard, and it feels like it’s never going to go away. I can't tell you how to make it end faster, but I can tell you the phases of getting over your first love that we all have to go through, so at least you know you're not alone, and that, yes, there is hope on the horizon. You just have to hang in there, let time pass and let nature take its course, because nothing heals emotional wounds like time, junk food, and bouts of rage.

While no two heartbreaks are exactly the same, and your path to happiness may take a few detours here and there, there are some fairly predictable stages of the post-breakup experience. So, if you're still in the thick of a broken heart, consider the following phases your road map to recovery, because I promise that no matter how lost and alone you may feel right now, there is healing ahead. Also ice cream. Lots and lots of ice cream. (Also sex with someone new, just sayin'.)

The first thing that happens after your first big breakup is total shock and disbelief — even if you saw it coming. Some part of you believed that love could conquer all. But, here you are, and you can't believe it’s over. You also can’t believe how much it hurts. How could anything hurt this much? Love is officially dead forever. You’ll never love anyone like that again.

After the initial pain and loss leaves the building, you get a new visitor in pain’s best buddy, anger. You cycle between sadness and rage, thinking, “How dare they hurt me like this? Who the f*ck do they think they are anyway? They were lucky to have had me and they threw it all away.” You may even feel like right about now is a good time for some revenge. Resist that urge.

While all that anger may have felt great in the moment, maintaining that level of anger is exhausting. Why spend all your energy raging against your ex when you could just retreat into your saddest yoga pants and watch Netflix while mindlessly shoving junk food in your food hole? Right?

4. The Haircut (And/Or Other Drastic Decisions)

After a few days of watching all of The Office again, you begin to smell something — and it’s not good. It may take a few minutes (or hours) before you realize... that smell? Girl, it's you. That realization is the motivation you need to finally detach from the couch and head to the shower and, upon gazing at yourself in the mirror, a thought may occur to you. “I should cut my hair,” or some equally drastic and ill-advised variation of that will cross your mind. Resist that urge. Pain, like that of heartbreak, is an incredible motivation for positive change, but you are not in the right headspace at the moment to be making drastic decisions. So… you make a hair appointment.

Well, that didn’t work. So, I guess it's back to the couch for another bout of ugly crying. On top of that, it’s time to stop avoiding something you’ve been successfully dodging for the last week or so: disconnecting on social media. Yep, it's time for a block, unfriend, delete-ageddon. But instead, you just go down a sinkhole of scrolling through their feeds. Mistakes were made.

After that, you realize you’re officially cried out. You’re still sad, but if you lose another drop of moisture via your tear ducts, you may actually die of dehydration. Your friends are starting to circle. They’ve heard about the haircut and they are getting worried (hopefully they’ve brought you something to drink that’s heavy on the electrolytes) and try to get you up and off the couch. They fail.

When the gentle prodding doesn’t work, your squad realizes it's time to stage a full-on friend intervention. They descend on your place and forcibly peel you off the couch. They dust the Cheeto crumbs off your face and push you into the shower, chanting, “brunch, brunch, brunch.” It's the worst thing you’ve ever heard — until you remember that mimosas exist.

Despite your best efforts to stay sad, you have to admit, getting out with your girls did actually make you feel better. So when they start chanting again (this time “turn up, turn up, turn up,”) you agree. It's good to get out of the house and just have some fun again. Yes, every guy (or girl) out there seems hideous and horrible and totally undateable, but maybe, just maybe, everything isn't terrible forever. No, you’re not ready to date again, but you realize you actually forgot that your heart was broken for a few hours. Miracles do happen.

9. The First Glimmer Of Hope For The Future

Pretty soon, those short emotional reprieves start to stretch into longer and more frequent breaks from your broken heart. You realize the pain is fading and that, even if you still have moments of sadness, the fact that it's getting better means that maybe there really is hope for a happy future. Maybe, just maybe, love isn’t dead after all — it’s just in a coma.