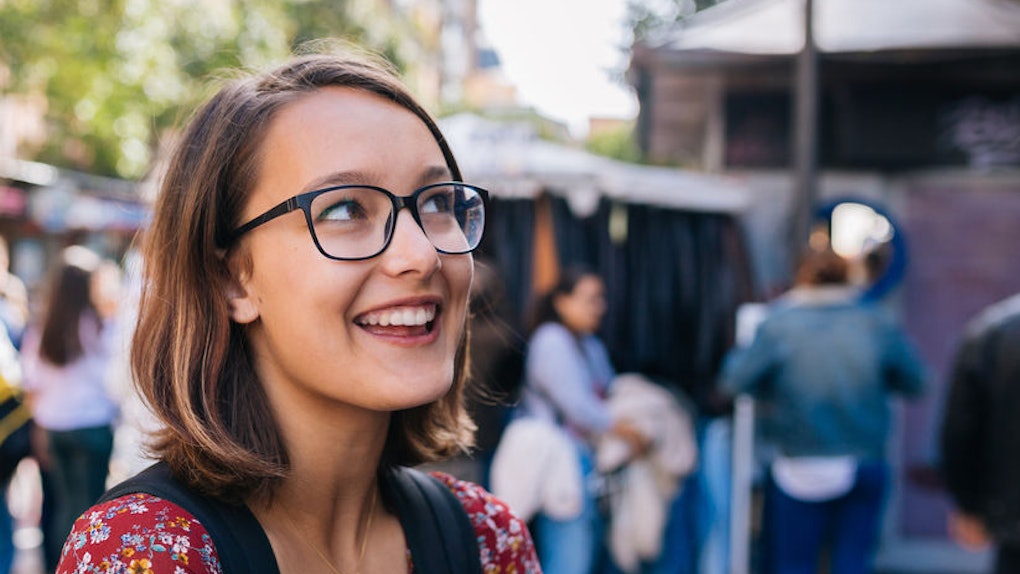 If you feel fulfilled with your life by the time you hit 25, you're doing something right. You can't help but think about all of the little things no one tried to give you the 4-1-1 about, though. Sure, everyone is following their own unique path, but I think we can all agree that a general PSA about some things would have been appreciated. Unexpected things that happen at 25 are probably the scenarios your parents tried to give you a heads up on, but you were too busy living your best life during your early 20s to actually listen. Don't worry; it happens.

These things aren't all bad, either. It's all part of growing up, and in the process, learning about life along the way. Each of us blossoms into the person we want to be. Maybe you've started to perfect your own style, or you are figuring out how to work your dream into your paycheck. Anything goes, because everyone starts with blank pages in their own novel.

Your mid-20s is a time when you start to learn some things about life that may surprise you. There's no chronological order in which they occur, but these eight things would have been nice to know before 25.

1. Staying In Sometimes Sounds Much Better Than Going Out

Gone are the days when you felt the need to go out on the town every single night, no matter how early you had to be up the next day. You were a fresh 20-something, exercising your freedom to party the nights away with your besties. Now, you are so here for a night nestled on the couch, watching Netflix, and ordering in from your favorite Thai place down the street. Going out is fun, but staying in and recharging can be just as rewarding.

2. You're More Selective With The People You Choose To Spend Your Time With

Remember when your motto was, "The more the merrier?" Well, now you are more receptive to who you surround yourself with, and popularity is far from being a priority. You love your little village of genuine friends, because you don't need to roll with a flock of fair-weather friends to prove anything.

3. You'd Rather Pay For Experiences Instead Of Material Things

An occasional splurge here and there is understandable, but when you look in your closet, there's a handful of things you wish you didn't spend your money on. Those purses and shoes start to add up. You'd take parasailing during a beach vacay over a designer bag any day of the week.

People's opinions used to get to you, because when you were growing up, they meant everything. These days, you don't care what people think, and you're thriving because of it. You hate to admit it, but your parents were so right about this one. You can't even count how many times they tried to drill this in your head at the kitchen table before you went off to high school.

Drama is always going to be around. When you hit 25, though, you aren't one to entertain it. You have better things to think about and passions to focus your energy on. I mean, you can't control when people want to vent about their drama, but you know all too well that listening is as far as you're participating in it.

6. You're Still Trying To Figure Out Your Life

You had a weird determination in your head that by the time you hit 25, everything would be set in stone. Boy, were you wrong. You are still figuring things out, and hopefully by now, you realize you don't need to race against an unreasonable timeline society sets for your age.

7. Your Parents Are Actually The Wisest People You Know

OK, don't be super hard on yourself if the mad respect you have for your parents was delayed until your quarter-life. You had to get a little bit more mature to realize that those "lectures" were filled with so much golden advice almost effortlessly on their part. Your parents are likely your confidants and besties by the time you hit 25, and you wouldn't have it any other way.

Budgeting used to sound like this overbearing task that was basically set up to suck the fun out of everything. Little did you know, a budget truly made your life easier and allowed you to spend your money on bigger and better things in the long run.

Maybe you weren't ready for all of things to happen when they did, but that's what this decade is all about. This second half of your 20s should be a breeze.

More like this
93 Clever Group Chat Names For Siblings, Because Your Family Ties Are Tight
By Jasmine Vaughn-Hall
The Netflix Reality Show You Should Watch, Based On Your Zodiac Sign
By Chelsea Jackson
Each Zodiac Sign Has A Lucky Day Of The Week That Goes With It & Here's Yours
By Chelsea Jackson
Stay up to date