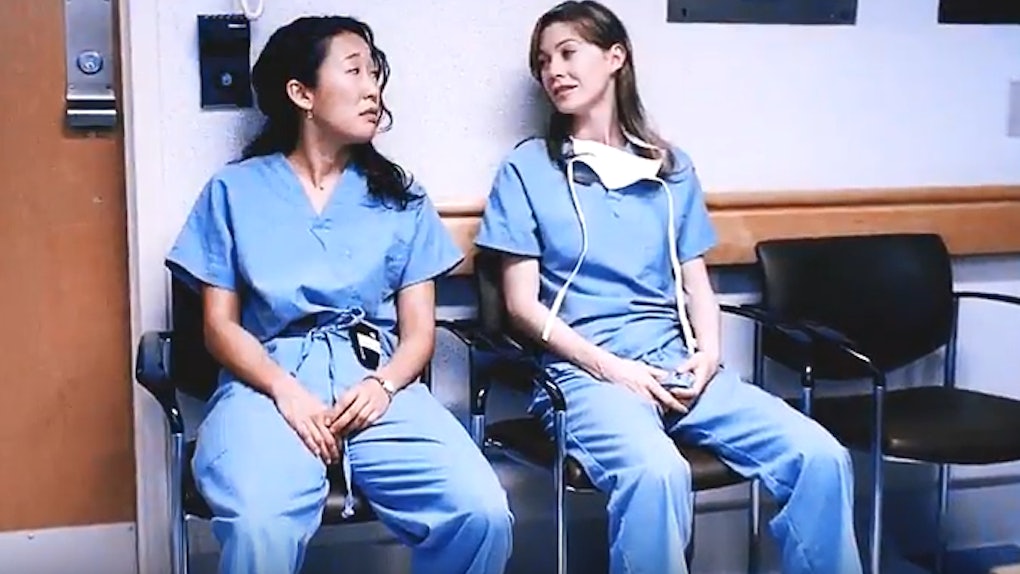 Hey, that's my best friend. That's my best friend. You know those amazing shows that had that one pair of best friends who were simply golden? We loved their friendship and wanted to have that same bond with a person in our own lives. But when that turbulence between them was active, we totally lost it. Those TV best friend fights from some of our favorite shows took a toll on us IRL. Seriously, the struggle was all too real.

The reason why they were so impacting is that these little fights were reasonable and we could totally see them happening with our best friends. Believe it or not, these TV faves actually tried to depict situations that us viewers could see ourselves experiencing. In that way, we were hugging the hell out of our own BFFs when the ones we admired on TV were at each other's throats.

Many of these fights blew over, but when they were unfolding in front of our eyes, it was way too agonizing for words. Whether your show was an hour or 30 minutes long, nothing else mattered except those moments when your favorite pals weren't on good terms. And while I hate to bring up old TV scars, these temporary BFF fallouts are worth mentioning, so that they never happen again.

DJ and Kimmy were such a solid pair. Kimmy was so quirky and out of the loop, but DJ always had her back. This minor falling out was partly because of outside people trying to ruin a good thing. Who doesn't remember those drama-filled times back in school?

In my opinion, this is one of the best bromances I have ever seen on TV. Cory and Shawn came from two different at-home lives, and I think that's what made them so strong. So, when they fought about the opposing things that came with their different upbringing, it struck a nerve.

3. Meredith And Cristina In 'Grey's Anatomy'

Oh, the two people who made "your person" such a beloved term. Meredith and Cristina combated some heavy stuff together, but were super close throughout all of it. Seeing them fight or disagree was shattering to us viewers because we knew, just as well as they did, how much they needed each other.

4. Tommy And Chuckie In 'Rugrats'

OK, Tommy and Chuckie were baby besties, but seeing them fight was still upsetting. You literally just wanted to jump into the TV and tell them that they're misunderstanding would subside. This was particularly true for people who have the same best friends who they were once in diapers with.

5. Raven And Chelsea In 'That's So Raven'

Raven entrusted in Chelsea to keep her psychic secret and Chelsea had to deal with all of the craziness that came with that. We can all totally relate to the mishaps that occur when you're both nurturing a secret. Luckily, there was some comic relief in their little fight.

This BFF bond was too cute for words. Phoebe was Helga's ride or die and many of their fights stemmed from Helga forgetting just how much of an asset Phoebe was. Sometimes, we have to show some gratitude to our best friends and their unhindered devotion to us.

7. Serena And Blair In 'Gossip Girl'

OK, this friendship was definitely up and down at times. In fact, they were sort of the epitome of frenemies in a way. In this case, an enemy was just a person you had to work at to get the true friend out of them.

This fight was totally blown up by the men in this scene, but still. Pam and Gina were down for each other through it all. Relationships, work, or personal struggles, they were always helping each other out. There's nothing wrong with defending your man, but it shouldn't ruin a friendship in the process.

TV best friends were our first glimpse at true friendships. They may not have been real, but we're glad they existed in some form.

More like this
How You Love To Be Spoiled, According To Your Zodiac Sign
By Roya Backlund
25 'Schitt's Creek' Quotes For Graduation & Loving This Journey For Yourself
By Rachel Chapman
53 'The Circle'-Inspired Group Chat Names For Your Very Own #CircleFam
By Marisa Casciano
Stay up to date