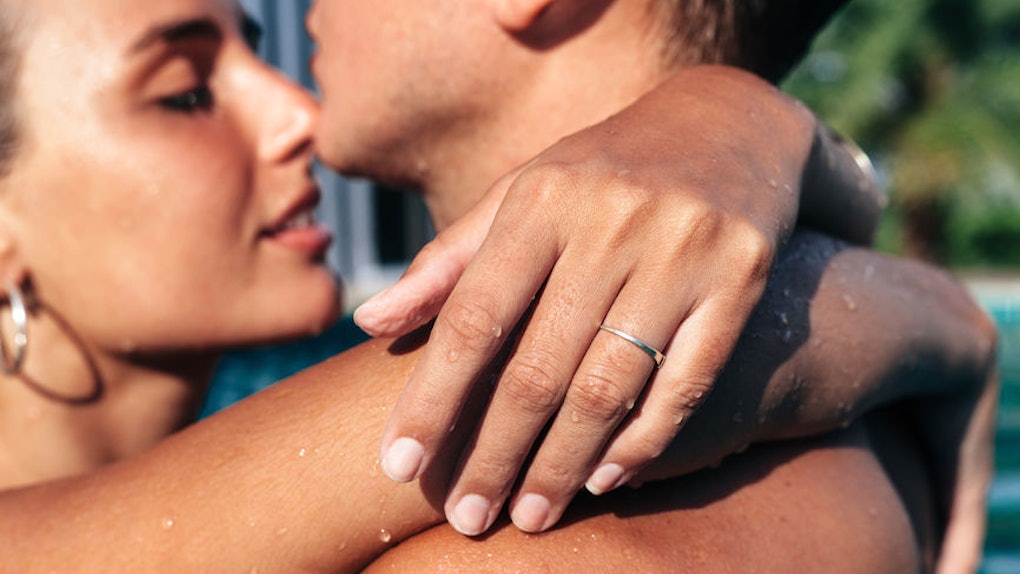 8 Totally Normal Things That Happen To Everyone After Sex, So Don't Freak Out

Let's talk about sex, shall we? Sex isn't always pretty, that's for sure, and it can sometimes be scary and confusing. But it's part of what makes us human, and as a former cultural anthropology major, I would just like to appreciate that, OK? And even though every sexual encounter is different, there are a number of totally normal things that happen to everyone after sex that are worth discussing. Because, no, it's not just you, and yes, you're totally normal. So don't freak out!

Sex doesn't always happen the way 2000s-era rom-coms made it look — featuring two people just making out, holding each other tightly, finishing at the same time and emerging with hair and makeup still perfectly intact. Yeah, right. And if you're a person with a vagina, then you've probably experienced certain bodily sensations afterwards that can feel uncomfortable, depending on how your body reacts.

Plus, what about the awkward AF things that happen after sex when your partner just doesn't get the message? If you're not both on the same page pre-hookup, then you might be in for an uncomfortable shuffle post-coitus. Several scenarios can ensue, and it's never one-size-fits-all so there's no one way to really prepare. But what we can do is LOL and commiserate together over these totally normal, no-need-to-worry, it-literally-happens-to-everyone scenarios.

1. You Really Have To Pee

This one probably won't come as too much of a surprise to anyone who's had sex before. The urge to pee after you've been intimate is totally and completely normal, and also healthy. Obstetrician and gynecologist Dr. Sheila Loanzon told Elite Daily, "urinating after intercourse helps to flush out the system and prevent bacteria from growing in the urethra and bladder after sex." Basically, it's more than OK to run to the bathroom after sex, whether you feel the urge to pee or not.

2. You Feel Messy And Wet Down There

OK, so, picture this: You've just had great sex and you're feeling completely satisfied. You got yours and you're feeling refreshed, sexy, and just plain good. Then, you move your leg. All of a sudden you start to feel like your nether regions are covered in fluids and that if you move, you're sure to unleash your own personal Niagara Falls.

This is normal. After all, you've just had sex, in which a lot of fluids are involved. So don't worry if those fluids have collected in and around your lady bits. There's nothing wrong with you, and it won't hurt you. (Also, use protection. Just saying.)

Again, if you've just had sex, you're probably going to be feeling a lot of things, including exhaustion. After all, your body's just been through a lot. No matter how long the sex lasted, who it was with, or anything else, sex is a demanding physical activity. Take some deep breaths and rest a little bit. You've earned it.

Sometimes, you have really intense sex and you end up a little sore! This is fine! Hopefully it's not too painful and it goes away after a few days. But if you're an anxious person like me, then you might mistake this pain for a UTI and go to a doctor who you'll pay good money just to tell you that you have a sex injury. This is also normal, but if you do feel a type of pain that's new and that's not going away, by all means, go to the doctor.

If rough sex isn't your thing and it keeps resulting in painful injuries for you, talk to your partner. Sex should be something you both enjoy.

5. You Bleed A Little Bit

There are a lot of reasons you might bleed during or after sex. Maybe it's your first time and your body isn't used to that kind of penetration. Maybe you're about to start your period, or you're on your period, or your period just ended. Whatever the case, according to WebMd, "If you have some minor bleeding occasionally after sex, chances are that everything is fine."

If this happens a lot, or the bleeding is painful, talk to your doctor ASAP.

6. You Have Different Cuddling Preferences

Another totally normal thing to feel after sex is the desire to remain physically close to someone. I get it. You just had (hopefully) awesome sex and now you just want to fall into the arms of some sexy young thing. But how do you know if the other person is into it? What do you do if they aren't into it? It's awkward and uncomfortable and something that happens to everyone, so no, you aren't alone.

7. Or You Don't Want Them In Your Space Anymore, Period

OK, so I know I'm not alone in saying that I like my space. And sure, if you're single and you just had sex, it can be nice to be next to another human being for a while. But at the same time, you might just want to decompress, eat some chips, and watch Netflix by yourself.

That's totally fine! You by no means have to want your sex partner to stay and cuddle or spend the night. You can totally ask them to leave! You need your space and your alone time, and that's OK.

8. When They Want To Shower *Together*

OMG, I don't know why movies and TV shows make showering together out to be some big, romantic moment when in reality it's an uncomfortable, slippery jumble of limbs and hairy private parts. But if you sleep over or they sleep over and then suggest hopping in the shower together the next morning, don't feel bad about saying "Nah." Even if it sounds nice in theory, it might not always be so in practice. You have the right to want to shampoo in private!

Sex is strange and wonderful and magical and weird all at the same time. You'll probably feel a lot of things before, during, and after it, so don't worry if any of these feelings aren't pure joy. Sex is complicated, and if you're feeling any of the above, it's totally normal.