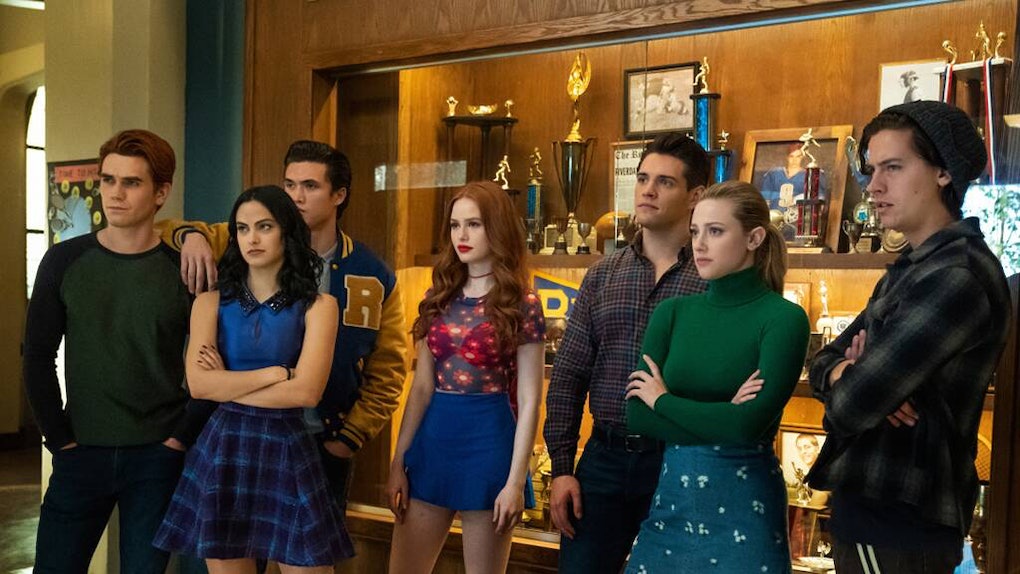 With Season 4 of Riverdale heading to Netflix on Thursday, May 14, there's never been a better time to bring your favorite scenes to life with a little help from Zoom. The videoconferencing platform's backdrop-changing feature makes it so easy to swap out your conference room or work from home setup for an iconic location from your favorite TV shows — and these eight Riverdale Zoom backgrounds promise to virtually transport you to Archie, Veronica, Bughead, and Betty's favorite hangouts around town. From Pop's Chock-Lit Shoppe to La Bonne Nuit, here are a few scenes you will want to try out.

Fans are eagerly waiting to head back to the town of Riverdale with the launch of the complete Season 4 on Netflix, which will now be released on May 14 with 19 instead of 22 episodes as a result of the coronavirus pandemic. Unfortunately, viewers will have to wait until the CW airs the final three episodes — which will include F.P. Jones and Hermione Lodge's final scenes in the show — as part of Season 5. While there's no telling when the finale and Season 5 will head to our TV screens, fans can count down to Netflix's release of Season 4 by taking their favorite scenes from the show to Zoom.

To get started, make sure you have Zoom version 4.6.0 on your computer, or at least an iPhone 8 or fifth-generation iPad. When you're on Zoom, you can click on Settings, select the Virtual Background button, then upload any high-resolution scenes from the show, which is currently streaming on Netflix. Here are a few iconic settings to set the mood and add some drama to your next video call. To save these hot spots, you can right-click and save the image to your computer, and then upload it on Zoom.

Set the scene by swapping out your background for one of the very first establishing shots in Season 1 — an aerial view of the town of Riverdale.

The town's diner Pop's Chock-Lit Shoppe — which is a frequent hang out for Archie, Veronica, Jughead, and Betty — might be one of the most iconic settings from the show.

The Blossom family's maple syrup company, which is a cover-up for Cliff Blossom's drug business, has a darker meaning by the end of Season 1.

Riverdale High School is the setting of many key events from the show, as well as where the show's main characters first meet and strike up a friendship, making it a fitting backdrop for any Zoom classes and lectures.

Recreate the former hangout of the Serpents gang for your next happy hour with a background depicting the gritty Whyte Wyrm club.

One of the main storylines of Season 3 was figuring out the identity of the "Gargoyle King." Set the mood with this spooky backdrop, which highlights the figure's outline against the night sky.

Virtually visit the swanky La Bonne Nuit night club, which is run by Veronica and Hermione Lodge. Inspired by the speakeasies of the 1920s, the venue will bring some flair to your next Zoom meeting or happy hour.

Sweetwater River, which divides Riverdale and Greendale, is established early on as a location of significance as it is where Jason Blossom’s body was found. It's one of the most eerie backdrops from the show, which makes it the perfect option to add some spooky vibes to your next video call.