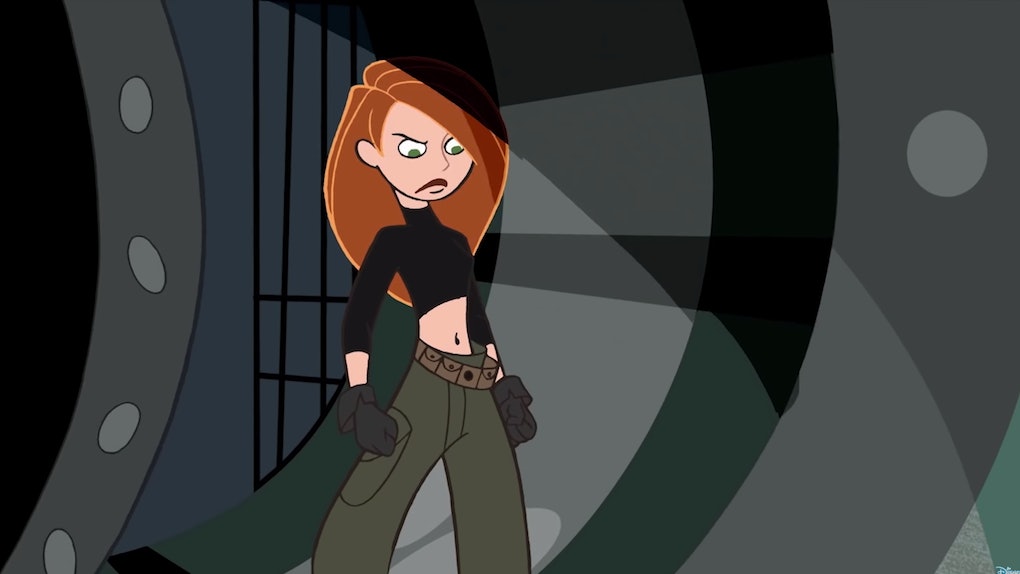 Ahh, nostalgia — it can transport you back to your days of youth while making you feel old AF at the same time. For many TV lovers, nothing says nostalgia quite like the Disney Channel, which has been putting out top-notch original shows for longer than most fans have been alive. Even though older Disney fan-favorites are no longer airing new episodes, thanks to a wonderful thing called the internet, there are still plenty of ways to get your fix. These eight old-school Disney Channel shows are available to stream right now, so get ready to throw it back. Whether you're watching for the first time, or rewatching for the zillionth, you're probably going to get hit in the feels.

And don't forget, the Disney Channel has a long history of launching careers into the stratosphere. Back in the early '90s, Britney Spears, Justin Timberlake, Christina Aguilera, and Ryan Gosling all made appearances on the Mickey Mouse Club (italicize since it's the name of the show). More recently, stars like Zendaya and Bella Throne can credit their Disney show, Shake It Up, for boosting them into the public eye. The batch of shows below are no different — see how many famous faces you can spot while watching.

Yup, that's her! Equally kooky and heartwarming, That's So Raven’s future-seeing teen was a major hit with viewers, thanks especially to the wild antics Raven and her friends would get up to as a result of her psychic visions. Fans of the show were often inspired by Raven’s eclectic fashion sense, as well as her memorable catchphrases such as “Oh snap!” and “Ya nasty.” In fact, fans loved Raven and crew so much, Disney created two spinoffs: Cory in the House, which aired in 2007 and 2008, and Raven's Home, which is currently in its third season.

How to watch: That's So Raven is available for purchase on Amazon Prime Video, iTunes, Google Play, and YouTube; the series can also be streamed on DisneyNOW (TV provider login required).

Everyone's favorite klutzy middle schooler, Lizzie McGuire was the "not-cool cool girl" who so many preteens aspired to talk like, dress like, and be like. Unlike many Disney shows of this era, there wasn't anything super out of the ordinary about this series — no hidden superstar identities, no psychic or wizarding abilities, no hotel staff to torment on a daily basis — and that's what fans seemed to really like about it. The show simply followed a regular girl throughout her regular life. Sure, she had a cartoon version of herself narrating her inner thoughts, but hey, what angsty teen doesn't?

How to watch: The entire series is available for purchase on Amazon Prime Video, iTunes, Google Play, and YouTube; a YouTube channel called "Official Lizzie McGuire" also streams the episodes for free.

Kim Possible was goals back in the day, and TBH, she’s still goals now. The quick-witted, crime-fighting cheerleader was able to detect wrongdoing, fight the bad guys, and make it back in time for the school basketball game — all within a 30-minute episode. Plus, that crop top and cargo pants look is making a major comeback these days — can you say outfit inspo? If the original series is not enough, fans of the teen spy can also watch the live-action spinoff movie that premiered in early 2019.

How to watch: Kim Possible is available for purchase on Amazon Prime Video and iTunes; the series can also be streamed on DisneyNOW (TV provider login required).

For all the little girls out there who dreamed of becoming pop stars, Hannah Montana was the show to watch. Starring Miley Cyrus, the wildly popular series was about Miley Stewart, a regular California girl… who also lived a double life as a famous pop star. Come for the pre-"Can't Be Tamed" Miley, stay for the heartfelt messages, often delivered by the ultimate cool dad, Billy Ray Cyrus.

How to watch: Hannah Montana is available for purchase on Amazon Prime Video, iTunes, Google Play, and YouTube; the series can also be streamed on DisneyNOW (TV provider login required).

When The Proud Family first aired in 2001, shows centered around black families were pretty few and far between — and cartoons featuring these characters were even rarer. The Proud Family added a much-needed dose of diversity to Disney’s lineup, and regardless of background, viewers loved the show for its real-life themes and laugh-out-loud moments. (Not to mention, Suga Momma’s DGAF attitude was a whole mood.) The series also had some star power: Destiny’s Child and Solange sang the ultra-catchy theme song.

How to watch: The Proud Family is available for purchase on Amazon Prime Video, iTunes, Google Play, and YouTube; the series can also be streamed on DisneyNOW (TV provider login required).

Rambunctious twin boys living with their single mom in a swanky hotel… what could possibly go wrong? The hijinks of the young Sprouse twins was entertaining back when the show first aired, and it still holds up today — especially considering how much fans swoon over Dylan and Cole as adults.

How to watch: The Suite Life is available for purchase on Amazon Prime Video and iTunes; the series can also be streamed on DisneyNOW (TV provider login required).

Aww, baby Selena! Wizards of Waverly Place was Selena Gomez’s last stop before superstardom, and what a great stop it was. Set in New York City, Wizards of Waverly Place followed a magical family who pretended to be a non-magical family, while the three children — Justin, Alex, and Max — tried to harness their powers without giving away their secret. Naturally, mayhem ensued.

How to watch: Wizards of Waverly Place is available for purchase on Amazon Prime Video and iTunes.

Now that the Jonas Brothers are back on the scene, this series is definitely worth a rewatch. In the show, Nick, Joe, and Kevin starred as themselves... just in a kinda sorta alternate universe where they are in high school in Season 1 and Los Angeles in Season 2 (which is when the show was renamed to Jonas L.A.). The show was fairly short-lived, making it a fairly quick watch if you're looking to catch up on all things Jonas — and bonus: there are tons of original JoBro bops included in the episodes.

How to watch: Jonas is available for purchase on iTunes; the series can also be streamed on DisneyNOW (TV provider login required).