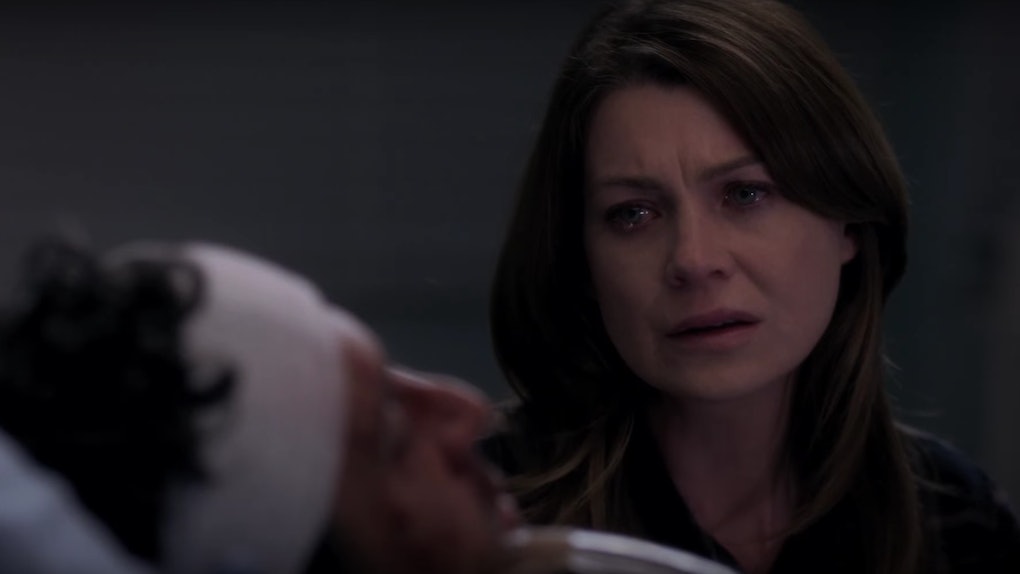 8 Most Emotional 'Grey's Anatomy' Scenes That Truly Broke Us Forever

It's not easy to be a doctor or a patient at Seattle Grace. The drama that goes down in Grey's Anatomy constantly has us on an emotional rollercoaster. Don't get too attached to any particular character's happiness, because you know plot lines are guaranteed to change. I mean, the world was not prepared for McDreamy to leave Meredith, but that's what makes the show special. It'll rip your heart out many times, especially in some of the most emotional Grey's Anatomy scenes. But, this show is so good we keep coming back for more. The show has been on for 14 seasons, so it definitely has us hooked in every way imaginable.

I'm warning you now. You thought these scenes were hard to get through in their respective episodes, but the true test is can you watch them all in a row? Grab a box of tissues — or maybe five — for these eight emotional Grey's Anatomy moments. You'll probably need to re-hydrate after all of the crying as well.

We don't know how Meredith has managed to make it through all of these moments. She's a much stronger person than me, and I'm not embarrassed to admit that while crying my eyeballs out. So, you've been warned, but also if you need someone to hug and dance it out with afterwards, just let me know. I'm right here.

1. When Burke Left Cristina At The Altar

You don't really start to understand the emotions in this scene until Cristina broke down and asked Meredith to take her wedding dress off. It's when she realized that Burke was truly gone. He took all of his things, and just left Cristina on their wedding day. Talk about way too much to handle.

We were all incredibly invested in Denny and Izzie's relationship, so when Denny passed on, we felt very similar to Izzie. We didn't want to go. We were all Izzie hoping for Alex to come and take us away as we cried uncontrollably.

3. When Lexie Died In The Plane Crash

Saying goodbye to Lexie after the plane crash was really difficult. It didn't help that Sloan and Lexie revealed they loved each other, because our hearts shattered more (if that was even possible).

4. When Sloan Died With Derek And Callie There

It truly was emotional seeing everyone who loved Sloan right there at his bedside when he passed away, but most especially Derek and Callie. I guess the one thing that can get us all through this dramatic moment once again is knowing that Lexie and Sloan are finally together.

5. When George And Izzie Met Once Again At The Elevator

"No, not George. No, not Izzie!" That's what we were all thinking while watching this scene, as we sobbed into our pillows. We didn't want to have to accept losing two of our most beloved characters from this show.

6. When Cristina Said Goodbye To Meredith

They were each other's person, and seriously, we didn't know how Meredith would survive without Cristina. We were heartbroken, and you know what happens when you're going through something? You dance it out. Seeing these two besties dance it out one last time truly was all we needed to get through the tears.

Come on, Shonda! This favorite couple was supposed to be together forever. When Derek died, we were left questioning where Meredith Grey would go from this very moment without her soulmate. We will love you always and forever, McDreamy.

8. When Meredith Asked Derek To Choose Her

When Meredith told Derek, "Pick me, choose me, love me," we were all emotionally cheering her on. Derek obviously missed out on this first opportunity, but eventually, we got to see him pick her and it was the best decision he ever made in his entire life.