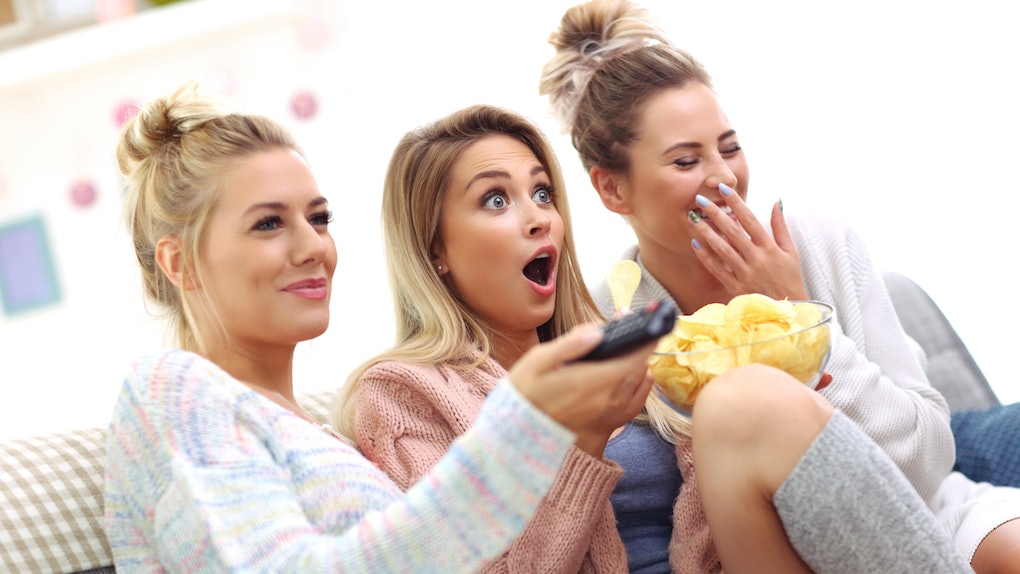 Women are incredible. There's no specific prototype on how to be one exactly. This makes the various ways to be a woman beautiful, unique, and enticing. That's why, when they're depicted as such dope human beings in movies, we can't stop watching them. They're the badass female movie characters we want to be friends with IRL, because oftentimes, they reflect a quality we see in ourselves or want to work on.

Even without powers, women are heroic superheroes, and we look boss as hell juggling all the things that come along with womanhood. We're a village, and from one woman to the next, there's a mutual understanding that we are in this together. Seeing our fellow ladies on the big screen being total badasses just makes us so proud. And we know they're playing a part, but hey, let our little hearts remain in awe over them.

It almost seems unreal seeing these ladies in action. Then again, women attempt and attain the unthinkable every single day. These lovely lady characters are the extra nudge we need to know that we can do absolutely anything. And sure, we have all kinds of friends, but being pals with any of these dope female characters would make us so incredibly happy.

Aside from Scarlett Johansson being absolutely gorgeous, she wears the role as Black Widow so well. From kicking butt to being a leader, she's incredibly athletic and can hold her own. Literally, in a split second, she has already knocked out three people. She would be the perfect role model best friend, because you know she'd always have your back.

So, as much as Hit-Girl may have gotten some of her skills from her dad, she made her own identity in the way that she used them. Since there are two Kick-Ass movies, we got to see her as a pre-teen and an actual teenager. Can you imagine being that badass at such a young age? We can't wait to see what else she has in store for us.

3. Katniss From 'The Hunger Games'

Katniss was deadly with a bow and arrow. Not to mention, she is basically the ultimate meaning of #SisterGoals. She went through hell and back just so her sister wouldn't have to. Ladies, we all know we would definitely do the same for our sis. That quality makes Katniss so much like one of us women who are watching her through the screen.

Look, this chick is basically the definition of not underestimating a woman scorned. She got back at everyone who was a part of wronging her and ruining her special wedding day. Man, this woman has hands, and she had no issue laying them on everyone who had karma and her coming for them. We see you, Uma.

Don't sleep on X-23. As sad as Logan was to watch, because it's hard to let go of Hugh Jackman as Wolverine, his "daughter" was vicious. You know how they say a woman has to stay on her toes? Well, hers are sharper, more blade-like, and are ready to slay anyone who gets in her way.

OK, this is a dead giveaway. Everything about Wonder Woman makes her the potential to be an extraordinary BFF. She's selfless, a warrior, and a fierce Amazonian. Literally, where she comes from, there is so much girl power you'll get lost in the idea of a place like that. Take us there, please?

This female character pulls off the fierce look so well. She's pretty powerful, but also witty and to herself. In other words, she's not gloating about how she can turn your world upside down... she'll do it first, and tweet about it later.

Being badass doesn't necessarily mean balling up your fist and fighting. It might just mean knowing every spell in the book. Although, that punch Hermione delivered on Draco Malfoy that one time was quite memorable, we love the way she puts her knowledge to good use. Hermione, you are purely brilliant to us.

Ladies, seeing these females characters in our favorite films gives us a little more confidence to reach for the extraordinary. Womanhood is just the umbrella that categorizes our path, but we continue to make it rain with our individuality, and take the world by storm with our uniqueness.