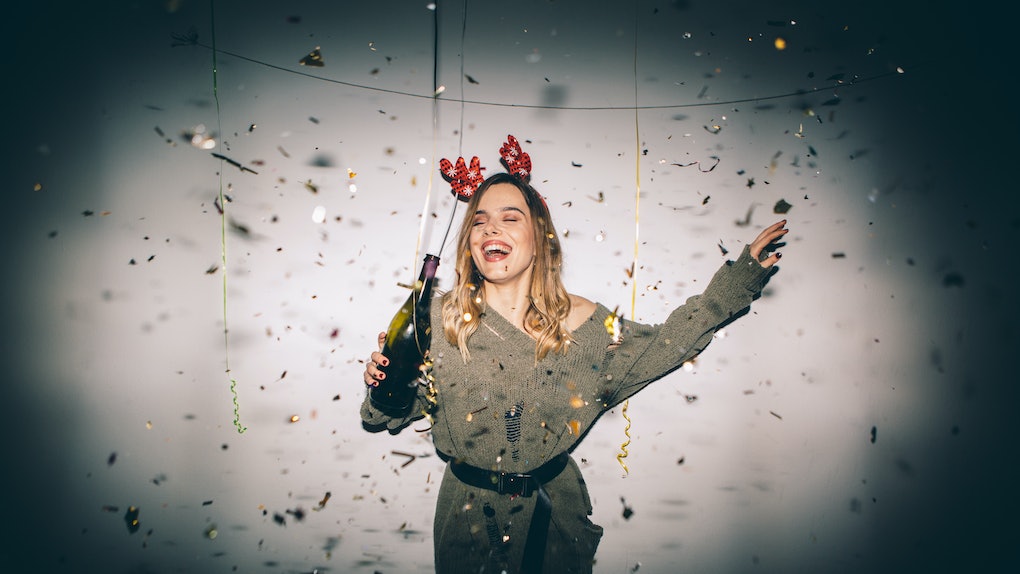 Every year when that glorious ball drops, we're faced with a choice of vowing to follow through with our resolutions. Sometimes, unfortunately, they don't stick and we quickly hold off until next year. But what if you partook in some spontaneous things to do in the new year that would not only fulfill something inside of you, but have you feeling exhilarated within seconds?

The amazing thing about exhilaration is that it can be ignited by the smallest shift in how you approach or do something. Many times, it stems from conquering a fear that was sort of holding you back. Well, back the hell up, Fear, because we are accessorizing our New Year's resolutions with you. You see, our fears have a way of parading around in our lives and they tend to cause us to react and be a certain way.

If you're tired of following the routine of letting the things you're afraid of manipulate your life, spontaneity needs to be incorporated in your resolutions. Seriously though, that spur of the moment quality that spontaneity has makes it easier to take that jump towards not being afraid anymore. It's like ripping off a Band-Aid — the quicker, the better. Sticking to your New Year's resolutions just became a quest for spontaneity while shooing away those things you've been afraid of. Everyone's situation varies, but there are a few general umbrellas.

1. Tell Someone How You've Always Felt About Them

As much as your emotions shouldn't be dictated by what time of the year it is, let your resolution act as a catalyst for you to stop playing around. Bottled-up emotions can be catastrophic in the long run. Also, these don't have to be lovey-dovey emotions, either. If you never confronted someone about how they wronged you, they need to hear it, and you need to tell them.

2. Ask For That Promotion

If you've put in the work at your job, but find every reason to tip-toe around your boss about that promotion, it's time to put on those big girl pants and speak up. No one is going to speak on your behalf besides yourself. And if you weren't working incredibly hard, why else would the idea continuously linger in your mind? You got this, girlfriend.

Do a couple of your favorite music festivals fall on consecutive weekends? Attend both of them. You may need to save up, but for once, make it so that you don't have to choose which one you should attend. Experience two different atmospheres, and live out what it really means to embrace the festival life.

4. Agree To A Blind Date

OK, I know blind dates are scary because you really don't know what to expect. Isn't that what life is supposed to be, though?

Let your guard down and be adventurous in your dating life. Even if you don't meet Prince Charming, you met a new human being who you didn't know before, so it isn't all bad.

5. Invest In One Of Your Ideas

Now, don't run with the idea of investing and think that it means stowing away six figures. Investing could mean time, energy, or currency. Invest in something that looks so amazing in your head when you rethink it over and over again, that you need to see it come to life.

Coming from a person who has a super short haircut and is always faced with questions from other people who are so on the fence about cutting their hair — just do it. Consistently putting it off really does nothing but turn you into a "what if" hot mess. Hair grows back, and you slay either way.

7. Stop Saying "Yes" To Everyone All Of The Time

The power of saying "no" is so overlooked, it makes me sick. The problem is that people mistake saying no with being rude. It's exhausting always agreeing to plans or obligations because you're afraid of what will happen if you don't agree. You'd be surprised how many spontaneous no's will make you feel. This may even make you realize how excessive and exponential your yes's have been.

Take the reigns to the upcoming year, and steer away from things you were previously afraid of. Ain't nobody got time for that, and you're all about that self-growth.