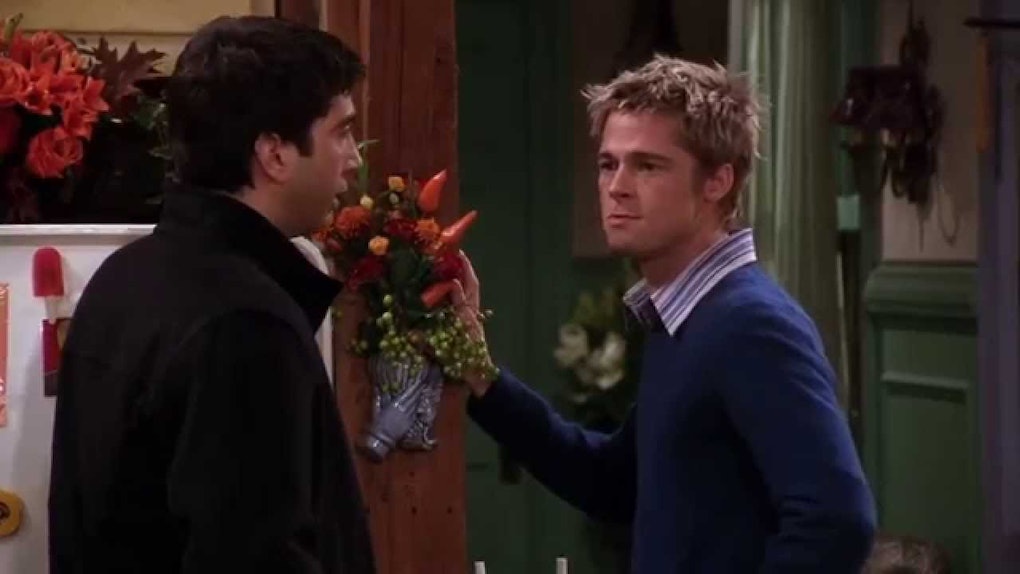 After you've had your last piece of turkey on Thanksgiving Day (for now...) and you're feeling those cozy, post-dinner vibes start to take over, there's nothing like flipping on the TV for a while. You're going to need something to do until you're ready for your first round of leftovers, right? Thanksgiving TV marathons are a tradition on the holiday, and there are plenty of options to indulge in while you digest all that gravy. Go ahead. Put on those stretchy pants and settle in.

Whether you're with your whole entire family or you need some serious "me time" after all that tableside chit-chat, the television lineup has more than got you covered. If you're lucky enough to have a long weekend to fill and you're not afraid to use it by binging quality entertainment in the sweet, tender glow of the small screen, then have at it. You've earned this. From '90s movie classics to family sitcoms to wholesome holiday romance, there's a TV Thanksgiving marathon out there for everyone. Clear your schedule. Map out the ultimate turkey sandwich. Make the perfect indent on your couch. Do what you've got to do. The TV possibilities are as bountiful as an autumnal feast.

Thank you, TBS, for airing the classic Friends Thanksgiving episodes consecutively on the actual holiday. Nothing says Turkey Day like this sitcom favorite, and when it hasn't been your day, your week, your month, or even your year... they'll be there for you.

The first two Godfather films are epic masterpieces of cinema, and they're each a zillion hours long, so you've got your entire day covered, from turkey prep to dessert to bedtime.

She's Gotta Have It (Streaming On Netflix Starting Nov. 23)

From pie dough to Homer's d'oh, the animated fave is the quintessential post-Thanksgiving binge fest.

We get it. You're stuffed. But you have to find the humor in watching a show about deliciously rich food for hours on end the day after Thanksgiving. Guy Fieri is basically the premiere cheat meal guru, so it's pretty perfect.

OK, the words SVU and "marathon" go hand in hand. It's always on. I would bet a lot of money that the show is on right now. But you know you're always up for some Benson (and Stabler, if you catch the right seasons) when you're in a sleepy haze of leftovers and vacation mode attitude. If you're a fan, you've probably already seen how most of these end, so it's cool if you drift off during those final courtroom scenes.

Hallmark Channel takes Christmas very seriously. It's the backbone of its original programming. The Countdown to Christmas lineup starts in November with 21 movie premieres, a new flick airing every Saturday and Sunday. The network offers up a five-night Thanksgiving movie event, and the crown jewel of the block looks like The Mistletoe Inn, which premieres in the coveted 8 p.m. time slot on Nov. 23. We don't really need to give you more instructions about when to watch. Just flip on the channel at any point until Dec. 25 and a movie about getting into the holiday spirit is sure to be on.