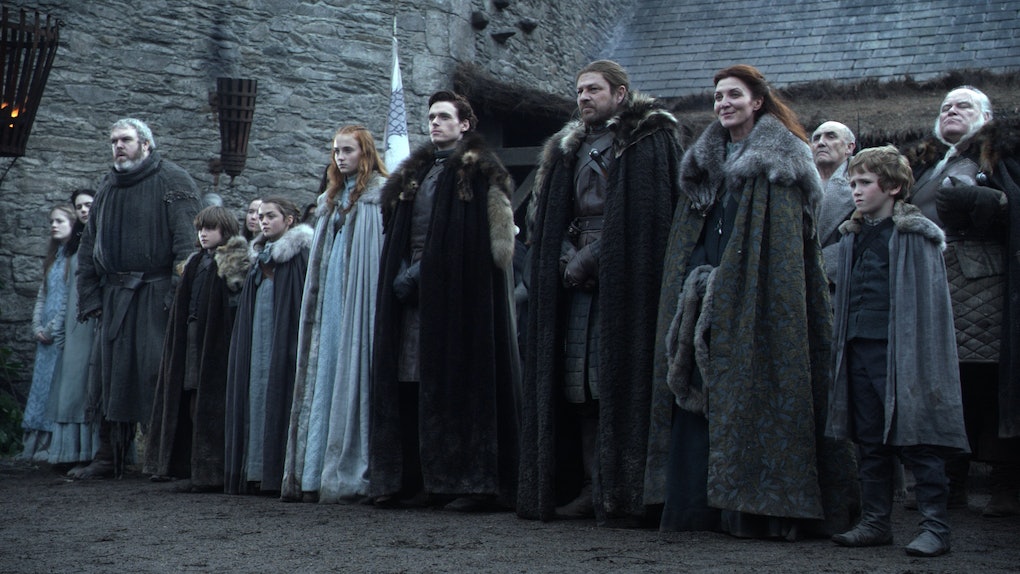 Game of Thrones is one of the most expensive shows ever produced, as well as one of the most popular to date. Seven has been a magic number for the series since the beginning. There are seven planned books for A Song of Ice and Fire, seven gods in the series' mythology, seven kingdoms in Westeros, and so far seven seasons of the show. There are also a ton of secrets and behind the scenes details in the archives. Here are seven of the biggest secrets about Game Of Thrones that fans might not have known previously.

My personal favorite facts about Game of Thrones is how much acting crossover there's been between it and other nerd properties. For instance, there are 10 actors who appeared in Harry Potter movies: Natalia Tena, David Bradley, Julian Glover, Michelle Fairley, Ciarán Hinds, Ian Whyte, Ralph Ineson, Edward Tudor-Pole, Bronson Webb, and Jim Broadbent.

There are also eight actors who have crossed over with Star Wars: Gwendoline Christie, Max von Sydow, Thomas Brodie-Sangster, Miltos Yerolemou, Jessica Henwick, Emun Elliott, Mark Stanley, and Hannah John-Kamen. Yes, the Game of Thrones cast is so big they have 18 crossovers with two of the biggest nerd properties out there, and yet none of them is the same actor twice.

1. Scripts Were Stolen In Season 1

Game of Thrones has always had a problem of superfans trying to spoil what will happen in the coming seasons. Even before the show started airing, they had problems, even though this was back when the show was sticking very faithfully to the novels, so "spoilers" could be easily purchased at Barnes and Noble for $9.99 in paperback.

For fans who have hated Stannis and will always hate Stannis, now you have an extra reason to hate Stannis. He's directly related to He Who Shall Not Be Named. Stannis was played by Stephen Dillane from Season 2-5. His son Frank is also an actor and played Tom Riddle in Harry Potter and the Half-Blood Prince. (Frank is now on Fear The Walking Dead.)

There Are Only Two Episodes With No Deaths Or Dead People

There have been 67 episodes of Game of Thrones so far. Of them, only 5 episodes have not had someone die on screen, and only two of those haven't had the dead body of someone previously offed featured. The first was Season 3's "The Bear and the Maiden Fair." it held the record as the only episode where that was true until Season 6, when "Blood of My Blood" became the second.

David Benioff's Parents Are In Season 4

George R.R. Martin has not managed a cameo in Game of Thrones. (He had one in the original pilot, but when they scrapped it, they scrapped him too.) But David Benioff's parents have! They turned up in Season 4 in the premiere episode as a merchant couple who wander by while Tyrion is waiting for Oberyn to show up.

The Hall Of Faces Is Filled With The Production Crew

Game of Thrones has a huge budget, but it's not so big that they can make endless death masks of thousands of people. Instead, they used who they had available (the production crew) and made dozens of copies of each. According to showrunner Dan Weiss, there are "at least 20 or 30 of me in there, which is, I suppose, my cameo for the show."

Even though most of the Wildfire shots in the Season 6 finale are CGI, most of the close-up flames underground were actual fire. According to Eugene Simon, who played Lancel Lannister, those flames were really green. It was due to a chemical they added to it. "I think it's the same chemical they use on stop signs so you can see them at night. The camera showed you the same glowing effect that you saw in real life."

There are a lot of fun facts about the Loot Train attack, including that most of the stunt people switched off between playing Lannisters and Dothraki, so a lot of the digital battles are men fighting themselves. But the real reason this episode will be in the history books: it set a pyrotechnics record. At one point in the filming, they set 20 stuntmen on fire at the same time.

By the way, the previous record holder was Game of Thrones, for Season 5 Episode 9 when they filmed Drogon's arrival in the fighting pits.