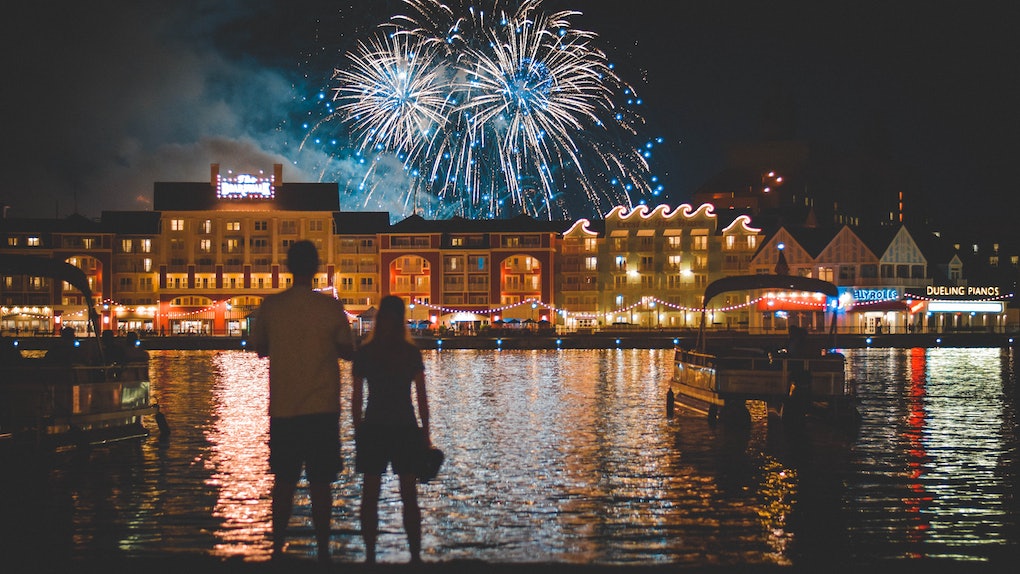 Unity is one quality of New Year's that everyone seems to overlook. I, on the other hand, love the idea that the entire world — at different times, of course — rings in a new year together. That's why pictures of New Year's Eve around the world are so fascinating, because we all have our own rituals and traditions.

If you've already had the pleasure of going to another country to celebrate the new year, you probably already know that there's a lot more to experience than the ball dropping in NYC. Just like the new year represents something different to us as individuals, countries are the same way. It may be the same year we are welcoming into our hearts, but across the globe, the sparks are flying differently.

Hopefully, we can all pack our passports someday and bring in a fresh start in a completely different country. It's always good to be submerged in a different culture or outlook other than your own, at some point in your life. And just like the new year is a universal thing, so is beauty, and if you thought there was only one way to embrace the coined fresh start, you couldn't be any more wrong.

If there's one thing we can all agree on for New Year's Eve, it's that it's something to look forward to — literally. It's all about what's lighting up the sky and how beautiful it happens to be on that night. I mean, fireworks are cool all of the time, but there's something about them going off as we start a new beginning that brings everything full circle.

OK, you need to pack your passport immediately. Can you imagine being on the London Eye as these magnificent colors are lighting up the night from every angle? You'd basically have a front row seat to magic. Oh, and if you just so happen to receive a kiss, it'll probably be one of the most unforgettable things you'll ever do. I'm just saying.

Dubai is so scenic, and millions of people come out and celebrate. I'm sure your neck may hurt a bit, because you're not going to want to take your eyes off of this very tall and sparkling building in the center. It's seriously so mesmerizing.

Who doesn't want to go to Sydney, Australia? The Sydney Harbour Bridge becomes something straight out of a fairy tale. It also sort of reminds you of a rave, when that hug beat drops and fireworks are flying from everywhere. Just when you thought the Sydney Opera House couldn't get any more beautiful, you're proven wrong.

OK, Canada isn't too far from us folks in America, so if you have the travel bug this year, it's a stunning destination to celebrate with your friends. Seriously though, fireworks are basically a universal language, and we are so here for the show.

I personally believe this snapshot of Brazil takes the gold star for a firework frenzy. How incredible is that frozen moment in time? If I was never able to see another firework show after watching this one, I'd be OK.

Let's also mention that you'd be surrounded by so many other people, cherishing the very same thing. It's that unity thing, remember?

Talk about pyrotechnics. Who knew fireworks could light up an entire skyline? Clearly, this takes some major planning, but as an onlooker, you'd be incredibly appreciative to how it turns out. Instagram-worthy doesn't even begin to describe how lit your shots could potentially be. And you're in another country? You better stack up on those hashtags as well.

Again, the beauty in New Year's Eve is that we all get to celebrate it across the world. And as much as we are all different, we all are gifted with a new year to welcome in.