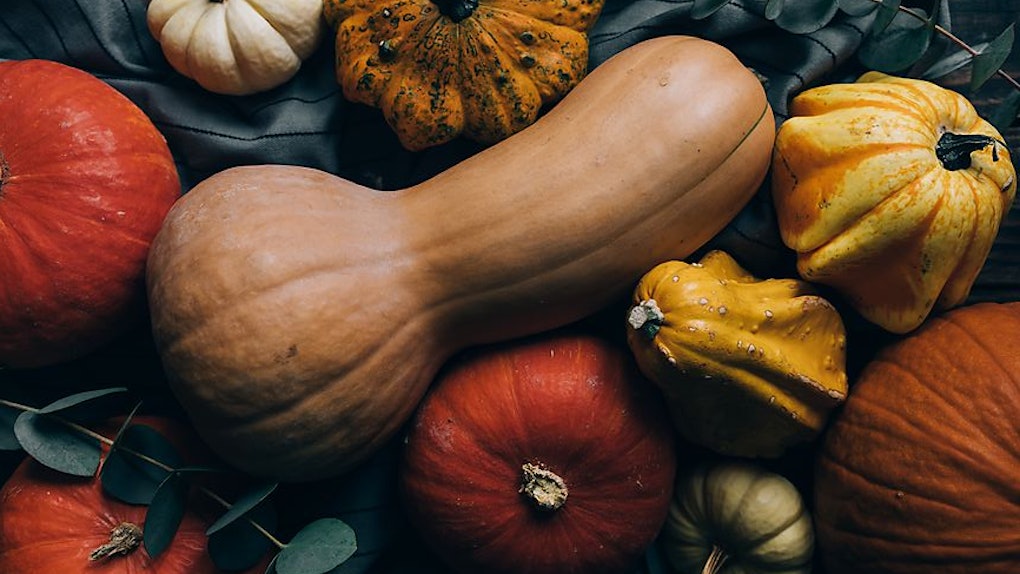 Personally, I've never partaken in the no-pants, post-turkey party, but I've heard some pretty great stories from friends who have. Think: making out in the dugout of your high school's baseball field and getting it on with the senior you used to daydream about as a freshman.

With high school politics behind you and age differences shifting from "wildly inappropriate" to "completely socially acceptable," now is the perfect time to live out your teenage fantasies and reconnect with everyone you ever joked about marrying in a game of MASH.

Here's a look at the seven people you could — and should! — hook up with when you're home for Thanksgiving this year. A holiday break to-do list, if you will. Don't you owe it to your younger self?

OK, so, I've never indulged in a Thanksgiving hook-up. But I have hooked up with high school crushes — two high school crushes, in fact! Both were cool kids I'd admired from the bottom of the social totem pole my freshman year, and both made me feel inexplicably accomplished. Like, text everyone who knew me when I had side bangs accomplished.

In my experience, sliding into their DMs with a quick, "So, funny story. I had the biggest crush on you in high school and I feel like we should grab a drink?" usually does the trick.

2. The Cutie Who Came Out After Graduation

You know, the one you always caught making eyes at you in the library, who waited until college to officially come out? Now that she's out and proud, why not meet up and give her a taste of everything she was missing back in the day? Bonus points if that cutie also happens to be your high school crush.

Now, ideally, you and your hot neighbor have no more than three yards between your houses. That way, you can just share a simple "You up?" sign from your window after Thanksgiving dinner, like Taylor Swift in the "You Belong With Me" video. Also, ideally, your neighbor is Lucas Till.

But even if that's not the case, it's still worth shooting them a provocative text and seeing what happens, right? They may have been fantasizing about you lately, too.

I know, I know — hooking up with exes is a terrible idea. But, is that kid you called your boyfriend or girlfriend in fifth grade really an ex? I didn't think so.

If the object of your elementary school affection is single and still looking fine, I say reach out and let them know you're interested all of these years later. Maybe you can exchange more than paper valentines this time around.

Most of my lacrosse captains were, well, definitely not the type of people I'd want to hook up with. That said, if you ever had sexy team captains, you should absolutely add them to your to-do list this Thanksgiving (at this point, I'm imagining you have an actual paper list, and I'm all about it).

And hey, if you were a softball star in school, this could be your shot at that dugout makeout sesh I mentioned earlier!

Not, like, current friends — that would be weird and upsetting. But I think we all had a crush on at least one of our friend's older brothers or sisters growing up. And I think we've also all lost touch with most of our former playmates.

Heck, you could even draw a Venn Diagram: old friends in one circle, friends with cute siblings in the other. See who falls in the middle and shoot them a text if they're home for the holidays.

7. Literally Anyone Who's Not Your Ex

Did you have Tinder in high school? No? Neither did I — but think about the hookup possibilities it's put at your fingertips!

Things could get awkward if you live in a super small town, but why not see who else is down to get together over the break? You might come across the classmates you used to flirt with during third period French, or you could find some cute strangers who just moved to your hometown. Just don't swipe right on your ex and you're golden.

So go forth and get it, ladies. After pie, of course.