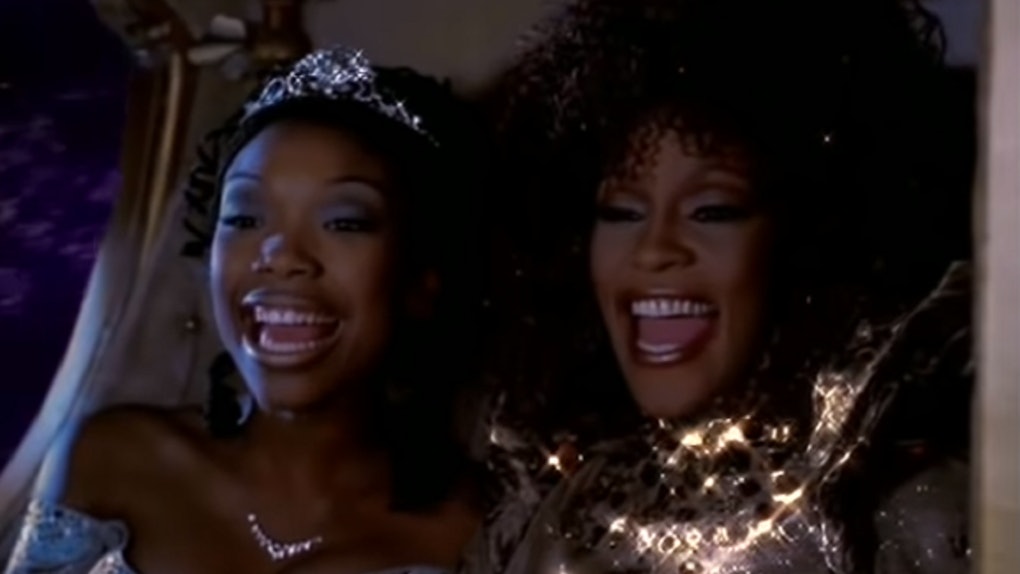 7 Live-Action Fairy Tales Like 'Dumbo' That You Forgot About

Dumbo is now in theaters, making it the latest live-action remake of a classic Disney cartoon. Despite how heavily the movie studio has focused on these projects in recent years, renditions of beloved childhood tales are no new invention. Both Disney and other companies have always loved reshaping a classic story into a new live-action movie, but the majority of them sadly get lost in the shuffle. In case you have a secret soft spot for these re-imaginings, we've gathered together several live-action fairy tales like Dumbo that you may have forgotten about over the years.

Disney currently has live-action remakes of Aladdin, The Lion King, and more in the works. But even before it frequently recycled its stories, it was no stranger to adapting animated stories into live-action movies with unique twists or modern touches. Throughout the 1990s and early 2000s, movie studios were particularly partial to taking something familiar and reinventing it.

While few of these adaptations live up to the legacy the animated films have created, many of them are better than a first glance may suggest. From starring beloved actors before their prime to risking a darker take on favorite fairy tales, the following movies will get you in the perfect mood for another live-action romp exploring your favorite childhood stories.

Think of this as the version of The Jungle Book where Cersei from Game of Thrones fell in love with the voice of David from Lilo and Stitch. Like its animated counterpart, this movie introduces Mowgli as a boy who was raised by animals in the jungle. But before he assimilates into Indian wildlife, he meets Kitty, the daughter of a visiting Englishman, and befriends her. As adults 20 years later, Mowgli (Jason Scott Lee) and Kitty (Lena Headey) reunite when Kitty's soldier beau (Cary Elwes) captures him and decides to re-familiarize Mowgli with civilization.

The animated Mowgli managed to avoid the deadly threats of the jungle, but this version doesn't shy away from frightening circumstances in the wild that definitely scarred your younger self. If you can manage a typical Game of Thrones episode, you can probably muster this movie without an issue nowadays.

If you're of a certain age, you probably thought of this movie a lot during the most recent awards season. Before generating Oscar buzz for her role in The Wife, Glenn Close struck terror as 101 Dalmatians villain Cruella de Vil. She reprised the role in a 2000 sequel, but Close's first stint as the evil fashionista terrorizing a family of Dalmatians is legendary.

Although the movie's human duo Roger (Jeff Daniels) and Anita (Joely Richardson) receive the more modern careers of video game designer and fashion designer, this 101 Dalmatians sticks closely to the source material. Also starring Hugh Laurie and Mark Williams as Cruella's henchman, the movie is a good pick if you're a fan of these prolific stars' work.

Although you won't exactly catch it on cable regularly, the Walt Disney Television production of Rodgers & Hammerstein's Cinderella has a surprising devout fanbase more than 20 years after its premiere. Following the story of the stage musical rather than the Disney animated film, Cinderella is a standout for its racially diverse casting. Led by recording artist Brandy in the title role, the cast also includes Whitney Houston, Whoopi Goldberg, Victor Garber, Paolo Montalban, and Jason Alexander. Disney movies are getting better about inclusiveness, but this particular adaptation feels light-years ahead of its time.

Nothing is quite like Brandy and Houston's rendition of "Impossible," and knowing how easily you can watch this whole movie makes the song even sweeter. Cinderella is currently available in full as a YouTube video. Happy streaming!

As the first of Disney's modern live-action remakes, the 2015 version of Cinderella was a big deal at the time, but it seems to have lost recognition since. Before she was rocking bell-bottoms in Greece in Mamma Mia! Here We Go Again, Lily James was donning Cinderella's iconic blue ballgown opposite Game of Thrones' Richard Madden as her prince.

Also starring Cate Blanchett as the evil stepmother and Helena Bonham Carter as the fairy godmother, Cinderella is fairly loyal to its original story. It puts extra emphasis on utilizing kindness, so if you're looking for a live-action flick that's appropriate for younger viewers, this might be your strongest option.

As a non-Disney film, this Red Riding Hood tale is pretty dark. Starring Amanda Seyfried in the title role, the movie is a loose, sensual take on the original fairy tale. Seyfriend's Valerie falls in love with a woodcutter (Shiloh Fernandez), but her plans to elope with him are ruined when a werewolf living outside their village murders her sister.

While the story does include a nod to Red Riding Hood's granny and her ties to the wolf, it's far from the familiar tale you knew by heart as a kid. But why else do we revisit our favorite fairy tales than to feel a little scarred by them?

Although it's very similar to the animated movie, this Peter Pan adaptation isn't a Disney production. Peter Pan (Jeremy Sumpter) visits the Darlings' London home in search of his shadow, and a young Wendy (Rachel Hurd-Wood) falls for his charm and stories about Neverland. He invites her and her brothers to return home with him and meet his gang of Lost Boys. Their adventures there involve encounters with Tiger Lily and Tinker Bell before they're drawn into a battle with Captain Hook (Jason Isaacs) and his pirates.

Nothing will surprise you about this remake, but because it's one of those movies that has always flown under the radar, it's fun to revisit it as an adult. Who else had a tween crush on Peter?

Taking inspiration from Lewis Carroll's Alice's Adventures in Wonderland and Through the Looking-Glass, this Tim Burton movie introduces the concept of a 19-year-old Alice who stumbles into Wonderland as the unaware hero of an ancient prophecy. It's her new duty to defeat the Red Queen (Helena Bonham Carter) and her Jabberwocky and restore the White Queen to her rightful throne (Anne Hathaway). After meeting eccentric characters throughout the strange land, Alice rises to the occasion and finds a purpose that she lacks in London society.

Like all Tim Burton movies, this one is visually pleasing, and the concept of a grown version of a classic character plays well. Stick to watching it on a rainy day and don't bother with its sequel Alice Through the Looking Glass.

So, what remake will you watch in preparation for Dumbo?