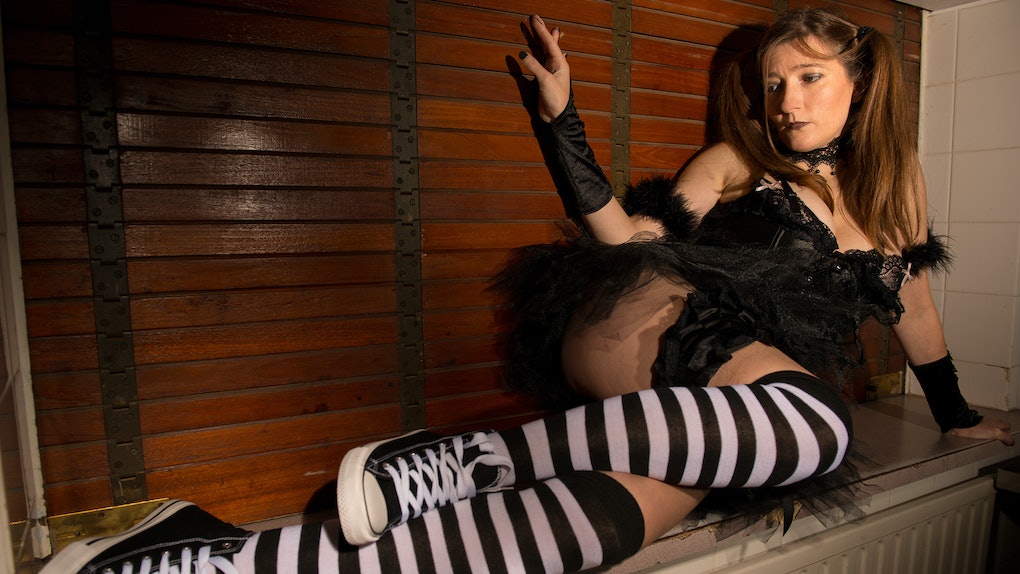 7 Last-Minute Costume Ideas With Tutus, If You're Feeling Glam & A Bit Extra

Time is running out, and Halloween is going to be here before you know it. If you live your life by the procrastination handbook, you're definitely scrambling for a quick and easy costume right about now. Last-minute costume ideas with tutus are your savior and give you enough wiggle room to be creative and accessorize.

We'll find any reason to wear a tutu, so why not on Halloween? They're fluffy, easy to put on, and you look absolutely adorable wearing one. Even if you didn't get to rock one as a child in your beginner's ballet class, let the big kid in you engage in some frilly fun now.

Wearing a tutu this Halloween will not only get you in the mood to move around, but you'll also be fulfilling some childhood nostalgia if you do. Actually, who says tutus are just for kids? Adults can wear them to more places, and quite frankly, we will wear the hell out of them. Don't wait too long though, because tutus go fast, and if everyone is as last-minute as you are, people are already hurriedly on their way to the store. Make your tutu game strong and head out to Halloween festivities with a simple but exciting outfit.

OK, working a pink tutu as a ballerina for Halloween is the way to go. There's a lot you can do to accessorize this look, including pairing your tutu with a sequin leotard. You can also be a specific ballerina, such as one of the two different ballerina identities in Black Swan, starring Natalie Portman. It might be a high bar to reach because her performance was amazing, but you've been doing your stretches, right?

When you think of fairies, a lot of glitter and (obviously) tutus come to mind. Incorporate them together, and you've got yourself the most enchanting fairy there is. And even if you run into some other Tinker Bells in the room, at least we know we haven't all lost our childlike wonder, because we do believe in fairies. We do, we do.

Make yourself a frilly Frappucino, and literally embody a beverage from so many people's favorite coffee shop. Starbucks holds a special place in our hearts, so don't be surprised if you get some extra strong bear hugs from strangers. It'll be like they already know you and your sweet goodness. Head to the store to find a beige tulle tutu, and you're set.

Who doesn't love rainbows? Being a rainbow is the perfect way to embody a carefree and super extra costume. You'll practically be the most multi-colored thing in the room. It's not bad for a costume you decided on until the very last minute. Seriously, you should write a book about your procrastination successes. Don't forget to look for a pair of rainbow rocks and a rainbow T-shirt to pull this costume together.

Gotta catch 'em all. Honestly, this is major schoolyard feels moment for anyone who carried Pokémon cards around and guarded them with their dear life. Expect to hear the jingle countless times, because this costume is a prime childhood memory. And hey, if the right person comes along, it might not be such a bad idea to get "caught."

If you love pumpkins as much as October does, then this costume is made for you. Add your own style to the pumpkin frenzy that honestly plagues the earth this time of year. The colors black and orange seem like they were just made for each other, don't they? You'll see. A pumpkin T-shirt should be extremely easy to find, along with an orange tutu skirt.

We are here for the countless options of emojis we can make into a costume. No matter which one you are, someone in the room has used it in a text conversation. They're that popular and mainstream, but that doesn't mean you have to be basic or anything. Steal the show with your bright yellow costume and show everyone what getting heart eyes actually feels like.

If you're still scurrying around for a costume right now, a tutu is essentially your best friend. Getting your hands on one means agreeing to have a spectacular time, no matter what you do.