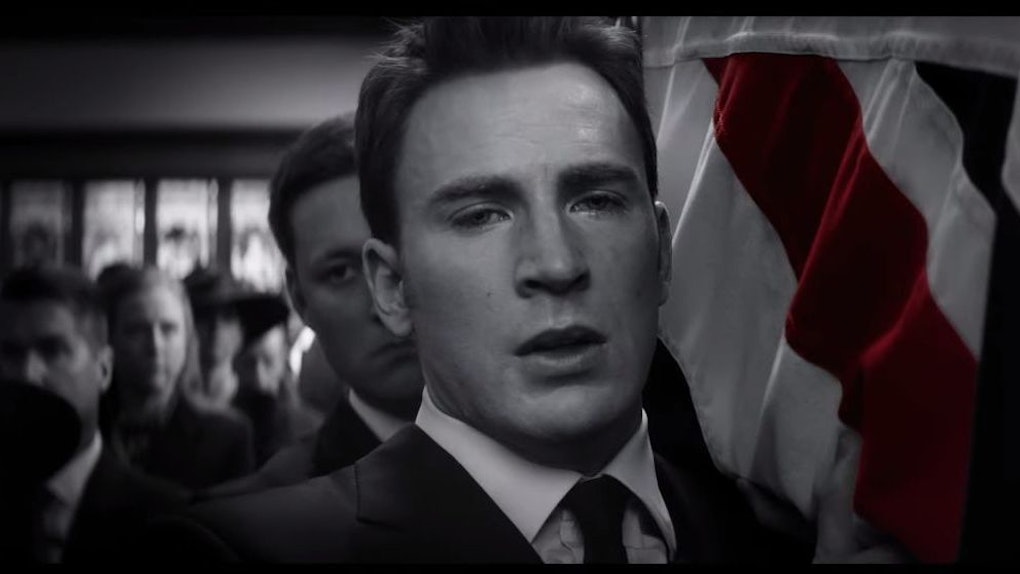 7 Easter Eggs In The 'Avengers: Endgame' Trailer That Will Make Your Brain Explode

The idea of the "easter egg," the hidden reference in a movie or video game for fans to notice and feel like they are part of in-crowd, did not originate with the Marvel films. However, the Marvel Cinematic Universe is uniquely positioned to take advantage of the concept, as the franchise not only pulls from its history of 20+ films but also decades of comic books and TV shows as well. But the easter eggs in the Avengers: Endgame trailer mainly stick to the movies, and with good reason.

Avengers: Endgame is the cumulation not just of the adventure started in Infinity War, but of 22 films which began back in 2008. By tying in those early movies to the new story, the MCU is pulling everything full circle.

Thanos snapped his fingers in Avengers: Infinity War and half the life in the universe instantly dissolved. Now a ragged group of surviving warriors, including Captain America, Black Widow, Iron Man, Thor, and the Hulk works to counteract the Mad Titan’s genocidal action. Since our heroes couldn’t stop Thanos the first time, what makes them think they can win in a rematch? The answer may be in overwhelming power, thanks to Captain Marvel, or in the tiniest spaces between atoms accessible to Ant-Man. Avengers: Endgame will rewrite the Marvel Cinematic Universe as we know it. When it’s all over, nothing will be the same.

The trailer plays on the history of the main characters, especially Tony Stark, who was the original entry point for the MCU to build this universe. The opening of the trailer starts with Tony's original crash landing of the Iron Man suit and the memorable moment where Pepper gives Tony the Arc Reactor with the "Proof That Tony Stark Has A Heart" frame.

Tony Stark may have started it, but he's nothing without his foil, Captain America. The two have become the heart of these movies, egotistical opposites who are united in their desire to save the world. The trailer includes clips of the beginning of Steve Rogers' journey back in 1942 in World War II.

Quietly skipping over The Incredible Hulk, the trailer adds in the third of the four films that lead to the first The Avengers movie, with clips from Thor. (Thankfully, the sepia tones of all these flashbacks hides Thor's terrible blond beard.)

Jumping forward to Captain America: Winter Soldier and Civil War, the trailer uses a clip of the latter from Peggy Carter's funeral with a voiceover from Carter from the former.

Hawkeye never had a movie, but the clips suggest fans will get to see what he's been up to in the last couple of years. One question though: Is that his daughter Lila he's training to shoot? Because if so, she grew up fast. Fans are thinking this might be Kate Bishop, a future Hawkeye from the comics, who Barton trains.

This one is not just an easter egg, but a spoiler. Stark makes it home, only to suit up again with the rest of the crew. Everyone assumes they're heading into the Quantum Realm with those suits, but time will tell.

Miss Danvers If You're Nasty