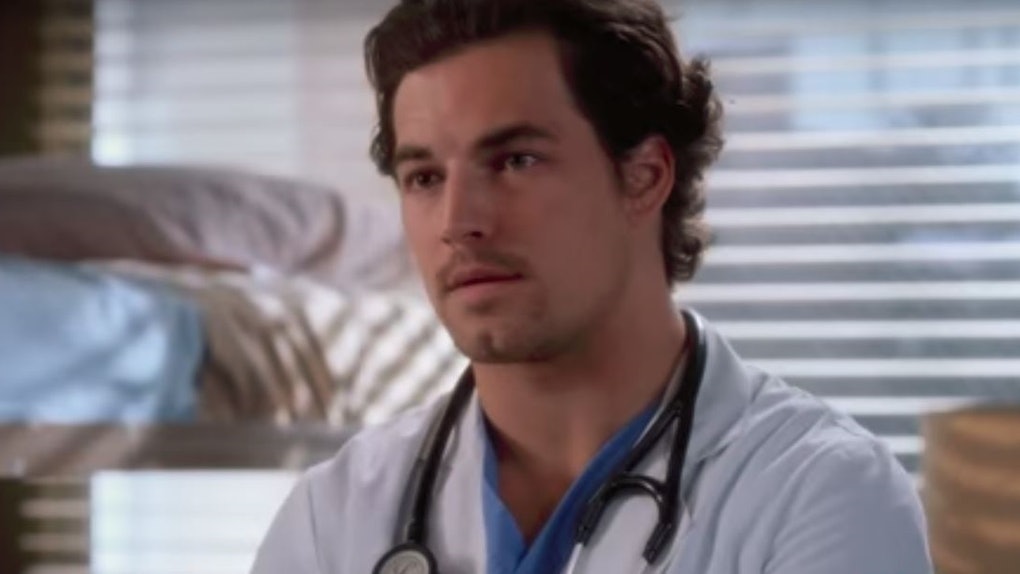 Grey's Anatomy has seen it's fair share of doctors over the years. It's kind of hard not to have a huge cast when a show has been running for 14 seasons, so it's understandable that at times it can be difficult to keep track of everyone who has come through Grey Sloan Memorial Hospital. One of the newer additions to the show is surgical resident, Andrew DeLuca (played by actor Giacomo Gianniotti). There's no denying this doctor is a total hunk like McDreamy and McSteamy, but certain DeLuca moments on Grey's Anatomy prove he's low-key the best.

I mean, this charming doctor has a knack for getting himself out of some difficult situations. From getting beaten up by Alex to slipping on an actual ear and falling in front of everyone in the ER, he truly handles stuff like a pro. You never know what's going to happen when you're a character in Shondaland, and that's what always keeps us viewers on our toes after every single episode of Grey's Anatomy. There has been some drama for this handsome doc, and in these seven moments from Grey's Anatomy we are totally feeling the love for Team DeLuca. If you're not caught up just yet, there may be some spoilers in these seven gem moments of DeLuca.

1. When DeLuca Slipped On The Ear And Fell In The ER

This doc was certainly in the wrong place at the wrong time. When two guys were throwing a ball around in the ER, April accidentally cut off a patient's ear. I know — it's crazy, and it didn't stop there. DeLuca then slipped on the ear, fell, and hit his head. Poor dude.

Not only did he fall and slip on a human ear — eek — but he did it literally in front of everyone. He was looking pretty sizzling regardless of the mishap.

2. When Alex Apologized And DeLuca Stood Up For Himself

DeLuca seriously went through a lot when and after Alex beat him up. The whole thing was stressful AF, and we just wanted these two docs we love to get along. Not only was DeLuca badly beaten, but then he had to take a lot of heat from the people in the hospital who all were friends with Alex. It was amazing to see him stick up for himself when Alex apologized. You go, DeLuca.

3. When Arizona Hugged DeLuca After The Alex Drama

DeLuca had been through a lot. He stayed as cool as a cucumber while everyone was totally conflicted about his drama with Alex. That's why when he told Arizona that she could find a new roommate if she wanted to, our hearts seriously dropped.

He's just so sweet and considerate that he would sacrifice his living situation because of this entire scenario. He made major brownie points with his actions in this scene, and we all loved him for it.

4. When DeLuca Kept His Promise To Amelia Post-Operation

As painful as it was to watch Amelia in pain, when DeLuca followed through on his promise he made with her, our hearts melted. He went against Dr. Koracick's orders to get her out of bed, because Amelia had asked DeLuca pre-surgery to do this for her. Our hot Italian doctor took a lot of heat, stood up for Dr. Shepherd's wishes, and all of us were applauding his actions the entire time.

5. When DeLuca's Sister Told Him He's Still In Love With Sam

Old relationships are hard to forget. It's impossible to forget when your ex ends up working at the same hospital as you do. Your sister always knows you better than you know yourself, so when Carina called out DeLuca for still loving his ex, we all felt for him. We were all Carina in that moment, wanting to protect DeLuca's heart and tell him the real deal.

6. When DeLuca Broke Out Into Italian After Catching Carina And Arizona Together

Whoa, DeLuca. There's just something so great about watching you bicker with your sis in such a romance language.

Also, it's so endearing to see DeLuca both embarrassed and angry that his sister is hooking up with his friend/boss/roommate. That would be mad awkward for anyone in that situation.

7. When DeLuca Apologized To Maggie

DeLuca and Maggie's relationship was one we were all cheering for. We were sad to see DeLuca end things, but this scene between the two exes had us feeling all the things again. We get it — finding out the person you're with is the daughter of your boss is pretty intimidating. We understand why DeLuca got awkward, but we liked these two together, and really wish it ended up working out.

And Maggie's right. Thanks, DeLuca, for manning up like a gentleman. At least we got some closure, and you never disappoint.