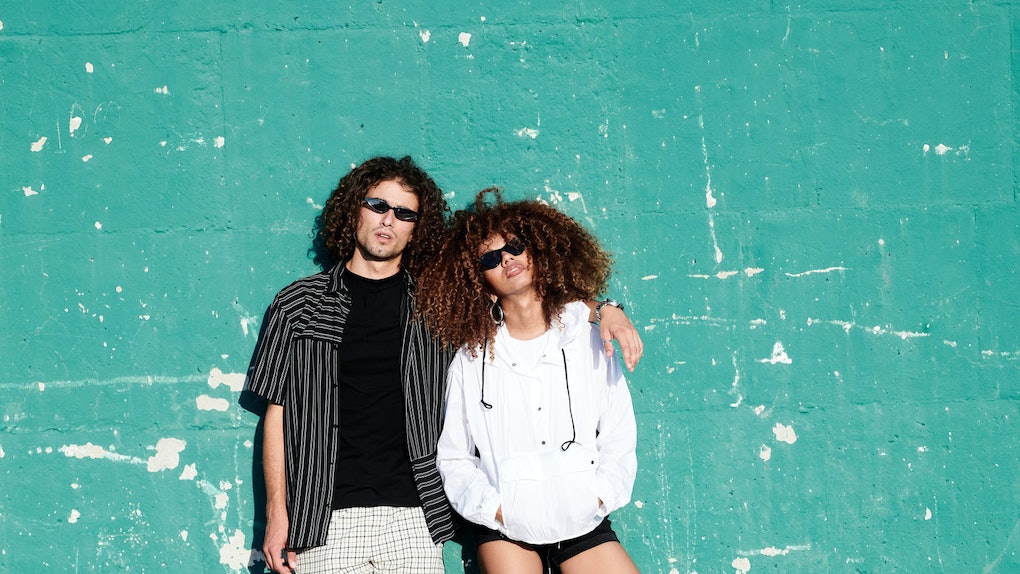 7 Clever Ways To Ask Someone On A Date IRL, Because It Can Be Hard Sometimes

Anyone who's ever come across a hot stranger IRL (so basically, everyone) has probably considered asking someone on a date and perhaps struggled to come up with a natural way to do it. Opening yourself up to the possibility of being rejected in person can be so terrifying that many people avoid it at all costs. Unfortunately, this fear of rejection can result in a ton of missed dating opportunities. Thankfully, there are clever ways to ask someone on a date that can take off some of the pressure. Since dating can be such a numbers game, pouncing on as many chances to spend more time with people you're vibing with is never a bad idea.

Let's be honest: So many people meet via dating apps, and that's great! But it seems like we've forgotten how to ask out people we like IRL! At the very least, asking people out in person is a great way to hone your ability to flirt and read others. Remember, flirting is like riding a bike. No matter how long it's been since you last practiced, you can definitely pick it back up when you start again. If your game could use some improving, here are some interesting strategies that have worked for the folks on Reddit.

1. "Warm Them Up" With Flirting And Conversation First

Not sure if girls deliberately plan it out or just do it naturally, but what works best on me is when girls have "warmed me up" a little first, so that when they do ask me out, it feels natural and it's easy for me to say yes.

Girls who are flirty with me from the start will stay out of the female friend-zone.

Offer your phone number first before he asks. That one is a blatant green light for me. But get his number too, if it was an accidental meeting and you might never see him again.

2. Be Direct, Without Using The Word “Date”

I was a senior in college and while leaving class the cute boy that sat across the room from me stopped me in the hallway and said "Hi - I don't ever see you outside of class... but I'd like to. Can I get your number?" Simple and to the point, we had never spoken before this encounter so I thought it was pretty ballsy and gave him my number. 4 years later and we're still together and getting married this year.

3. Strike Up A Conversation And Focus On Finding Mutal Interests

4. Be As Casual About It As Possible, So They Wonder If You’re Actually Asking Them On A Date

Play it causal. You need to build some sort of rapport before you even start thinking about it. thinking about going on a date is going to ruin how you are because you are preoccupied. don't make it out to be some huge thing, you can take it or leave it is the attitude you need. I know it's cliche, but you need confidence in yourself, or the ability to fake it.

5. Pretend You And Your Friend Were Checking Them Out, And They “Dared” You To Get Their Number

If you have to, use the line I always used on girls. Make sure you have a friend close by and square this with them first, so that they don't f*ck it up for you. Go up to the guy all shy like, point to your friend standing a bit away from you and tell him that they dared you to get his number. This is advantagous [sic] because he then knows you like him, and it strokes his ego a bit, and guys like that. Chances are he'll give you his number. If he doesn't it also provides a chance for conversation. Try proving to him that it'll be in his best interest to give you his number. At some point have your friend come over to ease the conversation a bit and thats that.

6. Ask Them If They Want To Do Something Spontaneous In The Moment

If you have a place you want to take her, "Hey there's this place I want to take you. Do you want to go together?" (Phrasing is important, get into the habit of replacing "you and I" with "us" and "we")

If you have no place to go in particular, take whatever immediate option you have. Are you craving sushi right now? Ask her to get sushi with you.

When I talk to someone, I try to behave as if I'm already on a mini date with them. Doesn't matter if it's a man or woman. You just be your best self and be super chill if it doesn't work out. Also, be sure you know if it's even appropriate to ask them out. If they're in an exclusive relationship, they're less likely to be receptive to your advances. Be friendly, and tread lightly. If it's not inappropriate for you to date, and you aren't offensive or creepy, and you demonstrate that you'd be fun to hang out with one-on-one, you'll usually get a yes (subject to scheduling) or a legitimate reason for a no.

Asking people on dates IRL is likely always going to make most people nervous. But, just because you're nervous doesn't mean you should give in to your fears. The worst that can happen is that they say no, and you'll probably never see them again! No biggie. Pick yourself up, and move on to the next!

More like this
Here's Why Someone Cheats On Their Partner, Based On Their Zodiac Sign
By Danielle Sinay
The Ugly Truth: If You Cheat On Someone, You Do Not Love That Person
By Gigi Engle
Shanna Moakler's Reported Reaction To Travis Barker's PDA With Kourtney Kardashian Is Sad
By Candice Jalili
Stay up to date