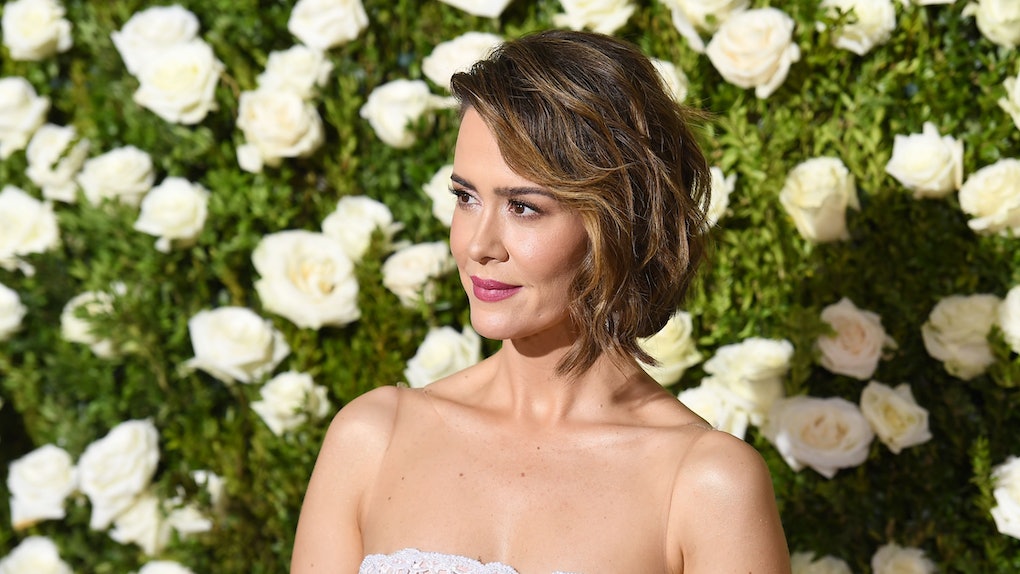 7 Celebrity Phobias That Will Totally Freak You Out

October is finally upon us, and we all know what that means. It's time for spooks and scares of all shapes and sizes. Witches, grab your broomsticks. It's finally our time! Sorry. I'm a scorpio, and I get really into Halloween. It seems like everywhere you turn these days, there is something or someone waiting to scare you. Whether it’s a politician gone wrong in American Horror Story: Cult, or a terrifying clown in the new remake of It, we are all surrounded by the season of horror, and our favorite celebrities are no exception. Even the toughest, coolest, sexiest celebrities out there have skeletons in their closets and phobias you wouldn’t believe. These celebrity phobias will shock you and make your skin crawl. You may think you know everything about your favorite singer, actor, or pop star, but how can you be so sure? Muahahaha. You don’t really know them unless you know what haunts them. What better way to get into the Halloween spirit than by brushing up on these unbelievable celebri-phobias? Get ready to simultaneously amaze and freak out your friends with your hidden celebrity knowledge this Halloween. And who knows? Maybe you’ll discover a new phobia of your own, too.

1. Sarah Paulson Is Afraid Of Holes

My girl, Sarah Paulson, is number one on my list because she is a total badass, and I am fully obsessed with American Horror Story. Every new season, Paulson blows my mind a little bit more than the last. Paulson revealed on Ellen that she inspired part of the newest season of AHS with her own phobias. Paulson is afraid of clowns, of course, but also... holes. It's called trypophobia, which is the fear of clusters of small holes or bumps. If I think about it too much it definitely starts to freak me out.

2. Oprah Is Afraid Of Chewing Gum

Who knew the queen of talk shows was afraid of anything, let alone chewing gum? In an interview with Jamie Foxx from O Magazine, Oprah admitted,

Do you know I have a whole thing about gum? In Mississippi, my grandmother used to chew gum, then stick it in the cabinet. There were rows and rows of Juicy Fruit and Spearmint. I was afraid of it. Even now I don't allow gum in the building where I work. So when I saw you chewing on Oscar night, I freaked out. I said to myself, I'm going to have to say something to Jamie — and if I have to, I'll take the gum. Finally, I said to Gayle, "I gotta do it."

3. Adele Is Afraid Of Seagulls

How can anyone who performs in front of millions of people be afraid of anything? Adele may be brave on the stage, but not on the beach. The singer is deathly afraid of seagulls. In an interview with Now Magazine, the superstar shared her story,

I was walking down the promenade in Tenby, eating a 99, when this huge f***ing seagull came down and swiped it off me. I’ve still got a scar from its claw on my shoulder.

4. Nicole Kidman Is Afraid Of Butterflies

Yes, Kidman is terrified of these beautiful, colorful insects. In an interview from Contact Music, the celebrity revealed where her fear formed.

Sometimes when I would come home from school the biggest butterfly or moth you'd ever seen would be just sitting on our front gate. I would climb over the fence, crawl around to the side of the house — anything to avoid having to go through the front gate. I have tried to get over it ... I walked into the big butterfly cage at the American Museum of Natural History and had the butterflies on me, but that didn't work.

She also admitted, "I jump out of planes, I could be covered in cockroaches, I do all sorts of things, but I just don't like the feel of butterflies' bodies."

5. Kristen Stewart Is Afraid Of Horses

K. Stew may seem fearless on the outside, but on the inside, the actress is terrified of horses. Stewart shared her fear during a panel for the film Snow White and The Huntsman. She said,

I got to jump off cliffs and ride horses, and that terrifies me. I was really, really not happy about having to do all that [horseback riding]. I don’t like that — I hate that.

6. Jennifer Aniston Is Afraid Of Going Under Water

She really, really doesn't like it. The actress told E! News on the red carpet for her film, Cake,

7. Tyra Banks Is Afraid Of Dolphins

I've been afraid of [them] since I was 8 or 9. I have dreams that I am in a pool and there are dolphins bumping me and I'm frightened.

These phobias are proof that celebrities get freaked out, too... even by dolphins.

More like this
These Celebrity Reactions To The Derek Chauvin Guilty Verdict Are Joyful, But Call For Real Change
By Brandy Robidoux
Has Vanessa Hudgens Met Ashley Tisdale's Daughter, Jupiter? She Revealed The Details
By Michele Mendez
Lamar Odom's Quotes About The Kardashian Family Curse Do Not Hold Back
By Brandy Robidoux
Stay up to date