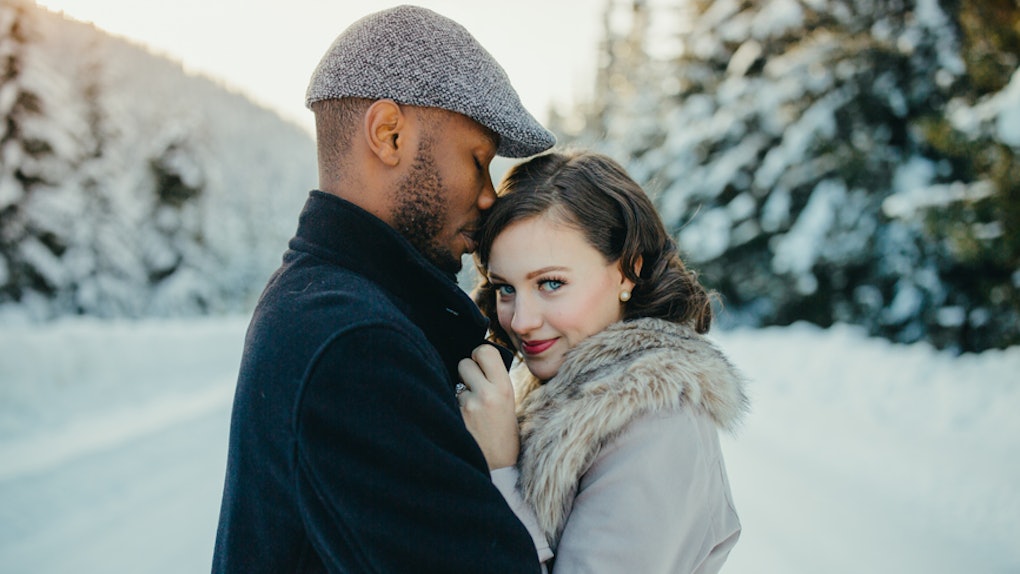 Whether you're only looking for a laugh or actually seeking inspiration for your own blizzard booty call (get it, girl), these posts from snow storms past are all pretty brrrr-illiant.

Honestly, this guy has so much going for him.

I got booze and bud. Holla also got season 4 of friends on DVD and 15 digiorno pizzas on stack.

This guy wasted no time getting to the point.

These girls are so Team Aidan.

Three snow bunnies in East Williamsburg seek three or more tall men in their late 20s-30s who love to cook and clean. Must be tall and over 26 years of age. We are three pretty, funny girls who work in the arts looking for three sharp men to keep us warm during the blizzard. Groups of three or more only. Architects, skaters, and high-end furniture designers encouraged to apply.

Ugh, this pun. So great.

A 'sexy tight panty boy' sought assistance from 'a guy with a snow plow to plow my driveway then plow me.'

— via The Daily Dot

As we sit on the brink of a major snowstorm and prepare for a nearly shut-down NYC, I'm seeking a 20- or 30-something female who shares my excitement for snow days and wants to create the semi-romantic, mildly productive yet equally fun adult version. I'm talking endless movies, cookies, whiskey and red wine, occasional work on a strictly as-needed basis, potential igloo-making in a private garden and making out. The latter part obviously depends on attraction and compatibility and can of course escalate to more serious sexual acts, so let's chalk it up as a nice-have.

This guy threw in his Netflix password, which feels really serious to me.

Seeking snuggle buddy for upcoming blizzard. Will make u pancakes and coffee and hot chocolate all day. You'll also get my Netflix password. I have lots of thick blankets and interesting books to read if we get snowed in.

This girl just wants to have a good time.

So, I don't know if you heard but it's pissing white from the sky! What better way to enjoy the elements than a full on snow day cuddle? Think about it. Netflix, snuggling, cookies, vodka, snow-ball fights, and anything else our eager adult brains can think of! Me? Late 20s, successful, fit, energetic, fun. You? Willing to embrace this sh*t-storm with someone awesome.

Who's praying for snow?