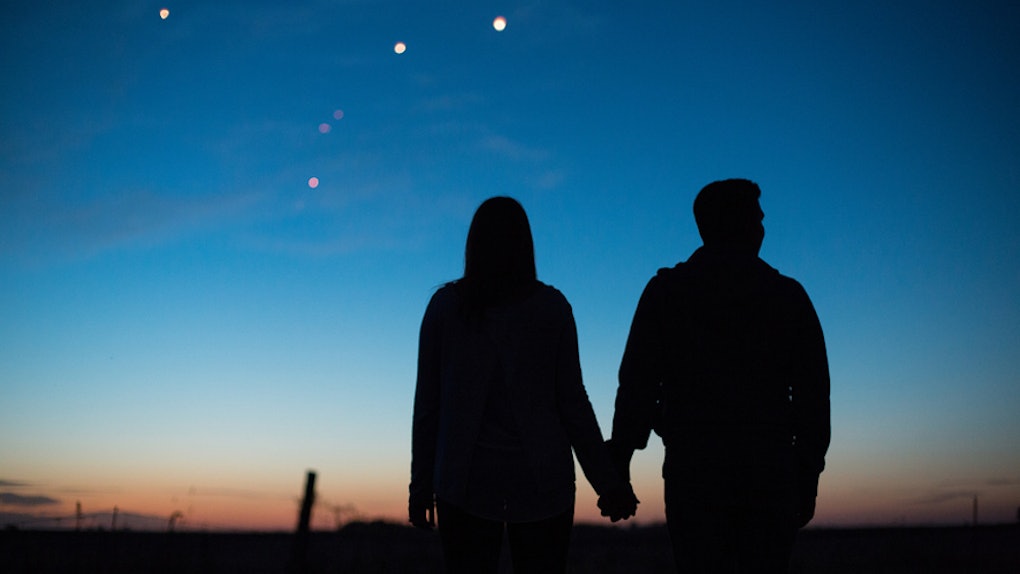 Look up. The sky always has something to show you. The city has a lot of bright lights, and you love staring at the skyline. When all the windows of the big buildings are illuminated, I suppose it can be a little inspiring. But, I promise you that you're sort of settling when you stick to skyscrapers, and that the best night show comes from the stars. Nothing will ever quite compare to being surrounded by nature and getting lost in the galaxy. The best places to stargaze can be as close as your backyard, or as adventurous as camping in national parks. They say you should shoot for the stars, but sometimes, just looking at something so lovely is enough.

Maybe you recently tuned into The Super Blue Blood Moon, or can just pick out a constellation or two. Astronomy was your favorite part of science class, and I can't really blame you — it's pretty cool. If you're anything like me, you blame your problems on Mercury Retrograde, listen to all those zodiac sign articles, and are definitely not a rookie to reading daily horoscopes.

Truth is, the universe is big and we love to believe in it and the power of the planets. It's fascinating to think that the stars have control over our fate, and there's something romantic about gaining such a stunning perspective of our place in the whole wide world. If you're looking to do some soul-searching, or are just in serious need of nature, check out one of these seven stellar spots for some stargazing with your boo.

One of the best places for stargazing in North America is Big Bend National Park in Texas. The key to seeing all the stars in the sky is always to find a place with the smallest amount of pollution. That's why cities aren't so ideal, unless you go to the top of a skyscraper and call it a mountaintop, Friends With Benefits-style.

This national park should definitely be at the top of your bucket list if you want to swoon over thousands of stars with your naked eye. Throw a tent in your car, and put an extra pair of binoculars in your backpack. You'll most definitely want to see this spot's sights.

The sky will always hold a spectrum of color at Denali National Park and Preserve in Alaska. You'll want to bundle up a bit for this destination because its rather snowy, and very much a getaway in the glaciers. But, you won't believe the peace of mind you can find amongst these mountains.

This is a particularly prime spot if you're looking to see the Northern Lights. It's a natural wonder of the world, and seeing it firsthand will leave you a little speechless. You've heard of a glow-up, but who knew the galaxy could have all our awkward phases beat?

Sometimes the best places to see the stars aren't outside, but rather from the eyes of an observatory. There are thousands of planetariums and public telescopes you can check out (Cue the magical scene from La La Land at the Griffith Observatory in Los Angeles), but the Mauna Kea Observatories in Hawaii take science to a star-studded level.

Sitting on an inactive volcano, this place is perfect if you want to get a little schooled on your stars. The atmosphere is rather dry at the top of this mountain, so pack some extra moisturizer. It makes for many clear nights to see all the stars in the sky and get in touch with the galaxy.

The National Bridges National Monument was the first International Dark Sky Park, awarded by the International Dark Sky Association. Essentially what this group does is pick the best nocturnal spots around the world — the ones with the clearest skies and most commitment to its nighttime nature. So, this park is kind of coolest place to see your favorite constellations.

Packing a camera is crucial. You'll most definitely want to capture something cosmic for social media at this spot.

Meet me at the Milky Way in Cherry Springs State Park in Pennsylvania. The West Coast is most definitely the best coast when it comes to stargazing, so this spot along the Eastern border will be most ideal if you live closer to Boston rather than Los Angeles.

Black cheery trees stand tall to create quite the skyline. You'll want to check out the rest of the park from dawn until dusk, and then camp in one of the astronomy fields to truly sleep under the stars. Another certified Dark Sky Park, this park is perfect if you want to meet some fellow star-lovers and have a party with the planets.

If you're not a fan of camping, but are still obsessed with orbits and the like, book a plane ticket to Northern Ireland and check out the Forest Domes. Spend a night sleeping in one of these bubbles with your bae, and escape to a one-of-a-kind experience.

This resort isn't your average beach vacation with an unlimited buffet all day, but it sits right on a lake with spectacular views of the stars. Sure, the accommodations are still quite amazing, but you won't want to sleep on the sights too much. The transparent ceiling makes it easy to see everything the night sky has to offer.

Believe it or not, you can do some of the best stargazing right in your backyard. Anywhere with little pollution and a lot of trees will be perfect for viewing the night sky.

Go to a local park, drive down to the shoreline, or hike to new altitudes to unleash your inner astronomer. Maybe you even set up a tent and spend a summer night in a sleeping bag instead of your bed. Sometimes, our horoscopes have our hearts and heads a little stressed, but looking to the real stars will certainly speak to your soul.