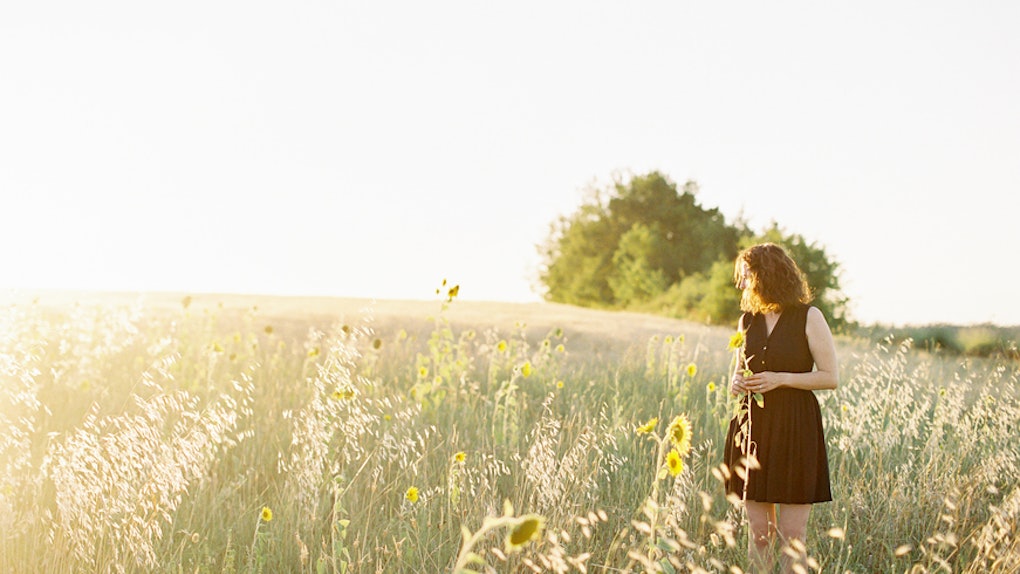 If I had a penny for every time someone said something totally annoying when I would complain about being single, I would legit be as rich as Beyoncé. And if you ask me, some of the things we say to single people really need to change. That's because they are almost always said without remembering how hearing those same things used to make us feel. The things everyone says when you're single tend to run the gamut from slightly annoying to downright insulting. The worst part is some people tend to brand you as "bitter" unless you just listen to their silly speech and grin and bear it.

One of my fave worst pieces of advice has got to be the ol' "it'll happen when you least expect it" spiel. I would always think really? Then it's probably never going to happen because I'm pretty much always expecting it in a neurotic "can't stop obsessing" kind of way. But just like everyone promised, it did happen. I have to say, the moment I simmered down and got caught up in another aspect of life — BAM. Love happened. So even though they might make you want to scream sometimes, which single mantras are actually helpful to tell yourself? Don't worry, there are a few.

Before you roll your eyes, hear me out: I was totally that person who couldn't wait to be in a relationship. To me, being single felt like a sickness, and I was perpetually looking for the cure. And just like everyone says, now that I'm in a relationship, of course it seems like all the single folk around me are living it up while me and my boo are transitioning into retirement. Grass is grass, don't fall into the trap of believing that it's any greener somewhere else.

While there are no absolute guarantees, most people end up meeting someone they subsequently can develop a romantic relationship with — it really is just a numbers game. Plus, when it comes to being in a relationship or being single, one isn't inherently better than the other. They are just two different ways of moving through the world.

3. "Try Focusing On Meeting New People And Expanding Your Inner Circle. You'll Be Surprised By How Many Single People Are Out There."

I fought people on this idea for so long, but the truth is, there are plenty of single people moving about the world. While serial dating in hopes of finding your forever boo can be an exhausting undertaking, approaching it from a less intense angle can take a lot of the pressure off. And at the end of the day, making new friends is never a waste of time, so try to remind yourself that, even if someone isn't the love of your life, they could still be really great to have by your side. And who knows? They could end up knowing a single hottie or two.

4. "If You're Not Enjoying The Dating Process, Don't Force It. It's OK To Take Breaks."

Like I said, dating is an arduous process, and sometimes, it's just not very fun. If you're in a slump and feeling drained and dissatisfied, be nice to yourself and take a break to recharge. Remember that life isn't about getting somewhere faster than anyone else. Respect the place that you're at and stop to think about the things in your life that are going well. Being appreciative for what you do have is one of the single most productive things you can do.

5. "A Partner Won't Make You Happy. Learn How To Be Happy On Your Own."

True dat. Of course, having someone to experience life with can make the good moments even better, but having a partner isn't going to make you happy if you're struggling to find it on your own. People come and go, but at the end of the day, being able to take in life's beautiful moments, regardless of your relationship status, is key.

6. "There's Nothing Wrong With Being Single. You're Just Not Willing To Settle."

I'm sorry, but it's true. If you really just wanted to date someone, then I promise you, that is totally achievable in a very short amount of time. But chances are, you have certain expectations and standards that you want this person to meet, and that is a good thing. Think about all of the people out there who suffer through bad relationships just to say that they have someone. You, on the other hand, aren't wasting your time.

Just remember, if you're single and want to be in a relationship, then there are always steps you can take to move closer to that goal. If online dating isn't your thing, try getting involved in a new hobby that will involve interacting with likeminded people. And in the meantime, take a deep breath and don't let yourself get bogged down in negativity. Life's too short and you're too fabulous.