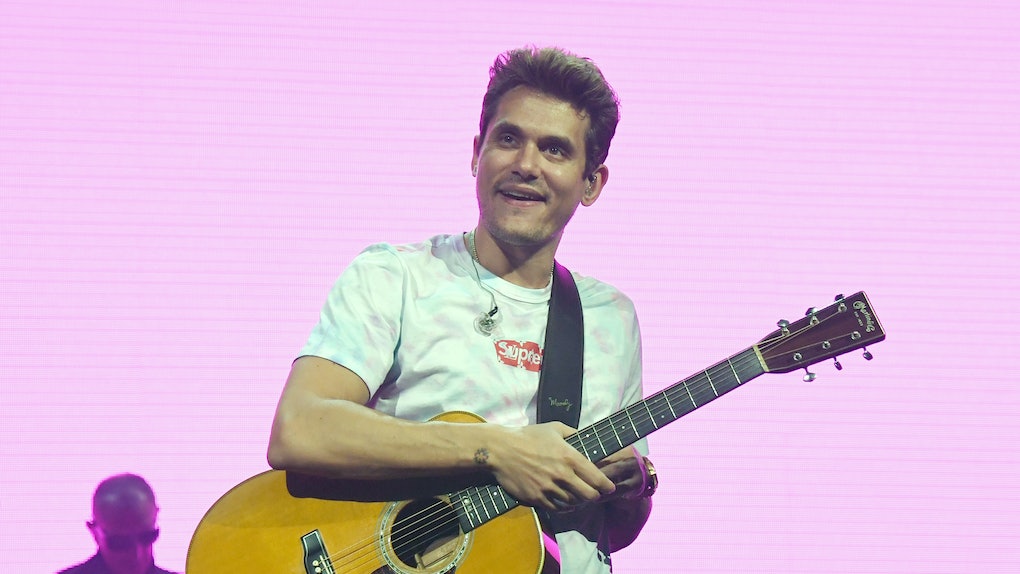 Wonderland or not, at the end of the day, John Mayer’s body is just like yours and mine: prone to physical ailments that sometimes need medical attention ASAP. The singer-songwriter was reportedly rushed to the hospital on Dec. 5 to have an emergency appendectomy, a medical procedure to remove his appendix. What’s scary about appendicitis is that it’s not always clear what causes the condition. Still, there are obvious signs of appendicitis to make yourself aware of, so you can get the proper medical attention should you or a loved one ever need to have the surgery.

Mayer’s representatives confirmed to People that Mayer was admitted to the hospital for an emergency procedure the morning of Dec. 5, causing the Dead & Company concert in New Orleans to be postponed until further notice. So for fans moaning and groaning over the delay, consider this Mayer’s doctor’s note. Even if the performer had wanted to put on a show despite the pain, an appendectomy is necessary when you have an appendicitis, according to SELF.

"When we see people who have ruptured, it's generally because they waited and thought they would be fine," Dr. Sanford Vieder, medical director of Lakes Urgent Care in Michigan, told SELF. "But appendicitis doesn't get better.”

Appendicitis happens when the appendix becomes irritated and fills with pus as a result of infection. An even bigger issue than appendicitis itself is that identifying the problem can be tricky because symptoms aren't exactly what I'd call "unique" to the illness. However, it's absolutely vital to your health to at least become better aware of the following red flags, as it could be a life-threatening condition if not properly cared for.

1. You Have The Worst Stomach Pain

Personally, I'd be really thrown off by this one because, as someone who struggles with IBS on the reg, how my stomach is feeling varies from day to day. According to Healthline, however, the abdominal pain you experience when your appendix is just about ready to burst is unlike any stomachache you've ever, well, stomached.

See, the appendix ruptures in response to severe inflammation, and when your appendix is angry and super swollen, it starts to "irritate the lining of the abdominal wall," leading to horrible pain in the right lower part of the abdomen. Because this pain feels like your typical stomachache at the beginning of appendicitis, it's often overlooked, so you might want to evaluate if your tummy issues are because of the bad sushi you ate the night before, or something a little more serious.

High body temperatures are another tell-tale sign of a burst appendix, so the next time you assume a fever and chills is just a passing cold, consider this fun (or scary) fact. Appendicitis can cause your body temperature to raise to anywhere between 99 and 100.5 degrees Fahrenheit, and a fever greater than 101 degrees is a red flag that the appendix has already ruptured.

Not even Pepto-Bismol can get you out of this one, friends. Unlike the heinous abdominal pain that can occur during appendicitis, feelings of nausea probably won't be as severe.

Take note of your appetite during this time. If you're suddenly uninterested in food, and mild nausea and/or vomiting continues for a few days or so (in addition to lower-right abdominal pain), gastroenterologist Michael Payne, MD, told Health.com this means you should seek medical attention ASAP.

4. You Have The Painful Urge To Pee Constantly

One of the most common symptoms of appendicitis involves experiencing a painful urge to pee, and if you've ever had a UTI, then you know the feeling I'm talking about.

When an inflamed appendix comes in contact with the bladder, your urinary tract can also become inflamed, resulting in the dire need to pee. Unfortunately, doing your thang in the bathroom will hardly bring you any relief. The peeing process itself in this situation is extremely painful, but oh so necessary.

You know that "gotta go" feeling? Diarrhea or, on the flip side, constipation, can both be signs of appendicitis. This is said to happen to one in five people who suffer from the illness, so it's not a guaranteed red flag to watch for, but it's definitely something to keep in the back of your mind.

6. You Have Major Brain Fog

Consider this one a giant red flag violently waving in front of your face. If, on top of any of the prior mentioned symptoms, you're experiencing a noticeable amount of mental disorientation, there's a good chance the infection has entered your bloodstream.

It's not that anything is going on in the brain—just that the infection is getting worse and expending a lot of body resources including oxygen, so the brain doesn't get enough and doesn't work normally.

When anything feels even slightly off in the brain, you should always reach out to a medical professional to figure out whether or not your body's sending out an SOS, or just feeling under the weather. Bottom line: If you're feeling the fog, don't hesitate to seek help immediately.

More like this
These 40 Clever Vaccine Selfie Instagram Captions Deserve A Shot On Your Feed
By Rachel Chapman
TXT's Zodiac Signs Prove That Opposites Really Do Attract
By Chelsea Jackson
What Is The Pinterest Lookalike Trend On TikTok? It's A Shocking Selfie Hack
By Marisa Casciano
Stay up to date