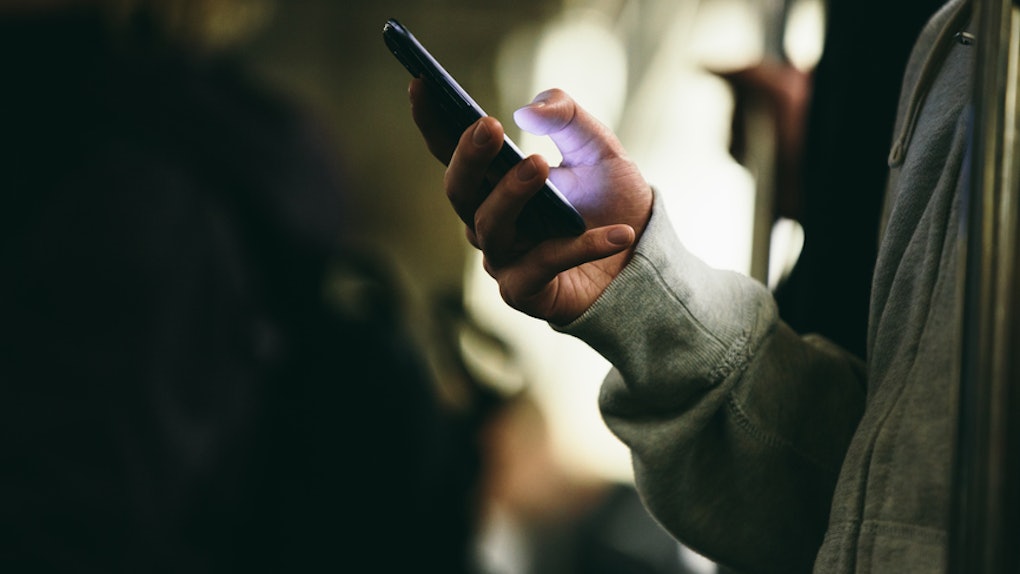 It's pretty intense to think that, before social media, everyone just went into dates basically blind. If you didn't happen to have any real-world friends in common, you really had no way of knowing who someone was before your date. But now, thanks to social media, you can prescreen all your dates for any red flags on Instagram or Facebook or Twitter, so you can dodge some pretty serious bad-date bullets.

When doing a little pre-date recon, there is so much you can learn about someone from their Insta — both things they want you to know, based on what and how they post, but also, many things they don’t even realize they're conveying. And if they don’t have any social media... well, that could be a pretty big red flag on its own.

Dig long enough into someone’s online presence, and eventually, you'll probably find a questionable post or something that's an outright deal breaking. If that’s the case, well, your work is done here. Let them know that something came up, and you'll need to reschedule your date for... never. Easy peasy. But sometimes, the red flags can be a bit more subtle. In those cases, you want to be looking out for a pattern of posts. So here are some red flags you might want to keep an eye out for the next time you're doing your pre-date due diligence.

One of the biggest red flags to keep an eye out for is bigotry and sexism. Pay attention to their hashtags, memes, and bios for clues. Maybe they think they are being cute or subversive by being "politically incorrect,” but the truth is, their casual misogyny or racism is actually a symptom of something darker and uglier that you want to avoid at all costs.

We all are tempted to get our subtweet on from time to time, and maybe we even go through with posting a few. But if your potential date's Insta feed is full of passive-aggressive digs posts or captions, run. This is probably not someone who is going to be chill and drama-free.

Now, I didn't say no selfies here — that’s ridiculous. But if their timeline is just, like, a wall of selfie after selfie after selfie, you may be dealing with someone with a bit of an ego problem. Still not convinced? What if I told you that one study found that the more selfies men have on their social media, the more signs of narcissism they displayed? Ah, now, I've got your attention.

One of the best ways to get an idea about who someone is through their Instagram to take a look at whom they are following. Is it all just bikini babes or horrible, ignorant political personalities? Yep, that's a red flag.

5. Drugs And Alcohol Are Everywhere

We all love to get our party on from time to time, but if their Insta timeline paints a picture of a life that's only about partying, drugs, and alcohol, then maybe they are not the right fit for you (depending on your own lifestyle, of course).

6. All Their Posts Are Materialistic

Are all their pictures of them posing with stacks of cash or in front of (usually someone else’s) boats, cars, planes, etc.? An obsession with material things to that level is not cute, and more often than not, it's a sign this person could be superficial AF.

While you can never really know who someone is just by what they post on Instagram, it is a literal snapshot of their priorities and how they want to be perceived. So if they are sending the message that they are kind of terrible — at least to you — then believe them and save yourself some grief.