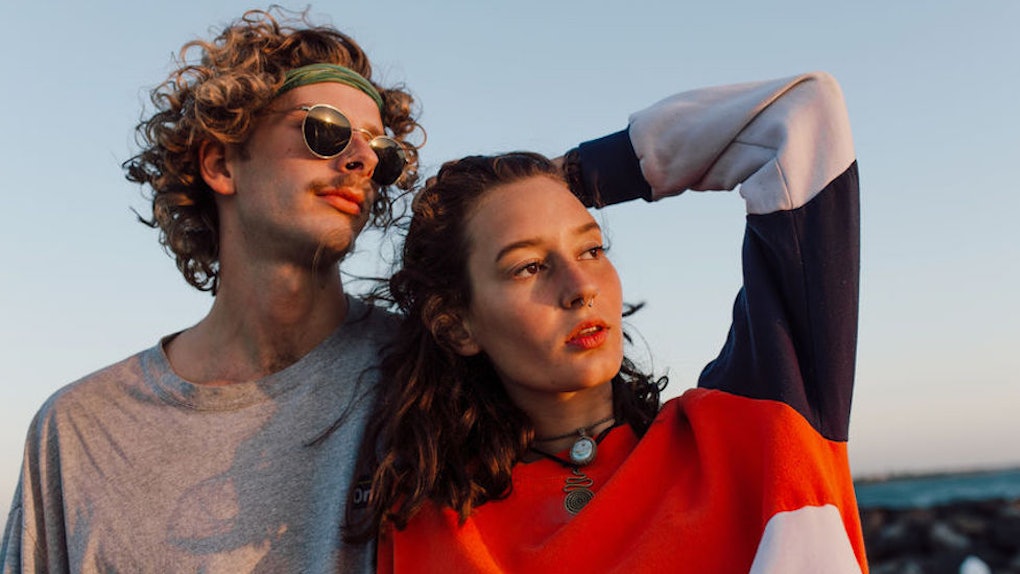 6 People Reveal Who They Cheated On Their Partner With, & There's Definitely A Pattern

All of us know that cheating on someone we're in an exclusive relationship with is wrong, and yet, that doesn't stop people from doing it. More often than not, the damage done to a relationship due to infidelity is so intense that it's difficult (but not impossible) to rebuild the trust. If you've ever been cheated on, then you definitely know just how terrible it feels to have your trust betrayed.

When people reveal who they cheated on their partner with, it oftentimes ends up being a pretty shocking revelation. Even if it was "just" a drunken one-night stand with some rando, the pain still cuts deep. But some people end up having the particularly awful experience of finding out that their partner cheated on them with someone in their circle, possibly even a friend.

The one silver lining when it comes to discovering your partner has stepped out on you is that it can be a major wake-up call. Maybe things weren't as solid as you thought they were. Or maybe your "best friend" did what no real friend would ever do and slept with your partner. But once you know, you have the power to cut any and all toxicity out of your life and start anew. According to several cheaters, here are the people who they ended up cheating with.

Dated all through high school and it was the summer after senior year. Things have been going down hill and I see her kiss someone at a beach party. It was the straw that broke the camel's back so I walked back to my house and had sex with her best friend. And then proceeded to sleep with 4 other girls that summer before we broke up to go to college.

I was falling out of love with her and in love with someone else. Luckily I did not go too far until I realized I was that asshole and broke it off with my ex before I continued. Still in a relationship with the girl I cheated on my ex with after 6 and a half years so at least I know I made the right decision to move on, but the feeling of cheating on someone is awful and I wouldn't ever do it again

We were in a long distance relationship. Dated in high school and I went to college. He always complained about coming to see me every other month when I would come back to see him every weekend. He also didn't like texting or calling as much as I wanted him to. Then I met a guy who enjoyed talking to me and hanging out with me. I didn't make many friends so I took what I could get, even if he had a girlfriend while he was constantly hitting on me. I was lonely and weak. He was very manipulative. Me and my SO eventually broke up but I didn't tell him about the affair until after we got back together and dated for two more years. He was hurt, but understood I regretted it and felt disgusted with myself.

I had an abusive partner for a while. He was manipulative and pretty much only came around when he wanted sex. I wasn't allowed to have friends or go out without him, so I was sitting at home and chatting on facebook with an old friend. He asked if I wanted to come watch a movie at his house, and I said yes. Because I needed to be free. So I went to this dude's house knowing full and well that I was going to have sex with him. I didn't even feel bad about it the next day. I was so miserable in this relationship that it was easy for me to soberly decide to go f*ck another dude just tell feel normal. I don't regret it. I left shortly after.

I fell in love with a married coworker and the sex was just insane. I felt immense guilt since he was totally married with a toddler. I ended up quitting my job and moving out of state because I didn't think we'd ever be able to stop. He asked to see me the day before my move. He claimed he loved me and he cried and he said he felt so bad that I was getting run out of town. I never told my actual boyfriend about the affair.

6. A ton of different people.

Married for more than 25 years, and have had multiple affairs during that time. Some of them lasted for years. Why? Mostly due to a lack of sex from my wife and a need to feel wanted/attractive.

Many of the women I slept with were very good friends of hers. There were only a couple who didn't know her at all, but all of them knew I was married before anything happened.

Although I'm not someone who typically sympathizes with cheaters, it's plain to see that the decision to cheat isn't always black and white. If your needs (both physical and emotional) aren't being met in a relationship, it can be tempting to seek out gratification elsewhere. This certainly doesn't make it OK, but it's also important to understand why people do what they do so we can all do better in the future.