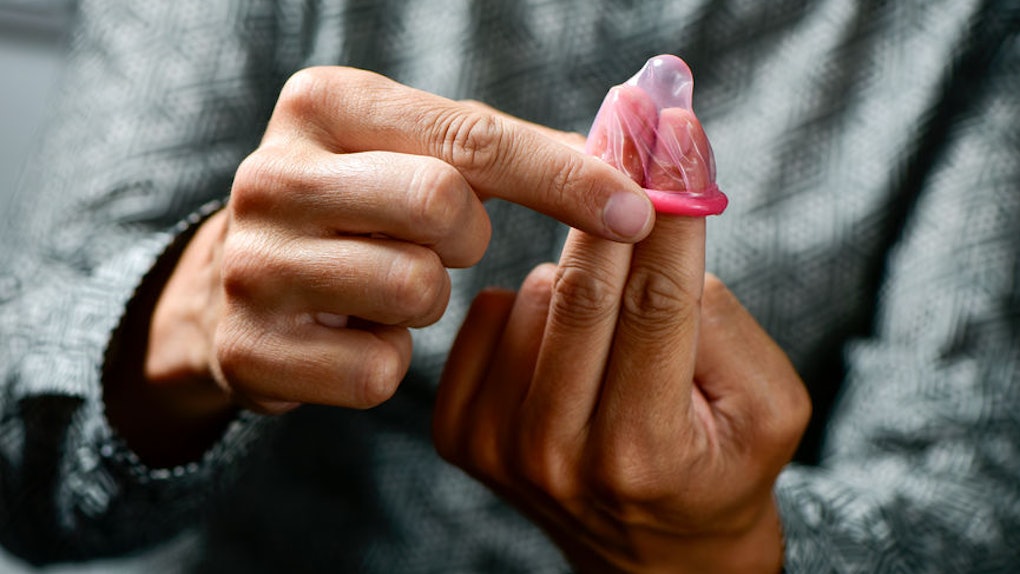 6 Non-Hormonal Birth Control Methods That Are Totally Safe, According To Experts

Since everyone's body is different, finding the right type of birth control for you is a process that may take some time. For anyone looking for an alternative to hormonal birth control, the good news is that there are several options out there. When used correctly, non-hormonal birth control methods are an effective way to prevent pregnancy without the use of added hormones, if that's what you prefer. According to Planned Parenthood, even though hormonal birth control has been proven to be safe for many people, this doesn't mean it is the best choice for everyone — especially if you have underlying medical conditions.

"Like with all medications, the pill isn’t for everyone," reads the Planned Parenthood website. "Your doctor will help you figure out if the pill is safe for you." If you've decided to forgo hormonal contraception due to unpleasant side effects, according to Jess O’Reilly, Ph.D. and host of the Drive Him Wild video course, non-hormonal birth control may be a good option for you. "Those who report issues (e.g. nausea) with hormonal birth control may find that their symptoms subside when they switch to a non-hormonal birth control," O'Reilly tells Elite Daily. "You know your body best, so if you have a reaction to any birth control (hormonal or not), speak to your health practitioner about other options. Even if your side effect is rare, it’s affecting your body, so don’t be afraid to speak up and be your own health advocate." That said, here are six types of birth control to consider that don't involve hormones.

An external condom is a barrier worn over a penis to prevent the direct contact of genitalia, explains the Centers for Disease Control and Prevention's website. "The only way to guarantee you are having safe sex is to take control of your sexual health," licensed relationship therapist Eboni Harris told Elite Daily. If condoms are your chosen method of protection, then "this means having condoms [readily] available," she added. Thankfully, you can find them at most drugstores.

Also known as female condoms, internal condoms are another non-hormonal birth control method. "They cost more than the [standard] condom and some people still don’t love the external component (a ring that sits around the outside), but it does offer the benefit of personal agency and a reduced risk of STI transmission," says Dr. Jess.

As far as efficacy goes, Planned Parenthood explains that internal condoms are less effective at preventing pregnancy and STDs. "If you use them perfectly every single time you have sex, internal condom effectiveness is 95 percent, but people aren’t perfect, so in real life, they’re about 79 percent effective."

"This is one of the most effective forms of birth control and emergency contraception," says O'Reilly. "Considered over 99 percent effective, it is inserted by a medical practitioner into the uterus and the copper changes the way the sperm cells move to reduce the likelihood of their making it to the egg."

However, again, copper IUDs may not work for everyone. Talk to your doctor to make sure a copper IUD is right for you.

"This is a bendable silicone cup that sits over the cervix (inside the vagina) to stop sperm from entering and meeting the egg," explains O'Reilly. "It is considered 88 percent effective when used with spermicide." However, Dr. Jess also notes that diaphragms can be a bit inconvenient to use as they need to be pre-fitted, inserted yourself before sex, and left in for at least six hours after sex. They also need to be used with spermicide for the best results. "Spermicide can irritate the vagina and increase STI transmission risk," adds O'Reilly.

Similar to a diaphragm, a cervical cap is a smaller version that also blocks sperm from entering the cervix and potentially finding an egg. They're also used with spermicide, notes O'Reilly. "You can leave the cap inside of your vagina for two days, but its efficacy rates are slightly lower than the diaphragm."

Sponges, like the Today Sponge, are another type of hormone-free birth control, but just like any other method, they also have advantages and disadvantages. "The sponge is inserted into the vagina against the cervix and contains spermicide," explains O'Reilly. "It functions by blocking the cervix and slowing sperm down (this is the spermicide’s function). Its efficacy rates are lower for women who have already given birth and it does not provide protection against STIs."

Planned Parenthood states that sponges are between 76 and 88 percent effective.

There are so many different types of birth control methods out there. If you're not jiving with your current birth control for whatever reason, don't feel like you have to ride it out. Contacting your health care provider to find out more about all of your options, and which one is the best for you, is a great first step.