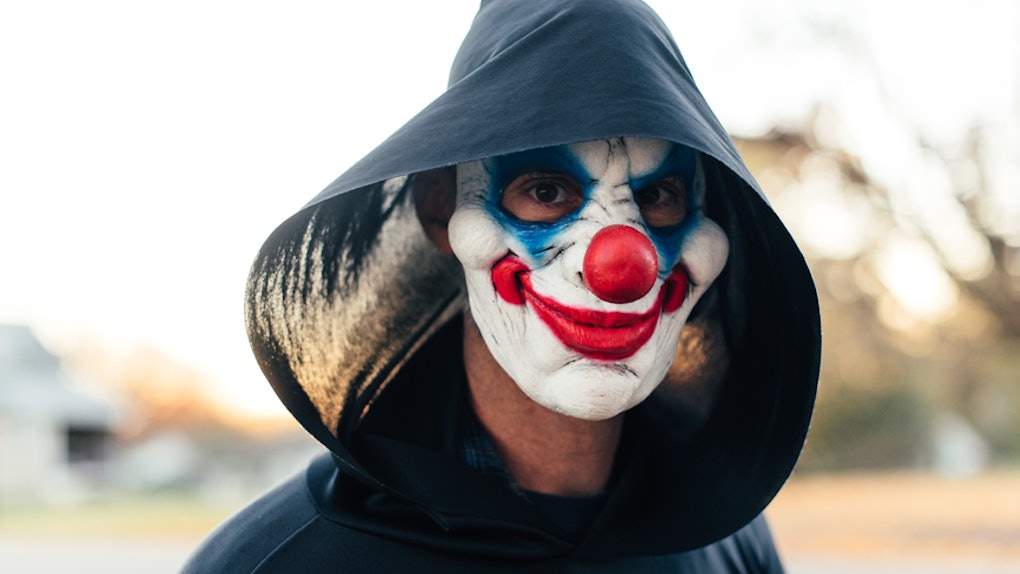 Halloween is the best chance we have every year to do something totally out of our comfort zones. Seriously, what other situation allows you to wear a Scream mask to your workplace, or an inflatable horse around your waist to a bar? Even though it's the ultimate get-out-of-jail-free holiday, it kind of feels like there aren't enough funny "shook" Halloween costumes for you to really blow your friends away.

With the explosion of diversity we've seen both musically and in television in recent years, your best bet for a really "shook" Halloween costume is to channel your favorite TV character, musical performer, or cultural icon. From Lady Gaga, to "Zombie Taylor," to Winona Ryder, there are plenty of sources of inspiration for you to come up with a costume that will scare the crap out of your friends and leave them feeling shook as all hell.

The best part about these Halloween costume ideas is that they require you to give your absolute all while you rock them. After all, it's not so much about the clothing you're wearing, but the way you're acting that will truly surprise and disturb your friends. So make sure that you really get into character when donning any one of these six funny, "shook" Halloween costumes.

A Stranger Things costume won't exactly guarantee you stand out all night, since it's a pretty popular choice, but come on, what's shaken you to your core more fully in the last two years than this amazing show?

Sporting the nosebleed is critical for the freak-out factor, so make sure you get some fake blood, or ketchup at the very least to pull it off.

Here's a more literal way to be the most "shook" one at whatever Halloween party you attend: Shake it off, all night long.

Plus, you've got multiple Taylors to choose from in her music video, which will make it easy to pull together an outfit from the clothes and accessories you already have in your closet. All-black Taylor or ballerina Taylor, for example, are two of the most iconic looks from this video.

Has anyone delivered a more "shook" comeback than Taylor in her "Look What You Made Me Do" music video?

Zombie Taylor is creepy as hell, and lucky for you, a pretty easy costume to recreate. All you need is a blue dress, a bunch of dirt, and a zombie mask or some face paint.

4. Winona Ryder At The SAG Awards

Winona Ryder was not keeping her cool at the SAG awards, and the internet promptly freaked out. Has anyone embodied the definition of "shook" better than Ryder, whether she intended to do so or not?

To create the look for yourself, whip out a cute black dress, and simply ball your fists up and walk around looking like you're about to set a hex on someone. It's pretty much guaranteed you're going to terrify at least half of the people you come across.

Get Out is arguably the most "shook" horror movie of our generation, so of course it's the perfect option for a killer costume.

The best part is that you can wear totally normal clothes, unless you want to dress up as the dude in "the sunken place" and wear that fancy suit and walk around with a martini in your hand.

Bonus points if you can get a group of friends to do this and recreate some of the scenes, because what's more terrifying than being unsure if something is fake or real?

In her earlier years as a performer, Lady Gaga defined the idea of shaking things up at every awards show she went to. But her raw meat outfit was by far the most shook.

Although you won't exactly make any friends running around with raw meat all over your body, the fashion industry has actually caught up with our needs to be "shook." Try this meat dress as a Lady Gaga substitute; the best part is that you can totally re-wear the outfit to the next wedding you're invited to! Or not, I guess.