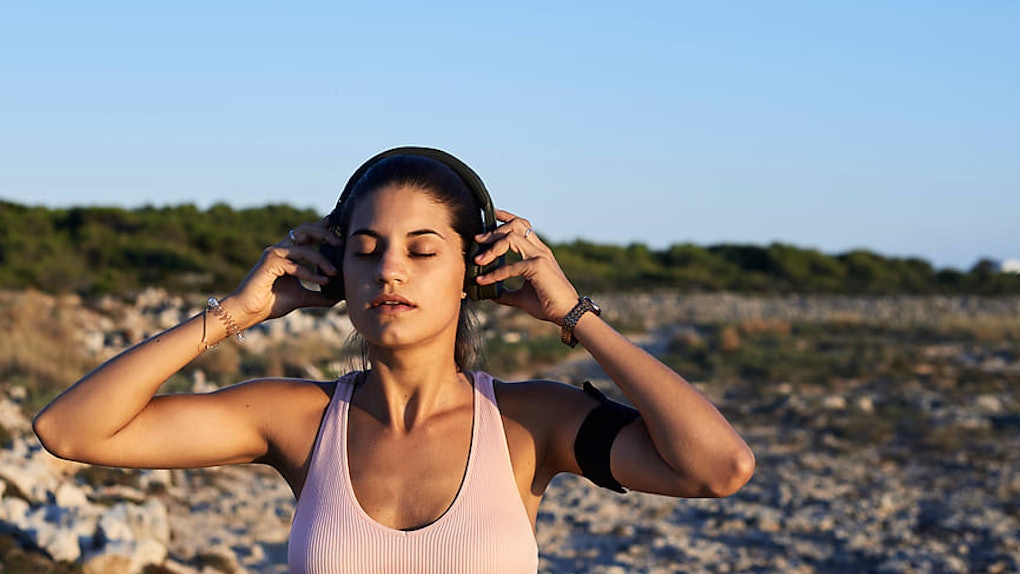 5 Workouts That Make You Stronger Without Weights, According To A Trainer

A lot of people cringe at the mere thought of working out — but, more often than not, it's usually because they haven't found a form of exercise that works for them. For instance, you might shudder at the mere idea of picking up a dumbbell at the gym. And that's totally OK; you don't have to force yourself to move your body in a way that feels bad or wrong for you, and there are workouts that make you stronger without weights, not to mention show you just how much you can actually enjoy your fitness journey when you're not forcing yourself to do something you hate.

Here's the thing: Globally, people just aren't working out as much as they should, and a huge new study published in The Lancet Global Health dove into the ways that a lack of physical activity can affect your health as a whole. In the study, experts from the World Health Organization looked at data from nearly 2 million people around the world and found that, in high-income countries like the UK and the U.S., physical inactivity had proportionally risen from 32 percent in 2001 to 37 percent in 2016. Meanwhile, in low-income countries, the sedentary population remained stable at just 16 percent.

It's pretty bleak to think that one in four people around the world don't exercise enough, but there's a slight silver lining to be found here: Clearly, living in a part of the world that technically has more wealth, privileges, and resources like fancy memberships and SoulCycle classes, doesn't necessarily guarantee that you'll lead a healthy lifestyle. In other words, you don't need high-tech equipment in order to work out or stay healthy. Of course, if it suits you, do you, but the point is, none of that really matters if you hate the kind of exercise you're doing and plan to call it quits after only a few sessions. In reality, it's all about finding something that you'll actually stick with and that you'll show up for time and again.

With that in mind, if you're someone who hates weightlifting, it might be time to take a different approach to fitness — aka ditch the weights and quit forcing yourself to do workouts you loathe. There are plenty of muscle-strengthening exercises you can do right at home, many of which are beginner-friendly, but will still get your heart pumping regardless. "Bodyweight exercises build strength even without weights, simply by leveraging your own weight to work specific muscle groups," Leah Kalemba, a fitness instructor for Evolve Personal Training, Fighthouse MMA, and Moveir Dance Studio, tells Elite Daily over email.

So, if you need a starting point, here are a few bodyweight exercises to try out yourself.

Focus On Your Core With A Simple Circuit

According to Kalemba, your core is your BFF when it comes to assisting you with all the other exercises in a typical workout routine, so make sure you give these muscles the attention they deserve. The fitness expert recommends trying your hand at three core-centric moves that are about as straightforward as it gets.

First, start with the "sitting twist." "Sit with your knees bent [and] lean back to engage your abs," Kalemba explains. "Clasp your hands together and rotate to each side in a deliberate movement to work a full range of ab muscles, including your obliques."

Next, lie flat on the ground and transition into bicycle crunches: "Place your hands behind your head, elbows out wide, and cross your elbow to the opposite knee in a crunch," the trainer instructs. "Alternate in a bike-pedaling motion to up the ante compared to boring ab crunches."

Finish off your circuit with flutter kicks: Lie down with your legs extended and your hands under your butt to keep your form in check. Then, lift your head and press your lower back into the floor to activate your core, and lift one leg at a time in a fluid motion as if you’re swimming. According to Kalemba, you should keep your core tight and tucked in the entire time.

Put push-ups and planks together into one workout, and it's the dynamic duo of your dreams — that is, if your dream is to strengthen that awesome upper body of yours.

"There are plenty of variations of the standard push-up to target the upper body, each with its own merit," Kalemba says. "To intensify the upper-body burn, modify your body position to an inverted 'V' for a pike push-up." Alternatively, the trainer adds, you can also drop to your knees to modify the movement if you're having difficulty.

Next, move on to plank shoulder taps to push yourself just a little further. To do these, Kalemba recommends starting in a plank position with your feet slightly further than shoulder-width apart, lifting one hand off the ground and bringing it across to tap your opposite shoulder. When you're done with about 10 reps, switch sides and repeat.

Don't Forget About Those Lower-Body Gains

Deadlifts may not be your thing when it comes to lower-body workouts, but that doesn't mean you have to neglect these muscles altogether. Try incorporating some jump squats at home to take your standard squat up a notch and break a serious sweat. "Power off your heels into a straight-legged jump, arms lifted above your head," Kalemba explains. "Then lower back into a squat position in one explosive movement." Make sure you protect your knees, the trainer adds, by making your leg muscles and glutes absorb the action, rather than your joints.

Then, if you have an extra burst of energy, throw in some high knees. To do these, Kalemba says to start in a standing position with your legs hip-width apart. Bring one knee up as high as you can with the other leg grounded and strong. After a few reps, alternate to the other side.

Back Extensions Don't HAVE To Include Weights

You can strengthen your back without ever laying eyes on a dumbbell, girl — just try some back extensions. "Lie on your stomach, legs extended, and place your hands behind your head, elbows wide and shoulders flat," Kalemba says. "Engage your back muscles to lift your upper body off the floor."

Be sure to lower yourself steadily as you come down, and repeat the motion until your body just can't anymore.

Improve Your Balance AND Strengthen Your Glutes At The Same Time

If those jump squats and high knees didn't quite hit the spot for you in your lower-body workout, show your glutes — and your sense of balance — some extra lovin' with these simple side kicks.

"In a squat position, lift off onto one standing leg and lift the free leg into a side kick, keeping your core strong," Kalemba explains, adding that "this exercise is a friend to your booty goals." Say no more, Leah.