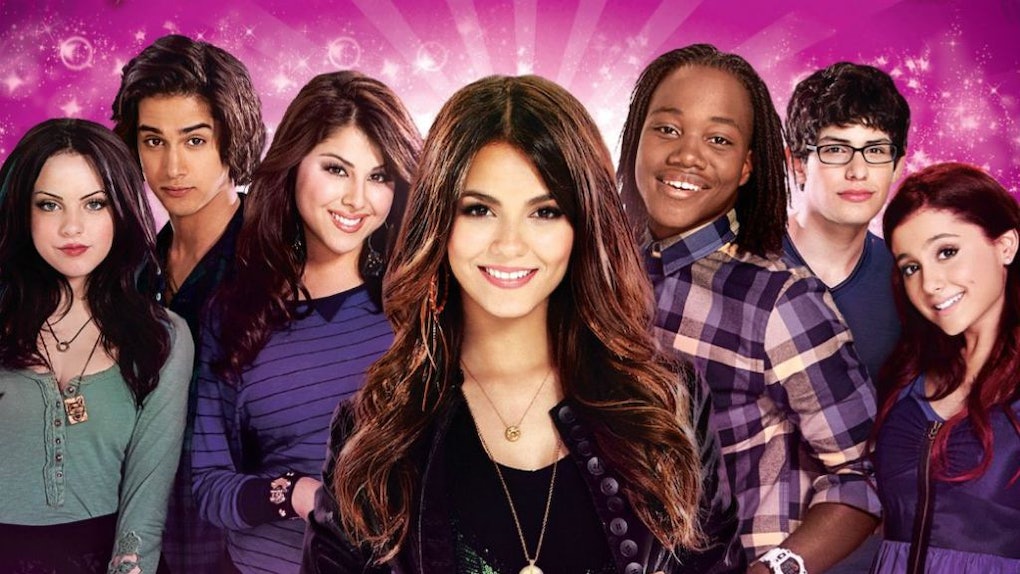 5 Throwback Nickelodeon Halloween Costumes For Fans Of The Classics

It's time once again for Halloween, the only holiday when adding masks is part of the fun. Thankfully, if done right, trick-or-treating can be a social distancing-friendly outdoor activity, making this one of the only holidays 2020 can't mess up too much. But with so many films and TV series delayed and canceled, there's not much in the way of new characters to cosplay this season. But not to worry — there are plenty of throwback Nickelodeon Halloween costumes to bring the right dose of nostalgia, however you decide to celebrate.

Years before the Disney Channel got into the act of children's television, Nickelodeon was out here on cable bringing the slime and Kids' Choice Awards to the masses. It was full of great shows, from the truly old-school favorites like Rugrats to teen dramas like VICTORiOUS, in which teen actors played real teens with age-appropriate problems, who actually acted like teens. (Yes, this is Riverdale shade.) Everyone agrees 2020 needs an extra dose of fun, so why not recall these childhood classics?

Perhaps the most iconic old-school NickToon in history is Rugrats. It ran nine seasons, from the late 1990s until the mid-aughts, with five big-screen films and a 10th anniversary special, All Grown Up.

Who wouldn't want to be Angelica Pickles in this day and age? Luckily, dressing the part isn't hard.

Fans loved Nick's live-action VICTORiOUS and its main character, Tori Vega, who lands a spot in the prestigious performing arts high school Hollywood Arts. But most of all, the loved Tori's outfits. Luckily, Tori's penchant for black clothing makes dressing like her a snap.

One Size Fits Most

Another throwback to the mid-aughts, Zoey 101 starred Jamie Lee Spears as Zoey Brooks, attending California's trendy Pacific Coast Academy with her brother Dustin. When it comes to recreating her Cali girl, look, it's easy breezy.

Avatar: The Last Airbender was a cult-classic favorite back when it originally aired. It's recently been given new life again, having arrived on Netflix in 2020. Fans are ready to play Aang and Katara once more, and luckily, the costumes exist to make it happen.

Remember, these are only suggestions. Nickelodeon was always about getting kids to explore their creativity, so don't be afraid to come up with your own ideas — just don't stand under any precariously placed buckets of green slime.