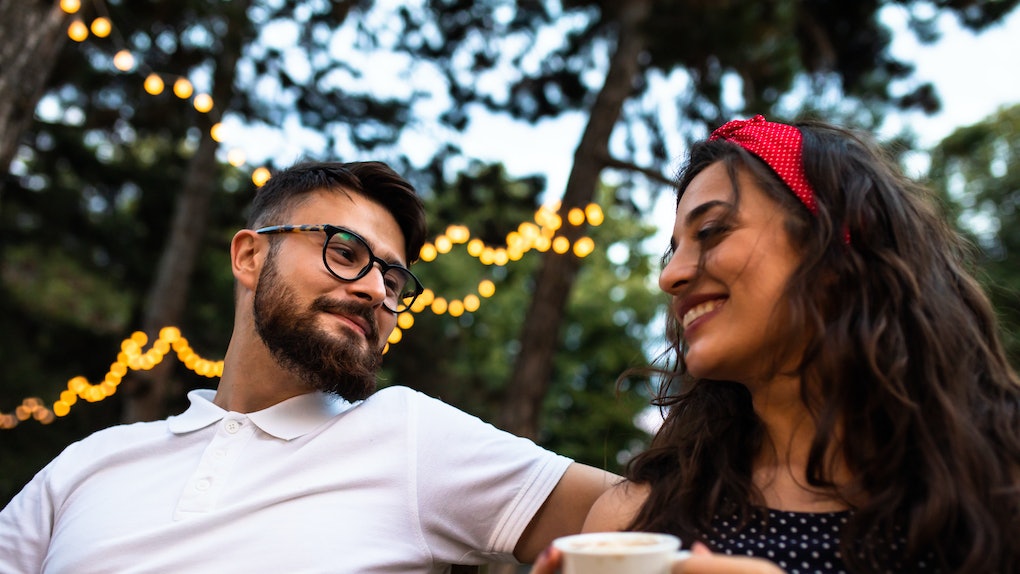 There's no shortage of dating advice out there because, let's face it, dating can be tricky — to say the least. But if it feels like all the suggestions and helpful hints aren't really speaking to you, the problem could just be that they don't quite cater to your needs and personality. That's where Enneagrams come in. For instance, if you’re dating as an Enneagram Type One, the advice you need is likely to be very different than, say, a Type Four because you have different expectations, needs, and ways of communicating.

If you're unfamiliar with Enneagrams, they're a system of sorting personality types into nine categories based on your fears, deepest motivations, world view, and what you prioritize most in life. Naturally, that can have a big impact on how you approach dating and relationships, and can offer insights that general dating advice can miss.

Type One is known as The Perfectionist because they're driven to always maintain integrity and self-control, and to always do the right thing. They have very high standards and expectations, and expect both themselves and others to meet them. They're idealistic and often find it hard to accept imperfections in others. Ultimately, they just want to have balance in their life and live it with integrity, which is admirable but can make dating challenging because it's rare to find a partner with the same rigorous self-discipline.

If you're a Type One just trying to live your best romance-seeking life, here's what you need to know about dating.

It’s OK to just be in the moment sometimes.

Type One prides themselves on being responsible and serious-minded. Deep down, however, they want to be able to let go and be a little silly. Dating can be a lot of fun, but not if you aren't willing to just relax and be present. Type One needs to know that this isn't a failure on their part or an imperfection. It's just the kind of relaxed fun that they deserve to experience.

Vulnerability can be a good thing.

One of the ways that Type One deals with stressful situations (like, for instance dating) is to try even harder to present themselves as being perfect. But that requires putting up all kinds of walls that make it more difficult to connect. In essence, Type One's standing in their own way when it comes to finding a connection by refusing to open up. But it's OK to be vulnerable and let those walls slip a bit.

Communicating your needs is the only way to get what you want.

Type One needs to be seen as being strong and good. This can get in the way of communicating their emotional needs and desires. So, instead of saying anything, Type Ones bottles up their feelings, which can grow into resentments and lashing out in anger. This can blindside whoever they are dating, who had no idea that their Type One partner was feeling this way. While it might be hard to make themselves vulnerable, the sooner Type One realizes that the only way they're going to get their needs met is by communicating, the happier and safer they will feel.

When you disagree, neither of you is 100 percent right or wrong.

Type One sees the world as black-and-white. You're either right or you're wrong, so arguing with a Type One if they're convinced they're correct can be frustrating, to say the least. Because most of the time when you argue, it's more complicated than that. To resolve issues in ways that both parties can be satisfied with, you need to find a compromise and own each of your parts in the issue, as well as the resolution. But to do that, the first step for Type One is to recognize that neither partner is 100 percent in the right or the wrong in most situations.

Take it easy on yourself.

Type One can be a harsh critic, but there's no one they're harder on than themselves. If they feel like they've failed at a relationship, or even a date that didn’t quite go according to plan, they can be very hard on themselves. But dating's going to have its ups and downs, and when they come it doesn't mean that Type One themselves is a failure.

Like every Enneagram type, Type One has characteristics that make them great partners and dates. For instance, they won't play games with your heart, and they're never late to a date or will stand you up. But they also have areas where they struggle, like being harsh in their criticisms and struggling to be open about their feelings. Recognizing the latter is the first step to leveling up your dating game.

More like this
5 Signs You're Burned Out From Dating & Could Use A Break
By Danielle Sinay
Clare Crawley's Tweet About Matt James Reportedly Dating Grace Amerling Is Shady
By Candice Jalili
Is Madison LeCroy Dating Whitney Sudler-Smith? Here's What Sources Say
By Candice Jalili
Stay up to date