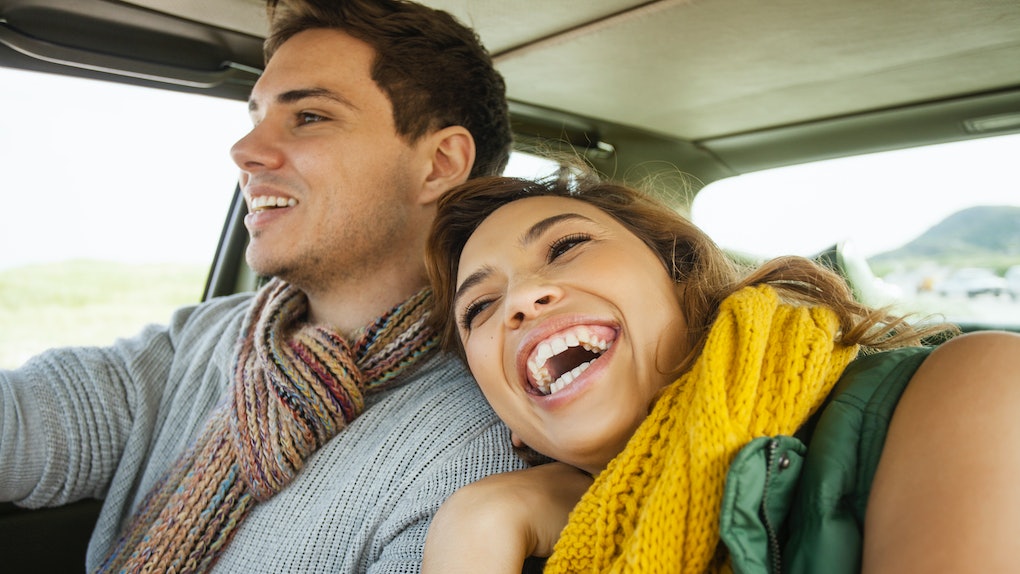 Here's What You Need Most From A Partner, Based On Your Enneagram Type

If your recent romantic history has been nothing but a string of bad luck, it can feel like dating isn't just hard, it's impossible. It might seem hopeless, but the problem could just be that you're picking people who seem like a good fit, but ultimately can't give you what you really need in a relationship. Not because they aren't good people; they just aren't good for you. If you're not sure why you aren't clicking, one way to discover what's missing is to consider what you need from a partner based on your Enneagram type.

If you're new to the whole Enneagram thing, it's basically a system that sorts personalities into nine different types based on what they prioritize and what they fear. As you can imagine, this has pretty significant implications when it comes to compatibility in relationships. For instance, types who fear change are going to need a partner who exudes a sense or reliable steadiness. Types who value freedom, for example, need independent partners. It seems simple enough, but sometimes you know more about what you don’t want than what you need. The first step, in this case, is to take the Enneagram test and then look at what your type should be seeking out in a partner.

Type One has very strict personal principles. Something's good or bad, and there's very little nuance in-between. This kind of black-and-white thinking means that Type One can be very hard on themselves and others when they feel like they're falling short of their lofty expectations. This can also be challenging in a relationship if you feel as though you're always letting your partner down. What Type One needs in a partner is someone who shares their same values when it comes to integrity. They need someone who holds themself accountable and has a similar outlook when it comes to right and wrong.

Type Two lives and breathes to be there for others. They're always seeking out ways of being of service to others, freely offering their emotional and physical support. It's what makes them happiest. However, even Type Two has a limit to how much of themselves they can give before they become burnt out and resentful. This is also true in their relationships. If they're partnered with someone who takes and takes but never reciprocates, it's draining and demoralizing for a Two. They need a partner who gives as good as they get and reciprocates without even being asked because they have the same sense of pride in being there for the person they love.

Type Three is always looking toward the future. They have great personal aspirations and are always working hard to achieve their goals. While this is admirable, they're sometimes so focused on what comes next they'll forget to enjoy life in the moment. Everything that matters is around the corner for a Three, so nothing matters right now. That can be a lonely prospect. What Type Three needs in a partner is someone who can occasionally snap them back into the present. This person can make them laugh and lighten up and enjoy life's little moments as well as the pursuit of the next big thing.

Type Four is the creative type. They're seekers who put a lot of focus on understanding who they are on a deeper level. They take great pride in being a unique individual and don’t want anyone to try and box them into a category. While this introspection and self-awareness is a good thing, they also tend toward being a bit melancholy and often feel as though people just don't get them. As a result, a partner who's both intuitive and observant enough to really “get” Four, but also is open, affectionate, and reassuring, is the perfect fit for this type.

If there's one thing that Type Five truly values, it's their personal space. Five is passionate about accumulating knowledge, usually having one or more interests that consume their thoughts and time. It can feel like you're competing with their projects when you’re dating a Five, and more often than not it’s a losing battle. Type Five needs a partner who gets that and is OK with it. Their perfect someone is independent and happy to leave them to their own devices. They'll also be someone who truly takes interest in what Type Five learns, is happy to hear all about it, and engage them on the subject.

Type Six is very security focused. They aren’t comfortable with change and just want things to be steady and reliable. They're always on the lookout for any perceived threat, so they need a partner who can be a calming force in their life. They also need someone who isn’t shy about being open about their feelings, and who's affectionate and expresses their emotions, good and bad, very clearly. Nothing's more off putting to Type Six than a partner who's secretive or unpredictable.

Type Seven values their freedom above just about everything else. They love adventure and experiencing new things. They're exciting to be around as they always have a new story about some wild thing they’ve done or place they’ve visited. They're free spirits who only fear one thing, and that’s being tied down. If a Seven's going to be in a long term relationship, they need a partner who shares their optimism and excitement for life, but is also independent enough to let Seven be themselves and come and go as they please.

Type Eight is a total powerhouse. They're driven to protect the people in their lives and don't shy away from confrontation when it's needed. They have a big personality, and, while being in their sphere of protection can make you feel safe and secure, it can be a bit overwhelming if your personality's more passive. Type Eight needs a partner who's both very loyal but also confident in their own right; someone who isn't afraid to calmly stand their ground and won’t be intimidated.

Type Nine just really wishes we could all get along. They want peace and positivity and for there to be as little conflict as possible. When there's disagreement or tension, they feel as though they have to step in and ease the situation. They're good at seeing everyone else's point of view, but they can be conflict averse to the point where they forget to advocate for themselves and their needs. They need a partner who recognizes this and, instead of taking advantage of it, encourages Nine to set some real boundaries and do some self-care. Type Nine also needs someone to show them it's possible to fight fairly when disagreeing, and that it's healthier than just trying to sweep things under the rug and avoid problems entirely.

The right partner for you is ultimately someone who reinforces your strengths and balances your struggles. There's the one who sees you for who you are and truly appreciates you, flaws and all. While dating can definitely feel like a minefield, it’s all worth it when you find your match. By taking your potential partner's Enneagram into consideration along with your own, it can be a helpful tool for finding someone who's just the right fit for your heart.

More like this
Here's Why Someone Cheats On Their Partner, Based On Their Zodiac Sign
By Danielle Sinay
Sebastian Stan's Zodiac Sign Makes Him A Faithful & Loving Partner
By Rachel Shatto
25 Dirty Jokes To Text Your Partner For Filthy Laughs
By Corinne Sullivan
Stay up to date