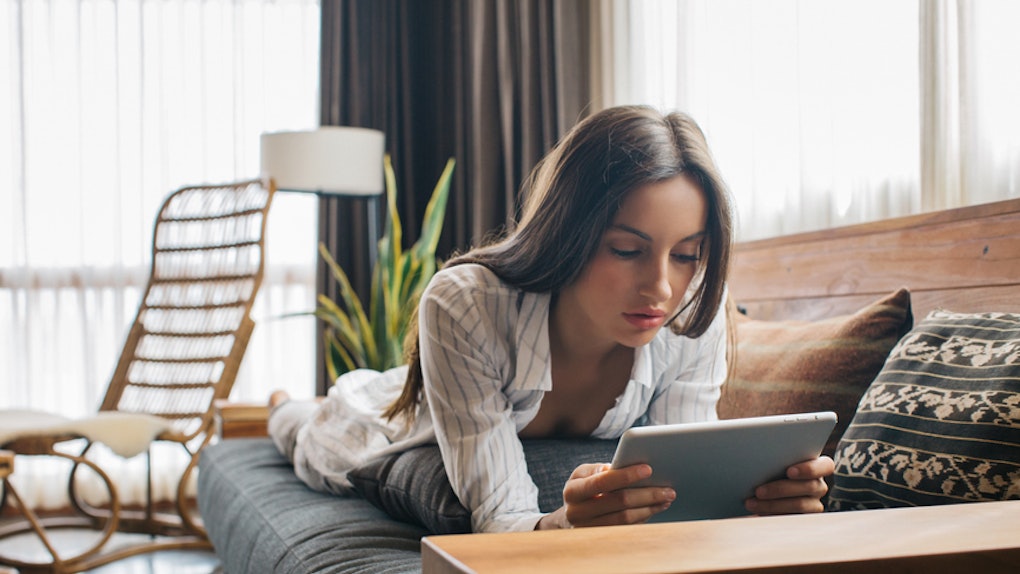 5 Symptoms Of Toxic Shock Syndrome You May Not Know About, But Definitely Should

Everyone has a toxic shock syndrome story. You remember the first time you heard that keeping a tampon in for over 12 hours could potentially kill you, right? It was like the early 2000s boogeyman for the girls' locker room, except worse, because it was actually true. Usually, when things scare us, we take time to figure out what the truth is. But toxic shock syndrome (TSS) is still largely undiscussed. I know that I spent the first 10 years of "womanhood" (cringe) knowing only one thing about it: that girls had died from it, and because of this, we had to be careful. But what are the symptoms of TSS that we actually need to be aware of?

And given the fact that it's a literally life-threatening condition, shouldn't we be discussing the legitimate medical background of TSS, rather than just treating it like a scary story around a campfire? It's 2017, and we've still never seen a female president, and I still know little to nothing about TSS. The good news, though, is that I can change at least one of those things.

Here's the low-down on TSS: It is very rare: Only about one out of every 100,000 menstruating women will experience TSS, which is probably why we tend to treat it more like a scary story than a real health concern.

First of all, what you need to know about TSS is that it's a bacterial infection caused by staph. But here's the real kicker: You cannot get toxic shock syndrome by tampons alone. You have to already have a strand of the virus inside of you, at which point it can potentially turn into a bacterial infection through a blood-soaked tampon.

In other words, TSS is way more complicated and difficult to contract than simply sleeping with your tampon in overnight. With that said, it's always important to be the strongest advocate for your body. So here are five lesser known signs of toxic shock syndrome we all should be aware of.

1. You Have A Rash That Looks Like A Sunburn On Your Palms And Soles

If you have a rash that looks like a sunburn and covers most of your body, including your palms and soles, you might want to talk to your doctor sooner than later. The rash will be flat, not raised, and will turn white if you press it.

Everyone with toxic shock syndrome will develop a rash, so this is one of your biggest giveaways that you might have it. You'll also start to see scaling and peeling in the areas afflicted by the rash.

2. You've Been Vomiting Or Having Diarrhea

Of course, vomiting and diarrhea are symptoms for countless types of illnesses that run the gamut of severity, so it's easy to spot these indicators when they're coupled with something more obvious, like the rash.

However, if you're vomiting nonstop, something's definitely up and you should see a physician, regardless of whether you think it's TSS or not.

3. There's Redness Around Your Eyes, Mouth, And Throat

If you see unusual redness around your eyes (especially under them), your mouth, or your throat, it could be a symptom of TSS.

Symptoms like redness and bodily rashes develop once the bacteria enters your bloodstream, causing a severe immune reaction, which is why you should take it very seriously and see someone immediately.

TSS can often affect your central nervous system, leading to confusion, dizziness, and disorientation. What's more is that having a fever (102 Fahrenheit or higher) is an extremely common symptom of TSS, and can also contribute to delusions and general loss of critical thinking skills.

If you're feeling unusual soreness all over your body, or you keep getting headaches no matter how much water you drink, or how many over-the-counter meds you take, this might be a sign of TSS.

However, similar to vomiting or diarrhea, these are common signs for a whole host of other illnesses. It'll help you to try to see if you have these symptoms compounded with that rash, a fever, or both.

More like this
These 40 Clever Vaccine Selfie Instagram Captions Deserve A Shot On Your Feed
By Rachel Chapman
15 'Schitt's Creek'-Inspired Mother's Day Cards On Etsy For The Moira In Your Life
By Rachel Chapman
The Netflix Reality Show You Should Watch, Based On Your Zodiac Sign
By Chelsea Jackson
Stay up to date