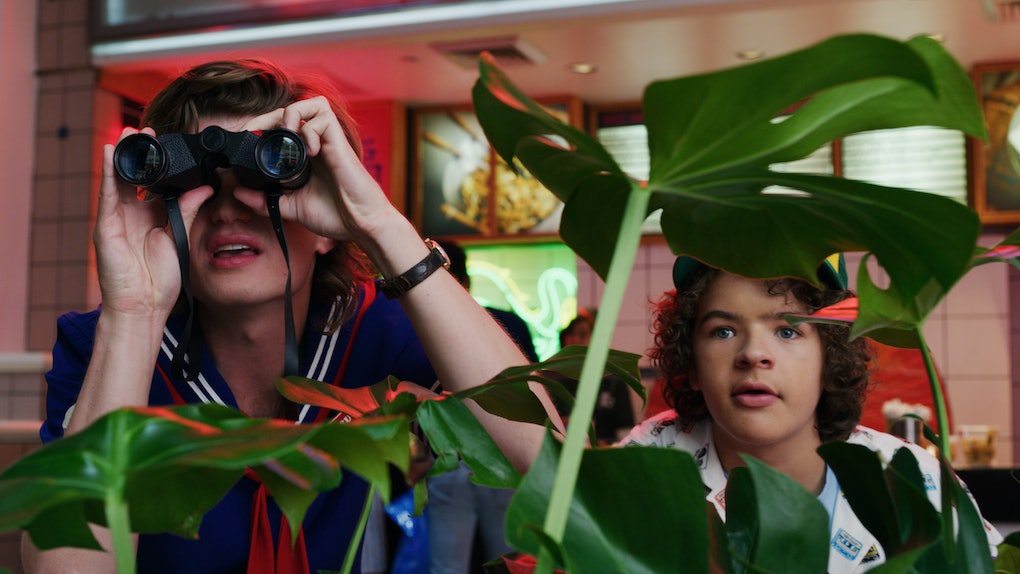 Stranger Things Season 3 ended on a surprisingly finale-like note. Despite the rumor that the show would continue for one or two more seasons, the Byers moved out of Hawkins, and the goodbyes between the characters felt more final than one might have expected. But while the ending was emotionally satisfying enough to work as a series finale if need be, fans were still left with several Stranger Things 3 questions in need of answers.

Perhaps the most critical question for a potential Season 4 comes from the show's fantastic moment in the finale when Dusty-bun serenades Suzie across the long-distance wire of HAM radio. Not only was it a lovely moment, but a reminder the show is filled with musically talented cast members. Gaten Matarazzo, Caleb McLaughlin, and Sadie Sink were Broadway babies. Finn Wolfhard, Charlie Heaton, and Joe Keery are or were in touring rock bands. Noah Schnapp and Millie Bobby Brown have done music videos, even if they don't actively sing.

With all this musical talent in the cast, the Season 3 finale has inevitably left fans asking the most important question ever: When will Stranger Things do a Musical Episode? ...along with some other, more pressing questions.

1. Where Did The Byers Move To?

As Stranger Things Season 3 drew to a close, Joyce Byers packed up her sons, threw El in the truck for good measure and drove the hell out of Hawkins, Indiana, in search of a fresh start. But where did they go? In all the discussion of visits and holidays, no one mentioned it. Could El be heading back to Chicago? Could a new location be in the offering?

2. Is Hopper In The Russian Prison?

Those three words, captioned at the bottom of the screen in the post-credits scene, gave fans around the Upside Down hope Hopper had survived. It seems a touch far fetched, that he was sucked into the Upside Down and then rescued when the Russians reopened it back home. But it's precisely the sort of thing the Duffers would do.

The Mindflayer may have been defeated, but not before it got revenge on El for closing the Upside Down in Season 2. All those ESP abilities she had from MKUltra's work on her are gone. Or are they? Could the Mindflayer's block simply be temporary? Or is this the beginning of El as a normal girl, living a healthy life, going to a regular school and speaking in complete sentences?

4. What Are The Russians Doing With The Demogorgon?

Most fans are asking themselves about "The American," but what they should be asking is "What About the Demogorgon?" The Russians have reached the same level of Upside Down tech as the Americans had in 1983. What comes next? Can Demodogs be far behind?

5. Will We Ever Meet More Of El's Brothers & Sisters?

With El moving out of Hawkins, the chances for more of the MKUltra victims to find her grows. Fans already know Eight is in Chicago. Could El find a few more in her new town? If so, would they even believe she was part of the group, now that her powers are gone? Could this be the solution to getting them back?