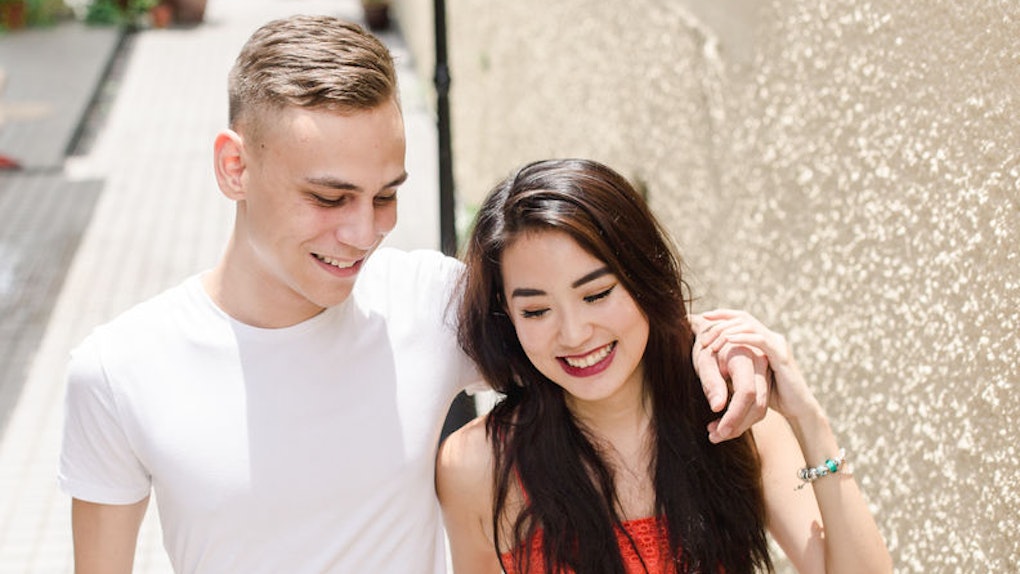 5 Signs It's Serious When You Only Want Something Casual, According To Experts

When I first met my partner, I was not looking for anything serious. I just wanted someone to spend some time with and have fun. They, on the other hand, were looking for a fully committed relationship. As you can imagine, this made things pretty rocky in the beginning, with them pushing for more and me pulling back. As the relationship continued, we began exhibiting all the signs it’s serious when you only want something casual — for better or worse.

While it took me some time to get there, my partner got their way and we made it official — but not until I was ready. That's because they didn't force things. Instead, they patiently and methodically made the case for why being together would work. Turns out they were right, but that didn't make my desire to keep it casual any less valid — because sometimes, that can be the right thing for the relationship, and it should be honored.

However, sometimes a relationship that you intended to keep light and breezy has a way of drifting toward something serious, without you even realizing it — especially if your partner is subtly putting their thumb on the scale. The first thing to do in this situation is to identify what's going on by recognizing the signs. And then, once you know, you’re at a bit of a crossroads. Do you want to move forward and continue to move toward a serious commitment? Or do you want to slow things down?

To help sort all this out, I reached out to NYC relationship expert and love coach Susan Winter for her advice. Here's what she says to look out for if you feel like you and your partner might want different things, and what to do about it.

1. Your partner wants to spend more time together than you do.

Do you find your partner always pressing you to spend more time with them than you really want to? If so, Winter says it's a sign that the two of you aren't exactly on the same page about the relationship. “The reason you notice this,” she explains, “is because the two of you are not in the same place emotionally. If you were really into this relationship, their desire to see you this frequently would be endearing. As of now, it's annoying.”

2. You find yourself avoiding seeing them.

If that desire to spend more time with you actually makes you start to actively avoid them, that's another red flag that you are trying to create space between the two of you. “They're a nice person and you do like them. But you feel like a 'little bit' is more than enough time together,” explains Winter.

3. They keep bringing up the future.

One of the most obvious signs that someone is serious about a relationship is what Winter calls “futurizing.” This is great and affirming if you are both equally invested in the future of the relationship. “In a relationship that's equally matched emotionally, future plans such as these would be a delight,” says Winter. However, if you want something casual, this can create friction. So if “your partner is excitedly making plans for the holidays while you find yourself avoiding the entire discussion,” says Winter, then consider this another red flag that they want something more serious than you do.

4. You feel guilty when you think about them.

Another more subtle sign is not something that they're doing, but rather, the way you are feeling. Specifically, guilt. Winter says that if “you can't shake your underlying sense of guilt because they're way more into you, than you are into them,” that's your subconscious sending up warning signs that something is off about the balance of the relationship.

5. They’ve introduced you to their friends and family.

One of the ways to know how into you someone is, Winter says, is if “your partner quickly introduced you to the most important people in their lives.” So, have you already met their friends, family, and anyone else in their inner circle? If so, that's because they want to integrate you into their lives. But if “you can't help but realize that you're not willing to do the same," well... I think you know where this is going.

What to do if you both want different things from the relationship.

Alright, so clearly you and your casual boo are not on the same page. So, now what? Well, Winter says if you really don't see the relationship evolving into something more in line with what they are hoping for, it’s time face it and be honest with them. “Painful as it may be, the best practice is to be honest. But temper your honesty with diplomacy and tact,” says Winter. She adds, “Your partner doesn't need to know that they don't rock your world. They don't need to be informed of any inadequacies on their part. A better choice is to keep your commentary in the theoretical, and press the issue of 'not being ready' for a relationship right now. It's a polite form of stalling. We know what it means when it's told to us. But it's a far better choice then explaining where they may come up short.”

However, in some cases, like my own, it was more an issue of needing to have more time to get on the same page. In that case, Winter's advice is to negotiate. “Why not?” she asks. “Even though you have different end-goals, you might be able to have a lot of fun in the meantime. If you do like this partner (but don't see yourself having a future with them), ask if they'd consider seeing you casually. It's worth a try.” Besides, you never know what the future will bring. Just be sure not to string them along. Who needs that kind of relationship karma, right?

More like this
OMG, Sofia Richie & Elliot Grainge Are Reportedly “Getting Serious”
By Lydia Wang
5 Signs You're Burned Out From Dating & Could Use A Break
By Danielle Sinay
3 Zodiac Signs Most Compatible With Kourtney Kardashian & Travis Barker
By Caroline Colvin
Stay up to date