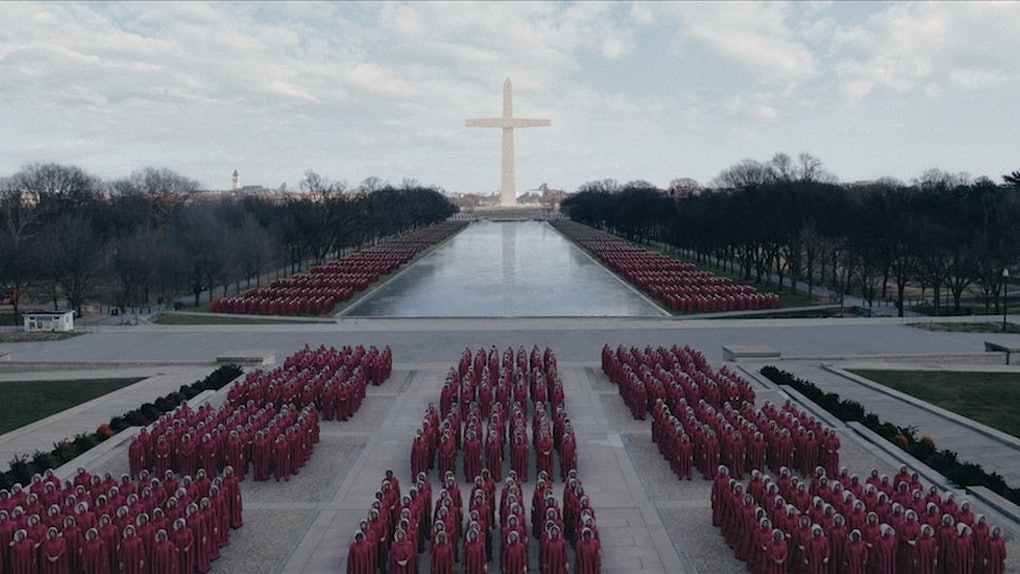 The real question is, does June survive? She took a gunshot to the back to distract the guards. It wasn't fatal. She was able to not only shoot her assailant but put a bullet in the head of his partner. But then June spent all night in the woods bleeding out.

Her Handmaid partners rescued her and are presumably heading somewhere safe. But this is a massive loose end to be tied up by the Martha brigade. Moreover, how does any of this get explained to Aunt Lydia? There are 52 kids gone, some of the families murdered by Marthas on the way out, and June with a suspicious bullet wound. None of this will go over well.

1. What Happens To June?

The final scene of Season 3 shows June being carried out of the woods by her fellow Handmaid sisters, including Alma and Janine. June has smuggled 50+ kids out of Gilead, but she did not go with them, nor did she die in the attempt. She's got a lot to deal with upon returning to... the Lawrences? June blew up everything to get this done, she can't just go back home, can she?

2. How Does Canada Handle The Children?

Speaking of June's huge move, Canada is now in possession of 50+ underage asylum seekers, who Gilead will be demanding to be returned immediately. Canada was already thinking of flinching when faced with one baby that crossed the border; now it has 52 more.

This is where the book is instructive. The epilogue mentions that Canada and Gilead will eventually reach an accord. Will this accord have to do with the children? Could June see her work undone?

3. How Does Gilead Handle The Waterford Trial?

While Canada is trying to figure out how to handle these children, Gilead has to handle the loss of Waterford, and the highly publicized trial he'll be facing, along with Serena Joy. Their charges include sexual slavery, rape, and crimes against humanity.

It will be massively lousy PR for the country. Gilead's papers will suppress it. But those looking to stir rebellion will only be encouraged.

But June is alive and still in Gilead. Lawrence was shocked she came back the first time. He's going to fall over when she does it again. But the household can't stay the way it was, and Lawrence knows he has lost power with his peers. Chances are, if the household continues, Lawrence will find himself faced with pressure to remarry, and a Wife he has no choice in picking.

Seriously, did he die in Chicago or not?