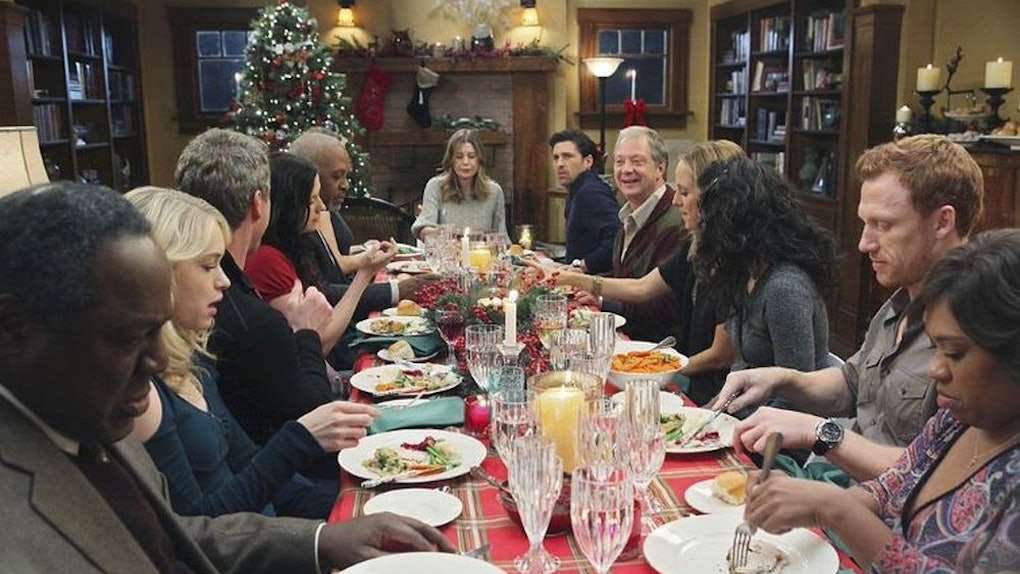 5 'Grey's Anatomy' Christmas Episodes To Watch By The Fire

Some shows are shows that do holiday-themed episodes. It's part of their tradition. This Is Us, for instance, does a Thanksgiving episode nearly every year. Doctor Who is famous for its Christmas specials since returning to the airwaves in 2006. Other shows refuse to acknowledge the holidays, as if that would anchor them in the reality of the world. And then there's Grey's Anatomy. Grey's Anatomy Christmas episodes are like shooting stars, they're here one minute and gone the next, with no sign of when the next time one will fly by.

Grey's Anatomy is one of the longest-running broadcast dramas on television, with 300+ episodes and counting. It broke the record previously held by ER as the longest-running American medical drama. But when it comes to holiday-themed installments, the episodes are few and far between. With the show rounding into its 17th season in 2020, there are only five episodes over the show's entire run that are set at Christmastime.

But absence makes the heart grow fonder. That Grey's Anatomy doesn't do a holiday episode every year means the times it does do them just become all the sweeter. Here's the full list of holiday-themed installments if you're looking to binge out the holiday with Meredith Grey and company.

Grey Anatomy's first full season decided to go all traditional and do a "holiday" episode for Episode 12, which was the show's mid-season December finale. The show managed to cover quite a bit of holiday too, with Izzie Stevens decorating Meredith's house and Cristina celebrating Hanukkah with Burke.

It was another four years before Grey's Anatomy did another formal "holiday" episode, as mid-season finale drama usually took precedence over the season. But Season 6 found the November mid-season finale with an hour called "Holidaze" where all the drama, including Owen cheating on Cristina and Bailey's parents, come to a head in the middle of Meredith's attempt at a Christmas dinner.

Season 9's Christmas episode was really a mid-season finale wedding episode. It was just that Bailey decided to have a Christmas wedding. She regretted it enough to turn the entire hour into one prolonged anti-Christmas stress snark-fest. For those who want to scrooge just a bit before giving into the season, this one's for you.

The year after the show killed off Derek, it didn't skip a holiday. But instead of following the broadcast year, it made the season go in chronological order, meaning that Christmas came in Episode 22, just before the season finale. It's a bittersweet episode, as Meredith and the kids get through the first Christmas without Derek, but one where the joy and sadness of the season are on full display.

Grey Anatomy's newest "Christmas" episode came in Season 15, and like in Season 11, it wasn't in an installment tied to a November or December airdate. Instead, it aired in February, in an episode that bundled together three holidays in under an hour, fast-forwarding through a mini-time jump to get to Meredith and DeLuca's first kiss. Still, it's always good when the show gives fans a little Christmas, leaving them wanting more.

More like this
'Grey's Anatomy' Quotes That Will Heal Your Broken Heart
By Alexis DeCarvalho and Lexi Williams
When Will 'Grey's Anatomy' Season 17 Be On Netflix? Here's What To Expect
By Ani Bundel
Why Isn't 'Grey's Anatomy' Airing On April 29, 2021? Blame Football
By Abby Monteil
Stay up to date