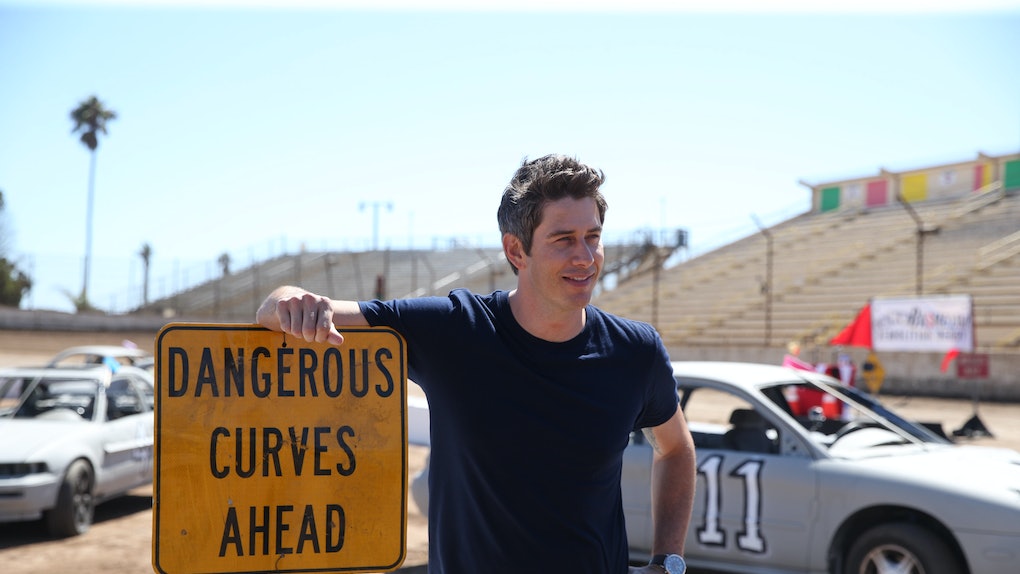 If you asked me last Monday, I'd say that this year of The Bachelor was totally going to be a snooze fest. Luckily, the show's second week has proven differently, picking up its pace and delivering the first few dramatic moments from Arie's season of The Bachelor. Of course, they have nearly nothing to actually do with Arie — this vintage member of Bachelor Nation faces a future of no social media partnerships with a detox tea brand if he doesn't bump up the charm a little bit.

Having watched so much of this franchise always helps me predict some go-to dramatic moments that producers love to capture. There's the possibility of a woman stealing the Bachelor away from the contestant who spent the entire first night telling others she hadn't met the lead yet. Then we always have the girl who is so confident that she's the one to beat that she basically tells the other housemates all about her wedding plans with the Bachelor. You'd think I'd be bored of all of this over 20 seasons in, but I'm always watching with rapt attention and a wine glass in hand.

With the promise of even more drama coming up, what explosive moments from the first two episodes will we be hoping to see in a highlights reel someday?

1. Krystal's Night One Reaction To Chelsea

Right off the bat, Chelsea proved how confident she is by asking Arie to speak to her first during the premiere episode. Unfortunately, she realized that by being first, she may have gotten the least amount of time in an one-on-one encounter. So, while some ladies had yet to even snatch the opportunity to meet Arie, Chelsea went in for a second shot, interrupting his conversation with Krystal. Aside from being a total clone of Britt from Chris Soules' Bachelor season (their voices are the same!), Krystal has a tendency to never stop smiling. Like, at all. I love positivity, but there's something discerning about Krystal's megawatt grin. Throw in her easy, breezy, kind of terrifying reaction to Chelsea walking away with Arie, and I wasn't sure to be more afraid of her or Chelsea.

2. Arie Taking Krystal To Meet His Family On The First Date

Arie's first date with Becca was already very excessive for the first week. Although he didn't treat Krystal to a shopping spree with Rachel Zoe, he instead deemed her worthy of a hometown visit. This date was extreme and awkward on so many levels (probably because Arie enjoyed watching his home videos a little too much), and it made me sympathize for the final two women if neither of them happens to be Krystal. Although intense, meeting Arie's family led to Krystal discussing her difficult family situation, which, if anything, brought the two of them closer. Krystal was also sketchily vague with details when the other ladies asked her about the date, building up more tension between herself and the rest of the house.

OK, so maybe this isn't exactly a moment for the record books. Creating a faux flashback sequence for a contestant leans toward Bachelor in Paradise territory, doesn't it? I expected a meltdown similar to Andi being against posing nude on Juan Pablo Galvis' season, but Annaliese's tears over her bumper car phobia stirred up hope for a drama that never fully materialized. Sigh.

I'd like to think that everybody has an acquaintance like Bibiana — we could all use one. When a rose-bearing Krystal stole Arie away from Bibiana, Bibiana confronted her afterwards. She said that she would respect Krystal when the latter "speak[s] to me like a normal human being." She even exclaimed, "Mic drop!," thus making her the heroine of everyone on the internet. Cheers to the inevitable two-on-one date on a dramatic mountaintop with these ladies.

5. Eliminated Jenny Telling Arie She Isn't Sad About Him

Oh, Jenny, we hardly knew you. The cut contestant stalked out of the rose ceremony room without saying goodbye to Arie, who followed her outside. It turns out that Jenny is only sad about leaving her new friends. I mean, kudos for admitting that you weren't feeling this guy.

Compared to how the second half of these seasons usually go, these are still relatively tame moments. According to the Bachelor season preview, there's plenty of juiciness ahead.

More like this
Katie Thurston's First 'Bachelorette' Promo Teases An Incredibly Dramatic Season
By Abby Monteil
What Would An LGBTQ+ 'Bachelor' Season Look Like?
By Abby Monteil
Rachel Lindsay's Final 'Bachelor Happy Hour' Podcast Episode Will Air In May
By Abby Monteil
Stay up to date