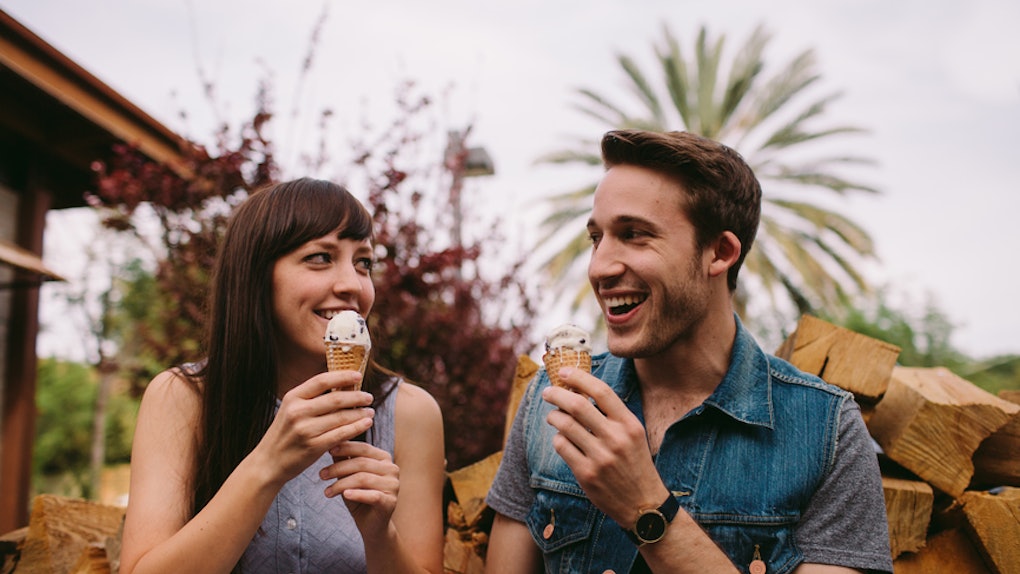 Dating can be brutal. It's hard, it's confusing, and often, it's embarrassing, which is why there's a veritable mountain of dating advice out there. I mean, who doesn't want to find a way to level up their dating game so they never have to suffer through yet another perfectly avoidable (in hindsight) dating disaster? Volume doesn't equal quality, though. For every one of those good dating tips for women out there, there are about 100 dreadful ones.

And let's face it: Most of the advice, at this point, has become totally cliched. "Be yourself.” Um, OK, I'm pretty sure that’s how I ended up making a total fool of myself last time, so thanks, that's super helpful. "Love will come when you stop trying." Great, so what you're saying is, go head and go full cat lady and romance is sure to come sweep me off my litter-covered feet. Yep, that sounds totally legit. Sure, the saying "you have to love yourself before you can love anyone else" is true, but it's a process that takes time and loads of self-refection — what if you have date in three hours, and you're still at, say, 90 percent self-love?

But what if I told you some of the best dating advice out there were things that initially sound absolutely ridiculous? Yes, what you need are some practical dating tips that, no matter how weird they may sound at first, actually work, like, right now. Here are five dating tips that sound crazy at first, but are going to chance your dating life for the better. (Stay with me here.)

1. Go On A Date With An Adrenaline Rush

Want to catch feelings quickly? Skip the coffee date and do something that actually gives you both an adrenaline rush. That doesn't have to mean skydiving, though. It could be an amusement park or anything that gets the heart pumping. Past studies have even shown that generalized arousal (meaning some sort of stimulus for your nervous system) can actually translate into sexual arousal and attraction.

2. Use The Word “Healthy” In Your Dating Profile

If you want to get more positive reactions to your online dating profile, there is one simple thing you might consider including: the word "healthy." Yep, it's true. A study done by researchers at Zoosk found something as simple as including the word "healthy" in your profile can increase the amount of messages you get by 17 percent. In other words, time to update your dating bio.

3. Keep A Close Eye On Your Date's Feet

I know what you're thinking. “Um, that sounds creepy AF.” But stick with me here, because there is a method to this madness. More specifically, you'll want to pay attention to which direction your date's feet are pointing. According to AskMen, since our feet are at the greatest distance from our brains, we aren't as aware of them as we are the rest of our body. And that lack of attention make them a big ol’ tell. So if you notice your date’s feet are pointed in your direction, then congrats, because that indicates interest. However, if they are consistently pointed away from you... well, you get the picture.

4. Split A Dessert With Your Date

It may sound corny, but having something sweet on your date can actually lead to romance. Don’t believe me? Too bad, because science backs me up. A study conducted by Purdue university showed that people who had consumed something sweet-tasting were more likely to want a relationship with a someone. The theory is that the brain associates the sweet taste with more lovey-dovey thoughts, according to AskMen. And hey, if it doesn't work, you still got dessert, right?

5. Wear Red On Your First Date

If you really want to catch your date's eye, slip into something red. It turns out, there is a reason that romance and Valentine’s Day are associated with the color. According to a study in the European Journal of Social Psychology, men were more drawn to a person in red, and wearing the color also increased the confidence of the person wearing it. Bam!

As promised, these tips may sound crazy at first, but give them a shot. They might be strange, but they actually work!

More like this
12 Books About Dating & Relationships That Are Must-Reads
By Corinne Sullivan
Are Demi Lovato & Noah Cyrus Dating? They're Reportedly "Hanging Out"
By Joyann Jeffrey
Clare Crawley's Tweet About Matt James Reportedly Dating Grace Amerling Is Shady
By Candice Jalili
Stay up to date