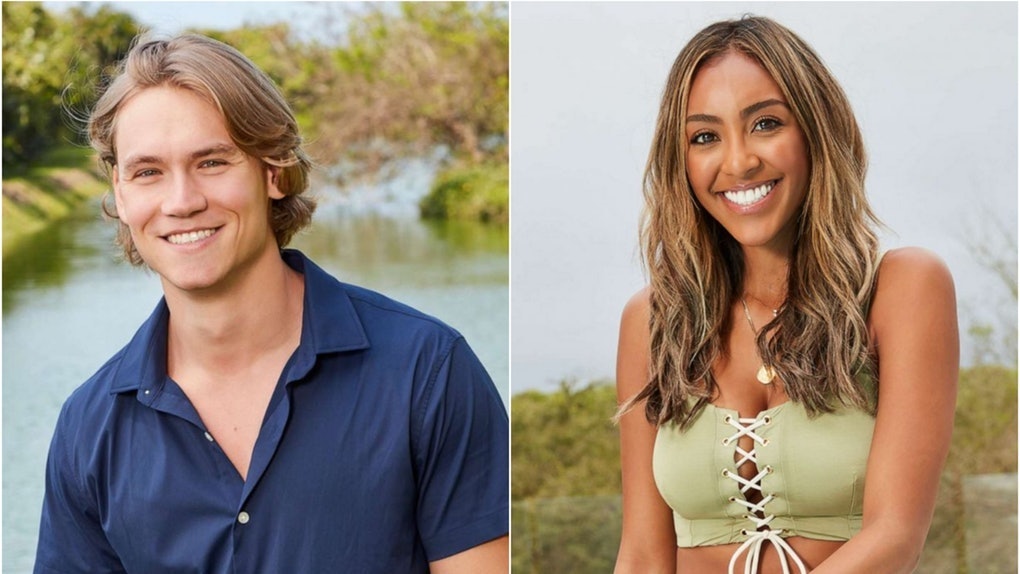 Predictably, this season of Bachelor in Paradise has been full of cute couples. Unpredictably, one of those couples has been none other than Tayshia Adams and John Paul Jones. While I would have never in a million years put these two together in my head, they’ve had some of the sweetest moments on the show. Sadly, they ended things in the Sept. 10 episode, when Tayshia admitted she just couldn’t match JPJ’s strong feelings. But are Tayshia Adams and John Paul Jones dating after Paradise? There might still be a future for these two.

It looked for awhile like Tayshia and JPJ would be endgame in Paradise. JPJ has maintained his undying affection for Tayshia since practically day one, but she has always been a bit more hesitant to commit to him. In the Sept. 9 episode, he went the distance to prove his devotion to her by asking her out to a makeshift “prom,” since she never went to one in high school. Tayshia clearly loved the gesture, and they had a super silly and romantic night together. After another lighthearted date (where JPJ wore nothing but a denim speedo), JPJ professed that Tayshia was “everything I could ever ask for.”

But despite their obvious connection, Tayshia felt like she ultimately couldn’t reciprocate JPJ’s love for her, and they both left Paradise separately in tears. It appeared to be the end of their romance, but some fans aren’t so sure that this book is closed. According to a few subtle internet clues, Tayshia and JPJ just might reconcile before this whole thing is over. Here’s a deep dive into the evidence.

1. They’ve tweeted at each other in recent weeks.

Typically, when things between a couple don’t end well, you won’t see them corresponding on social media. (Like, uhh, remember when Connor fully cropped Caelynn out of an Instagram post? Awkward.) But on Aug. 13, JPJ tweeted “LOL - @TayshiaAdams pretty smooth, right?” in response to one of his antics on the show. And she responded, “Hahah like nothing I’ve ever seen!”

They’re obviously on good enough terms to be joking around publicly with one another… which leads one to believe that something else has transpired for them post-breakup.

2. Tayshia posted (then deleted) a photo of her on a boat… maybe JPJ’s?

If you missed this clue, you’re not alone — it was only around for a hot second. On Aug. 15, Betches reported that Tayshia had posted, and then promptly deleted, a photo of her fishing on a boat at sunset. That boat looked suspiciously like the one that belongs to JPJ. While Tayshia denied in the comments that the boat was his, her haste to delete the photo sure puts things into question. Are these two hanging out post-BiP?

When the “prom” date aired, it sent the internet over the edge — and Tayshia was quick to weigh in on Twitter. She tweeted, “#JOHNPROMJONES ,That’s the tweet!” All I’m saying is… she definitely didn’t have to jump in on this hashtag. But she did, and I think that says something.

Again, you don’t typically see an ex-couple sharing cute, personal photos of each other unless they’ve rekindled things. And on Sept. 9, JPJ shared a Polaroid picture on Instagram from his prom date with Tayshia, with the caption, “Yaaaaaaaas Queen.” Excuse me, I’m melting — this is too cute! And it makes me curious about why he’d feature her so prominently on his feed.

5. That finale promo, though.

Maybe the biggest clue that Tayshia and JPJ aren’t over yet is the finale promo that aired on Sept. 10. On the BiP reunion special, JPJ is shown getting down on one knee in front of Tayshia, who looks equally shocked and thrilled. I’m not saying they necessarily get engaged (that would be a lot), but I do think there’s plenty of room for them to reconcile. Who knows what could happen?

To be fair, there’s also evidence that Tayshia is still single — namely, the interview she did with the Bachelor Happy Hour podcast on Aug. 13. Tayshia told Rachel Lindsay and Alli Fedotowsky that she is “enjoying myself, being single” after Paradise. But she never explicitly stated that things didn’t work out between her and JPJ, and it’s also been almost a month since that interview aired. In Bachelor time, that’s practically years, and it allows for plenty of opportunity for Tayshia and JPJ to reconnect.

They clearly didn’t want to leave each other on the show, and I have hope that their story might still be unfolding. Fans will find out for sure after the BiP finale, which airs on Sept. 17, but until then, I’ll be over here dissecting every subtle hint that the King and Queen of Paradise might find their way back to each other.

More like this
Matt James' Quote About His 'Bachelor' Fantasy Suite Dates Is Revealing
By Corinne Sullivan
Did Zac Clark's Mom Unfollow Tayshia Adams? It's Not That Deep
By Lydia Wang
Matt James' Update On His Relationship With Rachael Kirkconnell Is Surprising
By Candice Jalili
Stay up to date