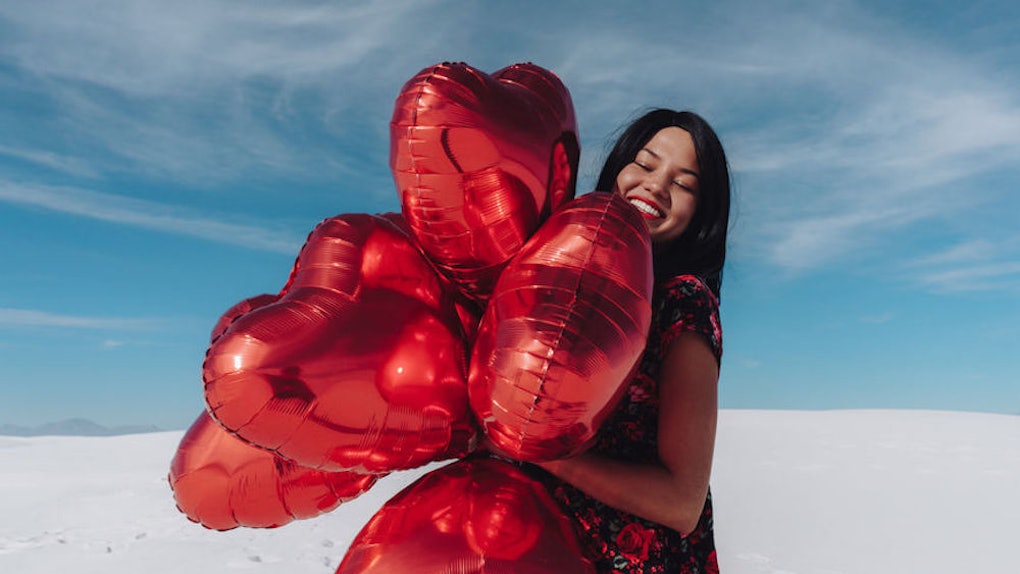 I've been really interested in zodiac signs and astrology for a while now. I've taken time to get to know the different traits, elements, and dates associated with a Leo as opposed to a Sagittarius, and have spent nights looking at the constellations and stars. I've also read my horoscope many times, downloaded apps that teach me more about the planets and moons, and learned the meaning of terms like "rising sign" and "retrograde." So, I consider myself pretty qualified to come up with some Aries birthday ideas for the ram who wants her celebration to stand out. (Spoiler alert: Confetti and cake aren't nearly enough.)

Now, you may be the Aries who's celebrating your birthday really soon, or the best friend who's planning the party and wants it to be, well, perfect. Either way, you should keep a few things in mind. First, know that an Aries loves to take action. They love to put their entire heart and soul into a project, and don't mind facing some tough competition or being the leader in any given situation. They will willingly try something new and can be as powerful as the sun. Their sign's element is fire, and it shows.

Next, you should know that an Aries typically is very independent. They may plan their birthday celebration, or enjoy having some control over what they're doing and when. That's OK. Include them in the process of planning these five ideas for a party that's meant for a ram.

1. Go Hiking In A National Park

An Aries doesn't typically back down from a challenge or an adventure. In fact, they're usually the ones sending texts in the group chat like, "Does anyone want to drive down the beach right now?" or "So, I have a wild idea."

They think of a spontaneous activity for your entire crew to do, or daydream about a trip that they want to take, and then make it happen. Few obstacles ever stand in their way, which is why they tend to be leaders and check off items on their bucket lists on the reg.

One item that may remain, though, is hiking in a national park. Exploring the trails of red rock on the West Coast, or the forests of redwood trees is something that they're longing to do, and would be perfect for celebrating their birthday. Don't sleep on this idea, OK?

Some challenges are better faced alone, at least in the eyes of an Aries. They look at every obstacle or race through their own lens, and figure out how they can conquer it all by themselves.

That's why they'll love taking an aerial yoga class on their birthday. They'll love learning the talent and expertise behind it, and how to move their body in unique ways. They'll love feeling like they're flying on top of the world once they land certain poses, and won't be disappointed if they don't pick it up right away.

It's a — dare I say, perfect — idea. The only thing you'll need to do is find a local gym or studio, reserve your spots, and grab some cute workout outfits for everyone. Picking up a birthday cake might be a good idea, too.

3. Go To A Planetarium Or Observatory

An Aries basically lives by the phrase, "Dream big." They're used to thinking outside of the box and reaching for the stars. They find something they're passionate about and give it their entire heart and soul, and use their talents to become successful in everything they do. It's honestly inspiring — like watching a shooting star dance through the sky.

For their birthday, take them to a planetarium or observatory. Catch a show on the constellations to learn about which stars can currently be viewed in the night sky, or roam around the exhibits filled with telescopes.

They'll love it, because it'll encourage their brain to think beyond, yet again. It'll reveal all the amazing things that are happening in the universe, and all the good things that are still to come.

4. Plan And Run A Scavenger Hunt

Growing up, you may have gone to summer camp. You may have spent a few weeks in the middle of July learning how to swim and playing soccer. Every once in a while, you participated in a scavenger hunt, too.

Your counselors told you to go and find certain items or people around camp and take a picture with them, or to answer complicated riddles and questionnaires. You loved it, and so did the Aries in your group.

Recreate those memories and plan a scavenger hunt around your city for this birthday. Have your friends pose against the colorful walls and take Polaroids that will later show up on Instagram. Have them eat at the famous food trucks, go to all of the best museums and parks, and document everything.

Last but not least, have a creative day with yourself or the Aries in your life. Dedicate an entire day to finding and manifesting new aspirations for this next year. (After all, the universe has a lot in store for us, but we have to be open to the possibilities.)

Create inspiration or mood boards with pictures of places you want to travel to or experiences you want to have. Fill up the blank space with quotes that remind you to live your best life, and motivate you on the daily.

Then, put your boards in a place where you'll always see them, and know that it's been a birthday well-spent. Trust me, the ram will think it's, well, perfect.