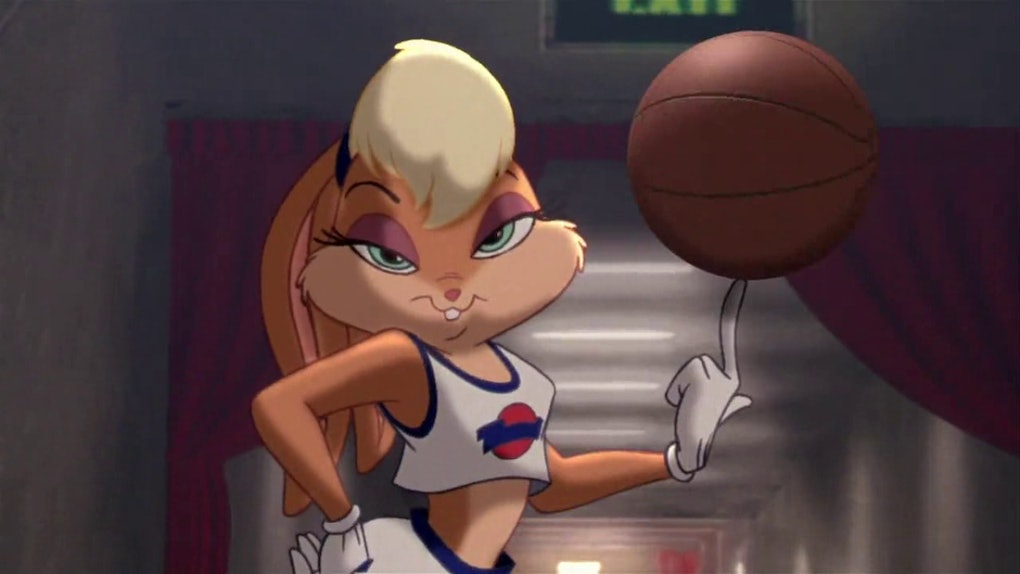 41 People Reveal The Fictional Characters That First Turned Them On

Puberty is weird. You never know when or where it's going to strike, but when it does, it's powerful — and awkward. Oftentimes, it's those early experiences that really shape our idea of sexuality for the rest of our lives. For example, my first lust was David Bowie as Jareth in Labyrinth. That sexy accent, that fluffy hair, that… ahem... codpiece. Oh, baby! It was like lightning struck me in the pants. Since the object of my first (and very formative) hormone rush was an imaginary character, I was curious about the other fictional characters that sexually awakened people. Because, as it turns out, I am far from alone. A lot of other folks also remember the first time they got turned on by an imaginary character. Lucky for us, they don’t just remember them, but were willing to fess up on reddit (repeatedly) — the good, bad, and, honestly, kinda weird.

What I discovered from reading through their confessions was, first of all, I wasn't alone. Bowie's codpiece was the accessory that launched a thousand libidos. I also learned that despite being family-friendly fare, animated Disney movies were also responsible for many sexual awakenings — especially if they featured anthropomorphic animals. Harry Potter and friends wingardium leviosa'd a lot of pants, and Buffy the Vampire Slayer features heavily in queer girl sexual awakenings (obviously). Here's what fictional characters first tickled these redditor's fancies.

Robin Hood from the animated fox version. God d*** it, that fox is SMOOTH. — Fireboltsnitch67

Princess Jasmine when Jafar put her in red and chained her up. Then she started acting seductive. — TurboVeggie

Ariel. I think she created an unrealistic expectation of the sacrifice women will make in my life for the love of a man. — FTWmedic31

The older sister from Lilo and stitch — kianotthecar

Jane from Disney's Tarzan when she got possessed by the evil jungle queen. — BZH_JJM

Feel kind of gross admitting this one - Nala had do-me eyes. — Socra_please

I remember as a little kid watching simba pin down nala. Hella weird to say about a disney movie but it was the first time I had really seen anything that could be construed as Dom/sub play. Definitely piqued my interest. — mildlyincoherent

Ariel because she's half naked in a G-rated movie for most of it. — TheMemeSaint177

That female deer from Bambi. — DrScientist812

The stripper mice in The Great Mouse Detective. — Tristamid

Sally from Nightmare before Christmas. — penny_4_your_thots

Dumbo’s Mom. This is not a joke. — theedjman

2. 'Avatar: The Last Airbender' Did A Lot Of Hormone Bending

Ty lee, from "Avatar the Last Airbender". The episode on the beach, that awoke my 11 year old mind to all sorts of things. — mrcam3

When i was little i had the biggest crush on toph. — Fishb20

Prince Zuko......found out I had a thing for moody guys. — winxia

3. Lusting After 'Labyrinth' (AKA I Am Not Alone!)

Jareth, The Goblin King. So mysterious, so sensual, so.... spandex. — ScreamingDeerSoul

David Bowie and Jennifer Connelly awakened me in Labyrinth. I was very confused as I didn't know you could like boys AND girls. — saintofhate

4. Harry Potter? More Like Harry Hotter If Ya Know What I’m Sayin’

Luna Lovegood. You know that chick is freaky. — biglawson

Harry Potter, and everybody on The Lion King. — KimJongMilhouse

I fell madly in love with Sirius Black when I was reading the Harry Potter books as a kid. Still have a soft squishy spot for Gary Oldman as a result. — deleted

[Hermione Granger in Prisoner of Azkaban] I remember that well. Guess I was about 14 and my buddy told me she was hot now and I doubted him. Wasn't really thinking about it during the movie and there's a moment where she's climbing down a wall, I think just before she punches Malfoy. My life changed after that. — No_Source_Provided

Willow from Buffy the Vampire Slayer. There's the Halloween episode in season 2, it was a great costume, and then I was real into Vampire Willow the next season. Nothing says sexual awakening like a character you already over-identify with coming out while you're still in the closet trying to convince yourself that you just liked the vampire outfit instead of the person in it. There were other characters I had crushes on before that (only realized they were crushes years after the fact), but you gotta go with the girl that made you gay. — DismemberMama

Alyson Hannigan in the Buffy episodes where parallel resort Willow is a vampire. — strangermouse

Faith Lehane on Buffy the Vampire slayer. I was 13ish and that's how I knew I liked girls. — erbine99

Lola Bunny in Space Jam. It is an absolute wonder I didn't turn out to be a furry. — w8ulostme

Jessica Rabbit. I used to get up before the rest of the family, put the TV on mute and fast forward to the scene where she's introduced. I would lick the TV and the static on the screen would zap my tongue. I was maybe 5 years old. No regrets. — loligaggins

7. A Lot Of Folks Were Drawn To Anime Characters

Somewhere between Starfire from the Teen Titans cartoon, Tea from Yu-Gi-Oh! and Tali'Zorah from Mass Effect. My fiancée's response was Holly Short, from Artemis Fowl. I'm not sure what we see in each other. — EilrahcNotbeb

Sailor Venus was mine. The first and original Sailor Scout! Had a dream that felt like a lifetime with her when I was about 10 - 11 that I remember clearly to this day. When I woke up, I was very saddened. — onFilm

Jessie from Pokémon lol. At the time I had no idea about female parts so I just wanted to hump the s*** outta her hahaha. F*** I love red heads and I would still hit that team rocket piece of a**. — xliquidcocaine

Sailor moon and co. Damn toonami and their light attitude on anime nudity in the 90s. — JoetheLobster

I asked my boyfriend this, and he said that one scene in gundam where the chick gundam pilot is having her latex control suit conform around her and she moans and scream "its...so...tight..!" Described it as a puberty switch. — likeireallycare

8. And These People Prove There Really Are Different Strokes For Different Folks

I'm going to be the weird guy, but Ms. Spider from James and the Giant Peach. She was my first crush and ever since I've had an attraction to women who remind me of her. So many people here started with human or at least human creatures, I started with a claymation spider. — waltjrimmer

Isn’t sexuality so awesome and weird?!