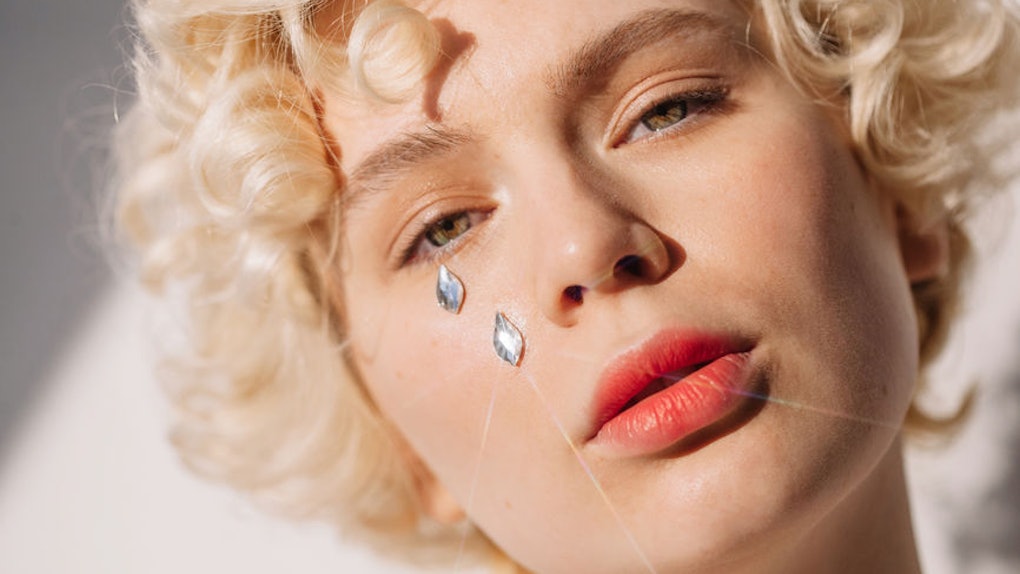 Being rejected really sucks. It's hard to put yourself out there, open and vulnerable, only to be turned away. Unfortunately, it's something we all experience from time to time, and can even be considered a learning opportunity that makes you stronger in the long run. While some people bounce back quickly from rejection, others have a tendency to dwell and struggle to deal with that disappointment and pain, and those folks tend to be the zodiac signs that don't handle rejection well. That's because they either have a tendency to really open up their hearts quickly, or they have healthy egos that don't take being bruised well.

Listen, not everyone can be an easy-breezy Gemini who just lets things roll off their back like it's practically nothing — or a fickle Sagittarius who probably does all the rejecting anyway. (Must be nice!) Every sign has its strengths and weaknesses, and for some that comes in the form of having softer, more easily wounded hearts. So, if you tend to need a little more time to get over rejection than the folks around you, don't worry, because chances are you were just born under one of these zodiac signs who need a little longer to heal.

If you’ve ever loved a Cancer, you know this is a sign that — thanks to its ruling heavenly body, the Moon — feels everything just a bit more intensely than the other signs in the zodiac. That means they love harder, laugh harder, and hurt more than the others. So, it's hardly a surprise that this sign, which already has an innate fear of abandonment, would take rejection the hardest. While in their mind they know they need to just let go and that it wasn’t meant to be, their heart tells them to hold on harder and never let go — which, of course, only makes the pain last longer. No one said it was easy being a Cancer. However, when they do eventually find a real and reciprocal love, it's epic.

Frankly, the reason Leo has such a hard time recovering from rejection is because, well, it doesn't really happen that often! Confident and charming, Leo has a tendency to get whatever they want. Like their ruling heavenly body, the Sun, Leo is accustomed to people being drawn into the gravitational pull of their glow and having difficulty letting go. So, in the rare case when the opposite occurs, this can be a huge blow to Leo’s, let's say... healthy ego. In other words, it can take a while for Leo to get over this emotional wound, since they don't have a lot of practice in having to bounce back.

You may be surprised at how deep rejection can cut Scorpio. They may seem like they're all tough outer shell and stinger, but this water sign is secretly very emotional. When they do let down their walls and open up, being rejected cuts just as deep. Rather than let anyone see them cry, Scorpio channels all that pain into anger — and maybe even a touch of revenge. Beware a Scorpio scorned, because this is a sign that may forgive, but they will never forget.

Sweet, romantic Pisces just doesn’t cope well with rejection. That's because it's antithetical to everything this optimistic sign holds true. They believe in getting the happy ending they've always wanted, so when their affections are denied, the disbelief can easily turn inward for this sensitive water sign. The good news is, once Pisces takes the time they need to heal, their optimism returns as well. If there's any sign that can manifest their dream of happily ever after, it's Pisces.

Rejection and heartbreak are hard for even the most resilient of signs, but if it’s just that extra bit more difficult for you, that's OK. Just be easy on yourself and give your sweet and loving heart the time it needs to heal.

More like this
3 Zodiac Signs Most Compatible With Kourtney Kardashian & Travis Barker
By Caroline Colvin
Each Zodiac Sign Gets Bored In Relationships For A Different Reason, Here's Yours
By Rachel Shatto
7 Reasons A Libra & A Pisces Make The Ultimate Power Couple
By Courtney Dercqu
Stay up to date