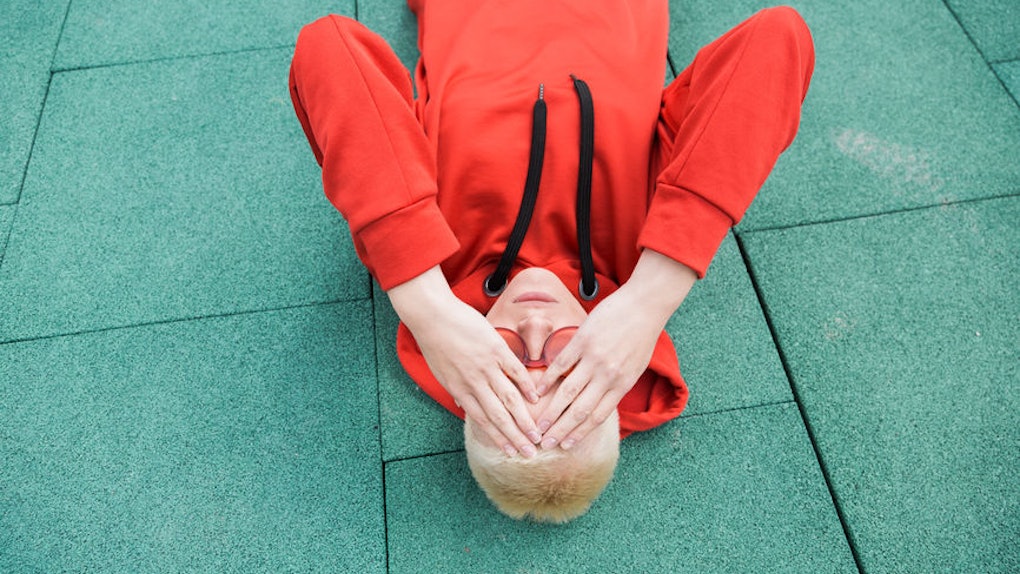 4 Signs You Have Chronic Migraines, Not Just Headaches, Because There's A Difference

Migraines are a pain in more ways than one. It's not just that they're physically uncomfortable; it's the kind of pain that can put you down for the count at a moment's notice, yet feels like it'll never end once it begins. While it might be difficult at first to tell the difference between fleeting head pain and a full-blown migraine, there are definitely some tell-tale signs that you have chronic migraines, not just headaches. And as the Migraine Research Foundation notes, migraines truly aren't just headaches; they are "an extremely incapacitating collection of neurological symptoms."

The thing is, migraines are, in some ways, a bit of an enigma. While they do seem to originate in the brain in some way, "migraine causes aren't understood" for the most part, according to the Mayo Clinic, and treatment depends on "the frequency and severity" of the pain, including approaches like preventive medication, lifestyle changes, and even certain kinds of alternative medicine.

They may not be fully understood, but make no mistake, migraines are very common. According to the Office on Women's Health, roughly 29.5 million people in the U.S. alone experience migraine pain, and in fact, three out of four people who have migraines are women.

Clearly, there's still a lot to discover in terms of how migraines begin and what the best strategies are for treating them. For now, though, here are some signs that can mean you're dealing with a migraine, not a headache.

I can tell you from experience that migraine auras are pretty strange. Sometimes they look like flashes of light in your eyes, or little streaks of color, but according to the American Migraine Foundation, they're a surefire sign of migraines, as they typically happen "shortly before a migraine attack," almost like a warning sign of the pain. Though, as the foundation notes, auras are somewhat unique, in that only about 25 to 30 percent of people with migraines experience them.

In addition to seeing things like sparks, big bright dots, or zig zags, auras can also cause "tingling on one side of the body or an inability to speak clearly," according to the foundation, and the symptoms can last for as long as an hour.

You notice that certain things trigger the pain

Do your symptoms seem to pop up after you drink caffeine, or perhaps when you're really stressed out, or when you haven't slept? According to Dr. Sara Crystal, neurologist and headache specialist for the migraine solution company Cove, while some research indicates that migraines may be genetic, certain "triggers" can lead to the pain as well, including stress, changes in sleep schedule, hormonal changes, caffeine overuse, medication overuse, alcohol, certain foods, odors, and bright lights, among other factors.

"Triggers are very personal to each person, which is why there’s no one-size-fits-all treatment for migraines," Dr. Crystal tells Elite Daily.

Your senses are especially sensitive

One major factor that can distinguish a migraine from a headache, says Dr. Brad Katz, migraine expert, neuro-ophthalmologist, and professor at the University of Utah, is your sensitivity to certain details in your environment (think sounds, lights, etc.), which can sometimes lead to symptoms like nausea and an upset stomach. In other words, part of what makes a migraine a migraine and not a headache, is the uniquely gross feeling you get all over your body whenever the pain comes over you.

At the same time, though, Dr. Katz notes in an email to Elite Daily, while some people experience migraine symptoms that are downright incapacitating, others might simply deal with things like fatigue or muscle aches — which, of course, still doesn't sound that pleasant, but hey, it's probably better than feeling nauseous all the time, right? Again, it all depends on the person.

There's a history of migraines in your family

Dr. Katz tells Elite Daily that one of the first questions he asks his patients is whether or not anyone in their family has ever experienced migraines, because again, there's a fair amount of research out there that suggests the condition is genetic, per the Cleveland Clinic.

Overall, while you might know how to treat your migraines and your symptoms after dealing with the pain for such a long time, if they're plaguing you for more than half the month on average, says Dr. Katz, it's definitely time to see a health care professional about it.